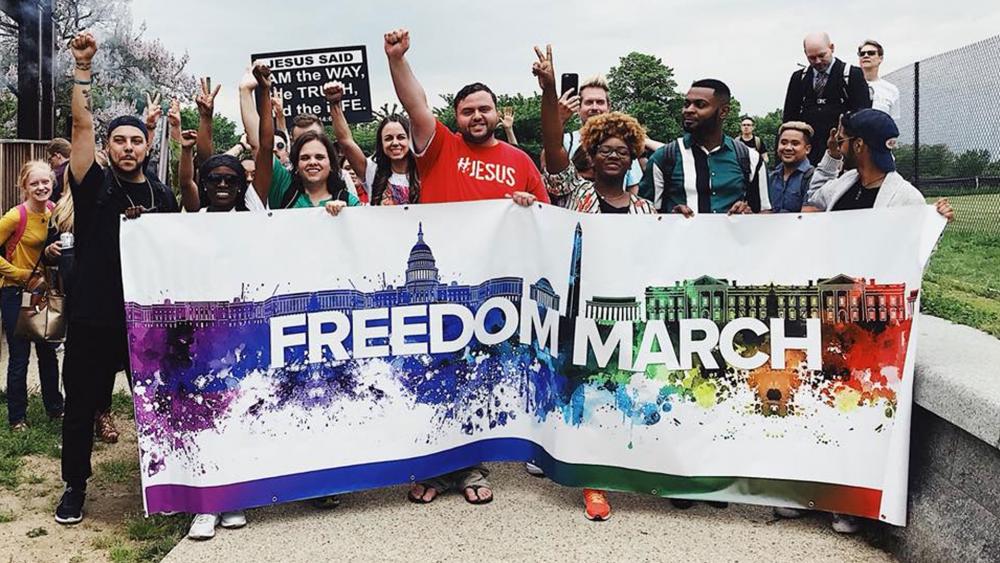 A group of ex-LGBTQ people are getting ready to take the streets of Los Angeles, California to declare the transforming power and love of Jesus Christ.

The march takes place on Nov. 4 and will feature worship, praise, and testimonials from people who call themselves former homosexual, bisexuals, and transgender individuals. Each person comes from different parts of the country but all of them have the same message -- there is freedom from sexual confusion and sin through Jesus.

It is the second Freedom March since the first one in May, which took place in Washington D.C. It featured two survivors of the Pulse nightclub shooting, who say they left behind their LGBT lifestyles after the attack to have a transformative relationship with Jesus.

"Going through old pictures of the night of Pulse, I remember my struggles of perversion, heavy drinking to drown out everything and having promiscuous sex that led to HIV," Luis Ruiz told CBN News.

"It wasn't a gay to straight thing. It was a lost to a saved thing. Someone encountered me and told me how much God would change me if I stopped doing it on my own strength. If I fall in love with Christ, he would do everything else," he explained.

Jeffrey McCall, a former prostitute who lived as a transwoman named Scarlet, is the founder and CEO of the Freedom March.

He told CBN News he wants former LGBTQ people to have their voice heard. He wants the world to know that you can change your lifestyle, no matter who you are.