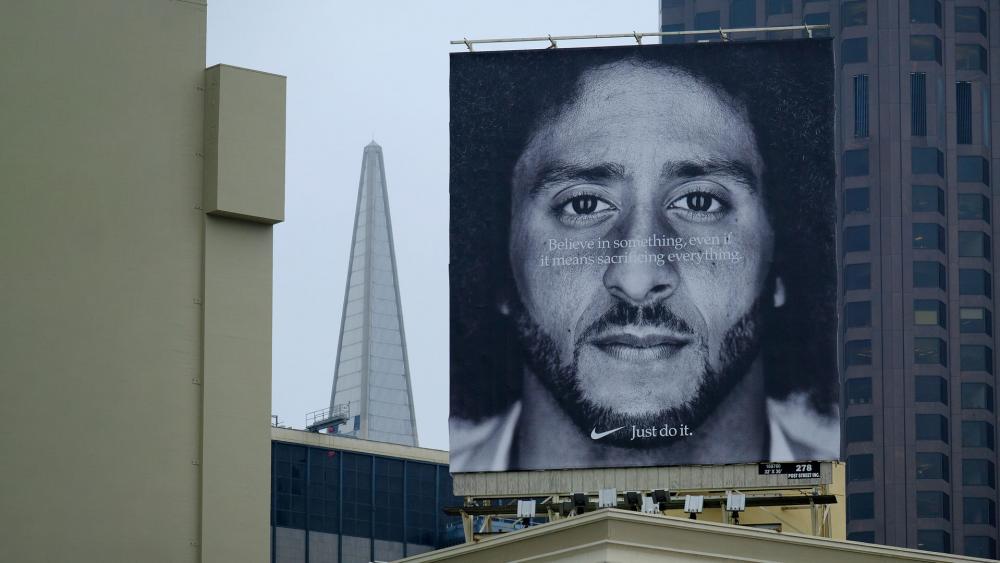 A new report from the technology website Morning Consult shows Nike's image with consumers took a big hit after the company announced a new ad campaign with former NFL quarterback Colin Kaepernick, who began the movement of kneeling in protest during the playing of the national anthem before games.

The campaign, "Believe in something. Even if it means sacrificing everything," has been popular with elites but has bombed with Main Street.

Believe in something, even if it means sacrificing everything. #JustDoIt pic.twitter.com/SRWkMIDdaO

"Across nearly every demographic, perceptions of Nike's brand have fallen, including among key consumer groups," Morning Consult reported.

After Nike made the announcement, President Trump tweeted, "What was Nike thinking?"

College of the Ozarks, a private Christian school, says it is dropping Nike over the Kaepernick ad.  College President Jerry C. Davis said, "If Nike is ashamed of America, we are ashamed of them."

"American Sniper" widow Tayla Kyle slammed the idea that Kaepernick, who has not been able to get a job in the NFL, has sacrificed much, saying, "At best, that is all Colin sacrificed… some money, and it's debatable if he really lost his career over it."

She adds, "That whole 'sacrificing everything' is insulting to those who really have sacrificed everything."

Along those lines, some have pointed instead to Pat Tillman, the NFL player who left his football career to become a US Army Ranger after 9/11. He was killed in Afghanistan.

It didn't take long for a brilliant counter-proposal to #Nike to come along. Pat Tillman actually did sacrifice everything. #AmericanHero #USA pic.twitter.com/4NK2Oi4WPJ 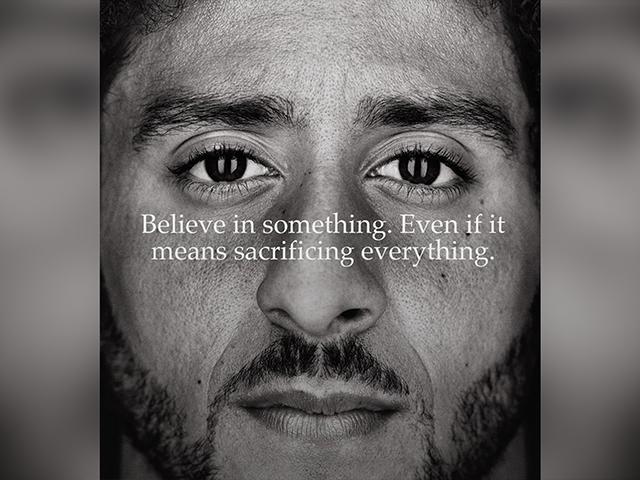