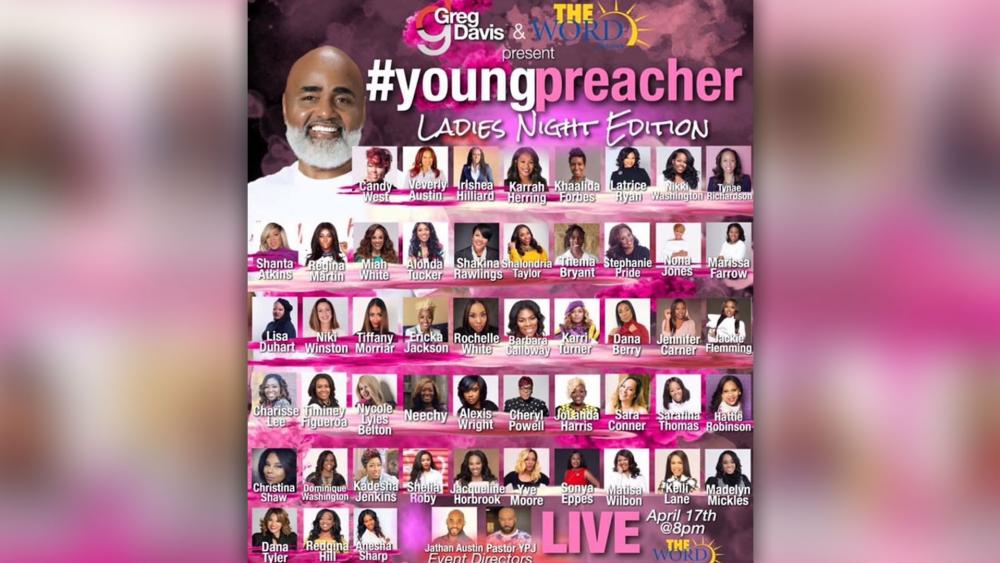 The nearly two-hour broadcast, which was also streamed on the network's Facebook page, was hosted by Bishop Greg Davis.

The first topic of the night was about how this generation of women preachers differ from previous generations of female ministers.

"According to George Barna Research group, it's tripled, I would say since 1994, women pastors, women in ministry," said Evangelist Tiffany Morriar, founder of GLAM Empowerment Network.  "I think that's because there is a correlation now with female empowerment. Previous generations did not incorporate female empowerment. So, now we're giving voice to issues that haven't been addressed in previous generations."

Dr. Hilliard said, "We stand on the shoulders of the generation before us. We would not be here and where we are had they not paved the way. So yes, our style may be different. Our approach may be different. But the ministry is still the same. And I think you've got women leading in all areas, which makes it a little easier for us to lead in this area."

Several women commented on the importance of the #MeToo Movement and sexual harassment and abuse within the church.

Karri Turner of Atlanta said, "I think it's interesting in terms of the MeToo Movement and what has happened in the entertainment industry. We know it has happened in church year after year, day after day, unfortunately."

"A part of the challenge is women having to navigate places that are safe for us," added Turner.

Jones suggested, "We need to stop covering for people because that's how people get hurt. I have had that happen. I had a very prominent pastor send me a picture of his crotch because he thought that I liked him. And I had to politely tell him no sir I am married and there's no platform that you can give me that is worth what you are asking me."

Panelists also tackled the issue of women breaking through the so-called 'glass ceiling' in ministry.

"I've been on a pastoral team in three different states, three different denominations," said Jennifer Carner of Atlanta. "And one thing that I've noticed is that women are often tolerated instead of being accepted. I think it's important if we're going to continue to crack and break this glass ceiling that we accept women for their gifts, credentials and all they bring to the kingdom."

Kellie Lane-Agueze had a different take on the subject. "I feel like God is positioning women now to where it doesn't matter if anyone lets you in," she explained. "I feel like God is doing something so amazing, like so many power houses in the room that there's so much fruit that at this point, we cannot be denied. And because we cannot be denied, it doesn't matter whether someone accepts us or not because when God calls you."

The ministers also weighed in on the issue of equal pay for women preachers.

"I think there is a difference between the way men's honorariums are treated to women's, and black women especially," said one panelist.

Davis said he witnessed inequality regarding female preachers first hand. "I was married for twenty years to Pastor Kim Davis, she preached at the same church that I preach at," he said. "My check would be one thing; same amount of work. And I was offended by it."

As the evening went on, pitfalls and addiction to social media also came up.

"When it does promote you, more than it does God," shared one panelist. "I think of course social media is a wonderful platform. But when we are so consumed with filters and how we look and pushing, us, us, us, I think it becomes dangerous.  So, we have to have a balance between it."

Dr. Nycole Lyles-Belton from Atlantic City, NJ said, "I think when social media gets to a place where it's infecting your life and not being a positive effect in anyone else's life, you need to get off. We noticed when there was a moment when Instagram wasn't working, and Facebook was down that many people were losing their minds. If we lost Facebook and we lost Instagram, would your life still be valid?"

Meanwhile, more than 70,000 people viewed the broadcast on Facebook.

Victoria Osteen: A Message for Women