'The Moral Imperative to Fight for The Right to Life': Jentezen Franklin Invites Christians to 'Life Is Beautiful' Meeting April 13 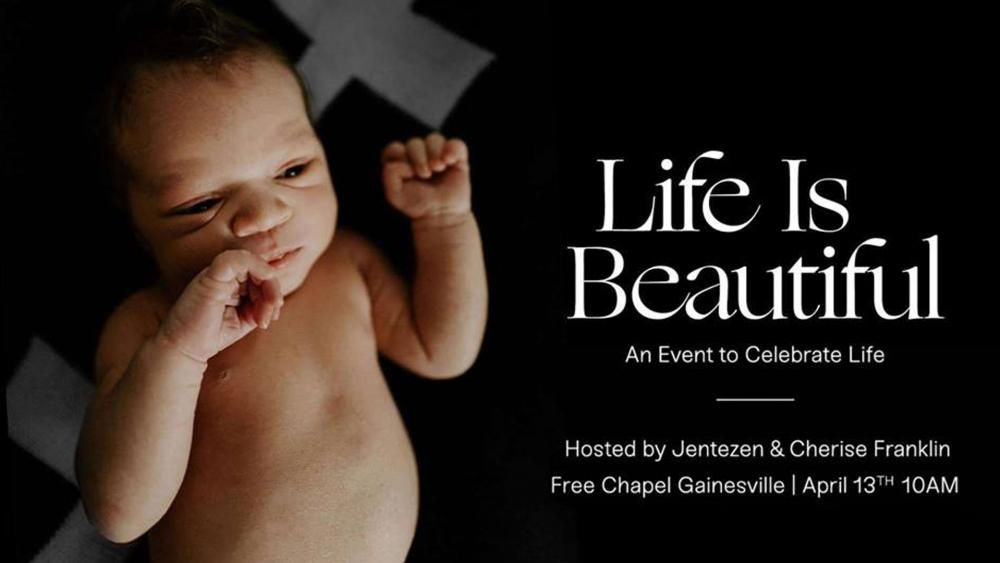 Pastor Jentezen Franklin has invited national Christian leaders, public servants, and the church community to a "family meeting" to present a response to the increasing national focus on issues related to abortion in the US.

The "Life is Beautiful" meeting is scheduled for Saturday, April 13 at the Free Chapel's campus located at 3001 McEver Road, in Gainesville, Ga.

Among the leaders, politicians and faith leaders expected to attend the event or via live stream, the meeting will also feature special guest and abortion survivor, Gianna Jessen, who will share her inspirational, true story.

The morning meeting will begin at 10:00 am and will conclude at 11:50 am with a ceremony where butterflies will be symbolically released in solidarity with the unborn and their mothers.

"There's a disturbing trend happening across the country where unborn children are increasingly treated like a burden to bear, not a constitutionally protected life to be celebrated, and all of this at a time in America where more Americans than ever are pro-life," Franklin said in a press release.

"Many of the nation's so-called family planning clinics have become, almost exclusively, storefront abortion providers which provide no serious alternative to those who come to their clinics and especially for those who aren't sure abortion is the right choice for them to begin with," the press release said. "Ending the life of the unborn has become too easy, too quick, and all the way to the point of birth in the United States. I never imagined in America we would be speaking up for the 'life of the born, not just the unborn.'

"For all of these reasons, I'm calling for a family meeting—for Christians from every corner of the country, from every demographic and every political party to take a stand (and to be clear: including pro-life Democrats) to let it be known that we believe each and every life is precious in the eyes of our Creator. This isn't a political issue. This is a human rights imperative that requires a moral response from our nation's pastors and leaders whether or not they are engaged in partisan politics," the press release continued.

Franklin, 56, serves as the senior pastor of Free Chapel, a multi-campus church. Each week his television program "Kingdom Connection" is broadcast on major networks all over the world. A New York Times best-selling author, Jentezen has written eight books including his latest, Love Like You've Never Been Hurt.