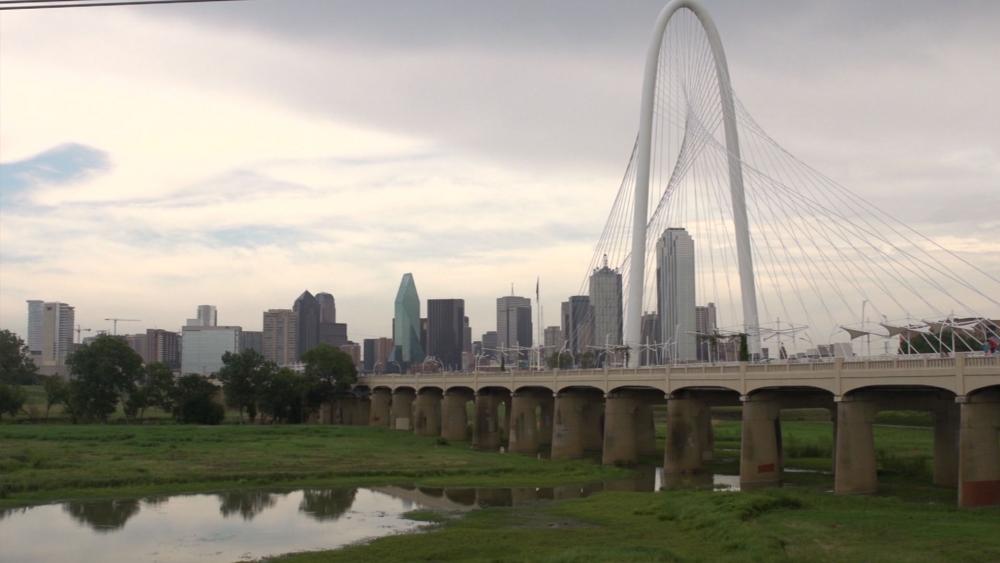 With all the pomp and circumstance you'd expect, proud graduates take the stage. But this isn't any ordinary graduation with typical commencement speakers.

"According to Proverbs 31:8, we have to learn if we want to stand out in life, stand up for people who cannot stand up for themselves," Sen. Tim Scott (R-SC) encouraged the crowd.

Each graduate is a success story courtesy of the Texas Offenders Reentry Initiative (TORI) - a ministry of the Potter's House in Dallas, a church headed by Bishop T.D. Jakes.

The TORI program boasts an impressive 11 percent recidivism rate, while the national average sits at about 50 percent.

It's a remarkable achievement which Scott says surpasses the work of the US government.

"Imagine what would happen if we had enough investors and judges and sheriffs and police chiefs and DAs and Bishop Jakes all around the country," said Scott. "That's how you make the community safer."

Inside TORI headquarters, staff members are hard at work preparing citizens for success as they return to life on the outside.

In 2005, former offenders flooded Dallas homeless shelters, unable to find work, housing or a way forward. That's when the city reached out to the church.

"Bishop did a clarion call to the congregation and said here's the issue. Here is what our community is saying," Tina Naidoo, TORI's executive director, told CBN News.

"I know there are judges in here, there are lawyers and teachers and doctors, social workers. All of these professions are in the church. Now let's figure out what we need to do," she continued.

"That landlord may not rent to you but they'll rent to me. So I'll go in there and I'll tell them about the TORI program, how much they've progressed in a short amount of time, and how this tenant may be the most loyal tenant you'll ever have," explained Naidoo.

Fourteen years and more than 20,000 success stories later, the program is thriving.

"This is not rocket science. It's Maslow's law; hierarchy of needs. It's every human's basic needs," explained Naidoo. "If we would make those accessible to our citizens that are coming home, we would have to build less prisons."

A key element of this reformation process is it doesn't just begin outside of the prison. Some volunteers meet inmates before their release – people like Shane Gregory, a former offender who can relate, because, he's been there.

This time, he would return as a TORI volunteer.

"I heard my spirit ask me, 'What do you think I brought you out for?' ...TORI really blessed me to see the effect on them actually seeing somebody like themselves, that has actually made up their mind they're not coming back," he said.

Veronica Berry, a former client and now successful business owner, says she owes it all to the lessons learned here at TORI, both educational and spiritual.

"Trust God. Do not give up on yourself and do not give on that hope," she encouraged.