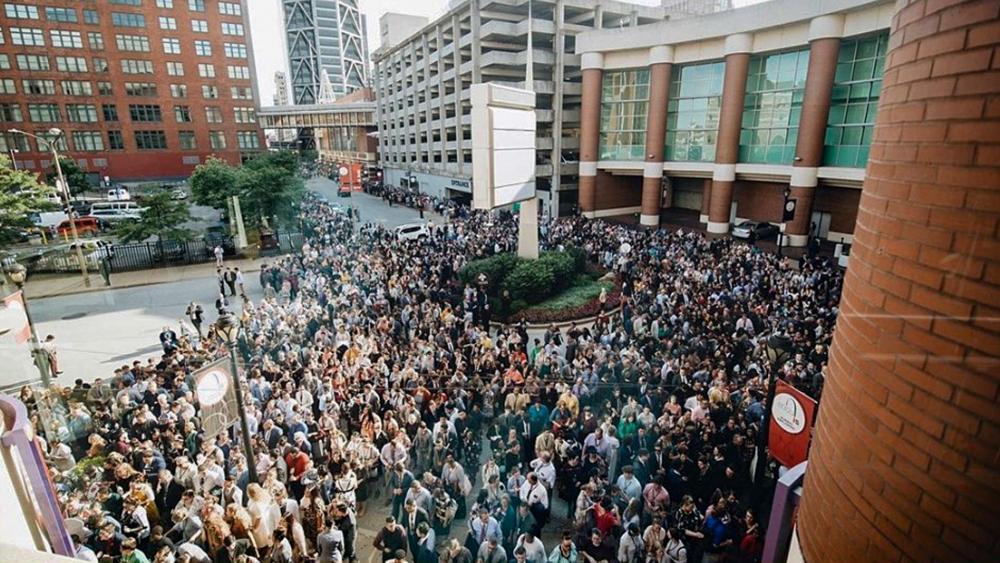 An estimated 36,000 young people from across the nation and around the world are attending one of the largest Christian youth events in the country -- the North American Youth Congress (NAYC) at the Dome at Americas Center in St. Louis, Mo. this week. And the young people are leaving something good behind for the community after the congress ends on Friday.

The three-day NAYC is filled with worship, preaching, networking and community service.

Sponsored by the United Pentecostal Church International's Youth Ministries team, the students and their chaperones are thinking forward as to how they can help people when disaster strikes the St. Louis region like it did last June when the Mississippi River overflowed its banks for miles.

So, conference attendees are celebrating "Serve Day" on Friday.

"We're going to be filling 2,000 buckets for disaster recovery, which in times of disaster, will be distributed and put together at this location," Superintendent Missouri Division UPCI Bryan Parkey told television station KTVI.

From 2:00 pm to 4:00 pm, the young people were filling the buckets with products provided by the disaster relief organization Reach Out America and Feed the Children.  Each bucket provided by Lowe's is filled with items worth $75, according to the television station.

"We work with corporations all across the country to get cleaning supplies and personal care items. We also look to get the products to help a child as they go back to school after being impacted by a disaster," said Feed the Children's John Ricketts.

Serve Day is about giving students an opportunity to live out the theme of this year's NAYC, which is "Kingdom Come," UPCI Youth Ministries President Josh Carson told the St. Louis Post-Dispatch.

"Jesus told us to pray that His kingdom would come and His will would be done on earth," Carson said, referencing the Lord's Prayer as recorded in Matthew 6. "That means we are called to serve the needs of others, particularly when they are suffering through a crisis."

The UPCI is a Oneness Pentecostal organization with approximately 4.9 million members worshiping in 42,000 churches across 228 nations and territories. The organization is headquartered in Weldon Spring, Missouri.