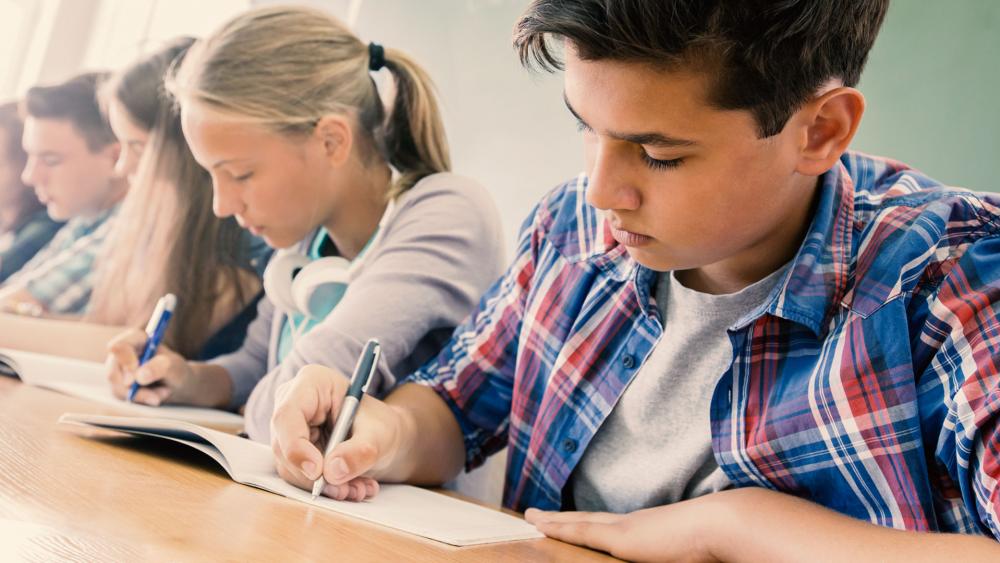 The California Legislative Jewish Caucus wrote a letter outlining their concerns with the current draft of the Ethnic Studies Model Curriculum (ESMC), which was created to teach students how to engage with marginalized groups.

"The ESMC is inaccurate and misleading in several critical respects and is drafted in a manner that reflects an anti-Jewish bias," the caucus said, adding that the course "fails to discuss antisemitism, reinforces negative stereotypes about Jews," and "singles out Israel for criticism."

The curriculum was drafted by a committee of California teachers in response to the passage of a 2016 bill that requires the State Board of Education to create an ethnic studies curriculum to serve as a guideline for school districts across California.

If approved, it will be the first state-level curriculum on ethnic studies in the country.

The caucus says Jews are "essentially excluded" from the material, which it claims was "intentional and reflected the political bias of the drafters."

Students are required to learn about hate crimes, discrimination, white supremacy, and Islamophobia, but Jewish leaders say a "meaningful discussion" about anti-Semitism is omitted.

The curriculum dives into the Israeli-Palestinian conflict "with strong bias and little nuance" and teaches students song lyrics that assert that Israelis "use the press so they can manufacture," a common anti-Semitic trope about Jews controlling the media.

"It's difficult to fathom why - especially at a time of rising antisemitism and real fear in the Jewish community - the State of California would want to actively promote a narrative about Jews that echoes the propaganda of the Nazi regime," Jewish leaders said.

The model curriculum also presents a one-sided definition of the anti-Israel BDS movement and compares it to civil rights movements in the US.

The caucus says BDS is given an unequal amount of attention compared to other movements and is "widely perceived by many in the Jewish community" as an effort to discriminate against Jews.

Jewish leaders are not the only ones to take serious issue with the proposed guidelines.

'An Exercise in Groupthink'

The Los Angeles Times Editorial Board strongly condemned the proposed ethnic studies curriculum, saying it "feels like an exercise in groupthink, designed to proselytize and inculcate more than to inform and open minds. It talks about critical thinking but usually offers one side and one side only."

The editorial board reports that the curriculum lists both capitalism and racism as 'forms of power and oppression.'"

The board says students also get one-sided lessons on the Black Panther Party, the Third World Liberation Front, the Occupy Movement, and the BDS movement.

"What happened to studying a range of ideas, reflecting a variety of ideologies and perspectives, and having students take sides, dispute and debate those ideas, honing their research and thinking in the process, and ultimately deciding for themselves?" The Times asks.

The public has until Aug. 15 to comment on the draft.

You can read the draft of the curriculum here.

Anti-Semitism Spiking: 'They Start with Jews, but They Never Finish with Jews'
CBN News Email Updates