Wife of Missing Firefighter Focuses on Prayer: 'I Know That Ocean Is Large and My God I Serve Is Larger' 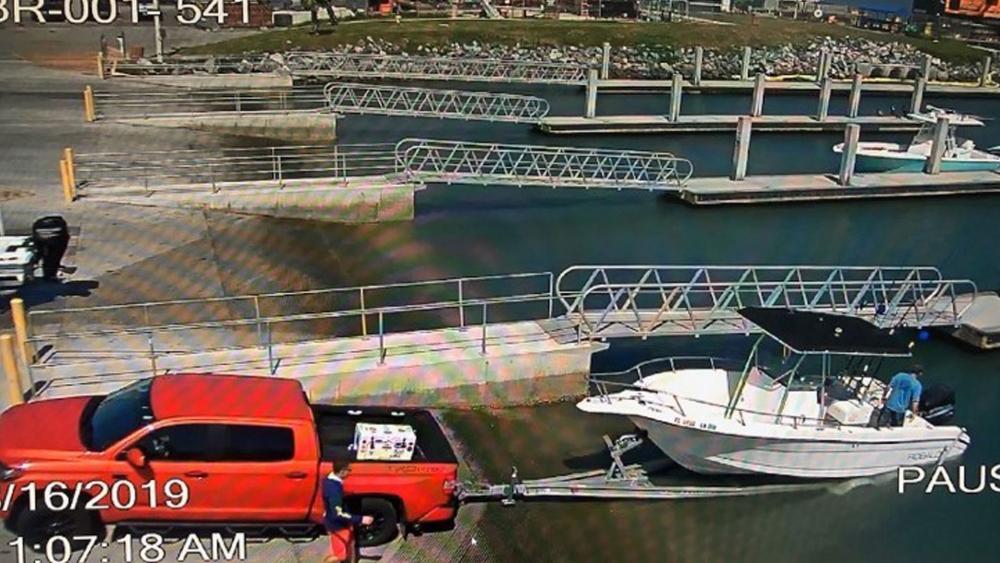 As search efforts continue for two men who are missing in Florida, one woman is clinging to continued prayer and her steadfast faith.

Stephanie McCluney is relentlessly combing the beaches during prayer walks, hoping to find a sign of where her husband and friend could be.

Brian McCluney and Justin Walker launched their 24-foot boat on August 16 in Port Canaveral, but have not been seen since.

.@USCG crews are searching for 2 overdue boaters near #PortCanaveral. Brian McCluney and Justin Walker were last seen Friday and reported to be going to the 8A Reef. #HappeningNow #BreakingNews

"It was supposed to be a fairly short day on the water. He was excited to get out there on the water," Stephanie told First Coast News.

Brian served as a medical corpsman in the Navy and was a firefighter and paramedic for the Jacksonville Fire Department.

Stephanie said, "He's probably one of the most humble kind-spirited man that I've ever met. I've never experienced a man to that caliber."

She said her strength and courage to continue searching comes from her spiritual force of faith.

"I have an army of support. I know that that ocean is large, and my God I serve is larger. He can change the winds and the waters at His command. I have faith, I have so many prayer warriors behind me."

Stephanie's church, the fire department, and family have supported her with assisting in search efforts and never leaving her side.

Want to know about our bond with each other? These are the times that we come together to accomplish amazing things...we have about 11 boats with nearly 50 firefighters assisting @USCGSoutheast with search out of Vilano and Daytona beach this am. #jfrdstrong #fairfaxfirefighters pic.twitter.com/SWe4Gm3NFJ

"I feel so well held between my spiritual family, my fire family, and my family family," she said.

Beach walks have been organized to cover the beaches and water in prayer. Donations can be given online and will go to the resources being used during the search efforts and for the families.

Help Find Them! Fund to help find FFs McCluney and Walker. Due to the amount of people wanting to help in the search efforts for Firefighters Brian McCluney and Justin Walker. We have set up this link so donations can be achieved online. https://t.co/He69fvmKmM pic.twitter.com/aGoPYbLHNP

"Today is the day. All of the prayers, texts, messages, comments are so very encouraging and helped through the long night. Thank you," she posted. "Eyes on the horizon, eyes out and comb the beaches and the waters. He's going to find his way home."