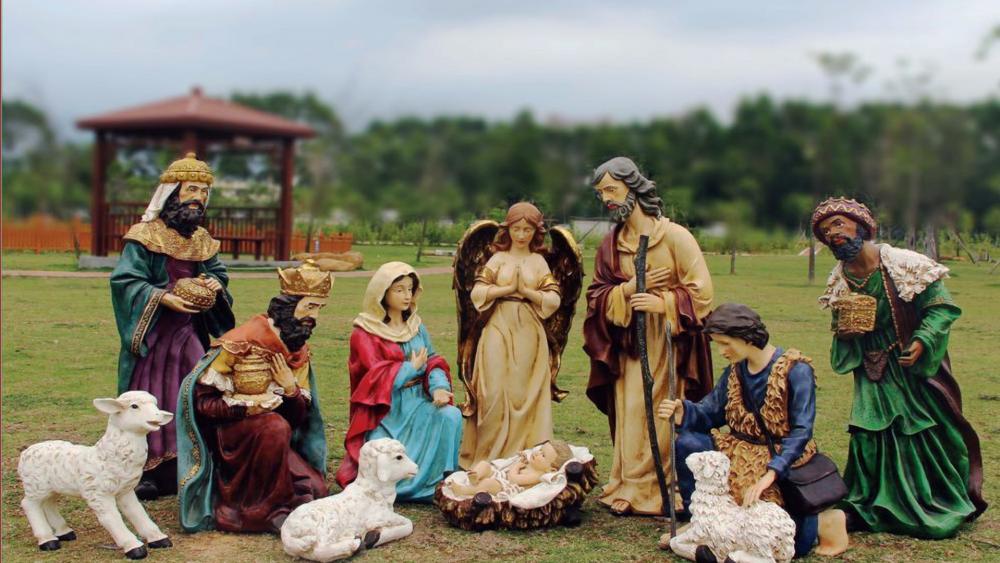 It's been a tradition in Rehoboth Beach, Delaware for nine decades. A nativity on the town circle. Not any more.

A church tried to renew the local tradition of displaying a nativity scene last year and asked the city for permission. Understanding they had permission, Saint Edmond Church, supported by the Star of the Sea Council 7297 (the Rehoboth Beach Council of the Knights of Columbus), put the nativity scene back.

It was just one of many holiday displays that are placed on the site every year, including a Christmas tree, holiday lights, and light displays, and a large Santa's House on the Boardwalk erected, owned and displayed by the local Chamber of Commerce.

But one day after the display went up, the city called and ordered the nativity scene removed, saying the religious display could not be on public property.

The decision proved to be unpopular with many local residents. Last month, during a television interview about the nativity display, Mayor Paul Kuhns said, "City policy is not to have religious displays (like the nativity scene) on public property or city property."

The Knights of Columbus then asked if they could place a nativity scene on the Boardwalk near the town circle, like the Chamber of Commerce is allowed to do with its Santa's House.

According to the First Liberty Institute, a religious rights law firm, the City of Rehoboth Beach's policy goes against long-standing US Supreme Court opinions that even government-sponsored nativity displays are lawful in holiday displays when accompanied by secular and religious components, and that religious discrimination is unlawful.

First Liberty, on behalf of the local Knights of Columbus organization, sent a letter to the city urging officials to change their policy to align with the Supreme Court and allow the nativity display.

In its letter, First Liberty explains that both the "blanket ban on religious displays" and "the City's prohibition of KOC's religious Christmas display while allowing a secular Christmas display by another local organization" is "textbook viewpoint discrimination."

"The City has prohibited KOC from displaying a crèche as part of the holiday displays on or immediately adjacent to the Bandstand circle solely because the crèche is religious. Such viewpoint discrimination is repugnant to the First Amendment, unlawful, and provides KOC 'entitlement to relief.'"

"City officials either have terribly wrong information or such animus toward religion and people of faith that they would rather break the law than allow a Nativity display at Christmas time," said Roger Byron, senior counsel for First Liberty Institute. "It is a blatant violation of the First Amendment to ban religious displays from public property. We hope the city officials are simply misinformed about the law. We encourage them to follow the law and allow the Knights and the people of this town to continue the beloved tradition of a crèche as one of the holiday displays at the Bandstand circle."