Worship Leaders Lift Jesus in White House: 'Let This Sound Give You Great Hope for America!' 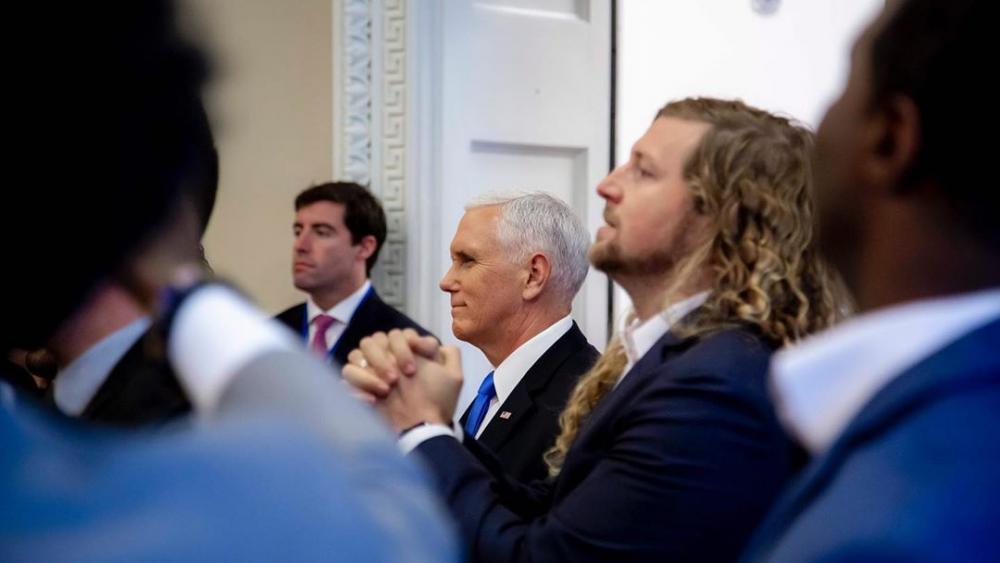 IN CASE ANYONE OUT THERE IS WORRIED ABOUT THE FUTURE OF AMERICA TODAY... INSIDE THE WHITE HOUSE RIGHT NOW. . #WorshipTakeOver #DontLoseHope @seanforcongress

Brian and Jenn Johnson, Kari Jobe and her husband Cody Carnes, Eddie James, and White House aide and pastor, Paula White, can be seen raising their hands and singing "Nothing Else", written by Carnes.

Feucht, who recently announced his bid for Congress, wrote that the group was invited to the White House.

"We were invited by this administration to worship inside the White House today," he wrote. "Let this sound give you great hope for America!"

We were invited by this administration to worship inside the White House today. . . Let this sound give you great hope for America! . . #OneNationUnderGod

According to the event's photographer, Jonathan Williams, Vice President Mike Pence dropped into the "#faithbriefing".

This is not the first time that a "Faith Briefing" has occurred at the White House. These meetings are designed to give an update on all the faith-based initiatives that have been introduced by the Trump administration. Faithwire previously reported that a similar briefing took place last November and spontaneous worship broke out among the leaders there.

In a Facebook post, Feutch mentioned that he was able to pray with President Trump and Vice President Mike Pence.

"On the outdoor steps, the hallways and the rooms of the White House today (including the Oval Office), worship, prayer, and blessings flowed from a bunch of songbirds," he wrote. "We came from across the nation, heard incredible testimonies of God moving, and believe we left a deposit of grace, peace, and hope."

In another Instagram post, he encouraged his followers to not worry about America's future, writing, "#WorshipTakeOver" and "#DontLoseHope".