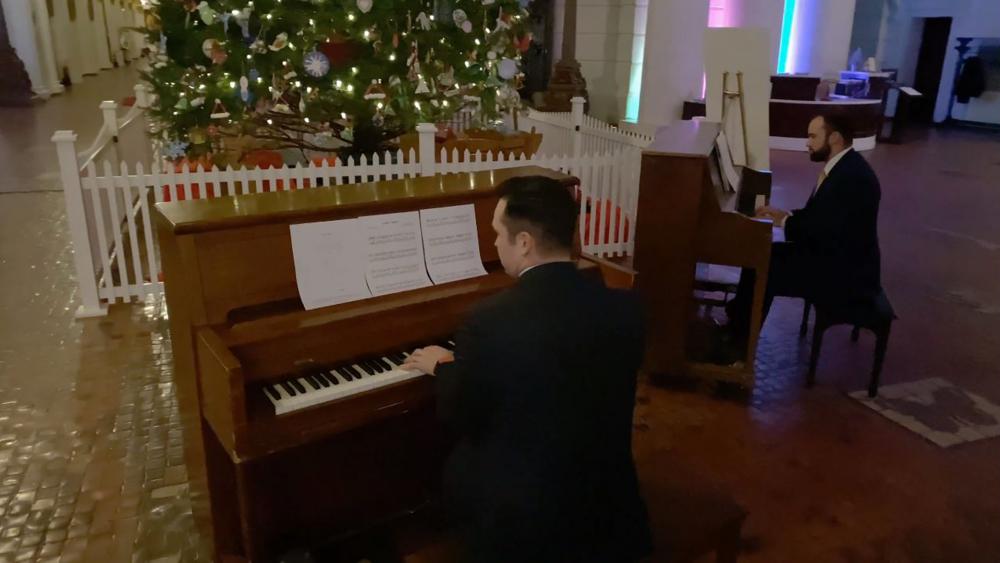 State reps. Andrew Lewis and David Row documented their efforts to bring in the second piano from the other side of the capitol building as well as their short concert in a video posted to Facebook.

"We have known each other since we were kids and we actually both ironically play piano," Lewis said. "So we have discovered two pianos and it's kind of late in the Capitol, so nobody is here to stop us. So we are going to bring the true meaning of Christmas to the rotunda with an awesome duet ..."

"We've cleared this with absolutely nobody," Lewis added.

Lewis's video shows the pair rolling one piano to the rotunda next to another piano.  The Capitol Christmas tree towers above the two as they sit at the pianos and perform the song.

The video has received thousands of views and more than 5,500 shares.