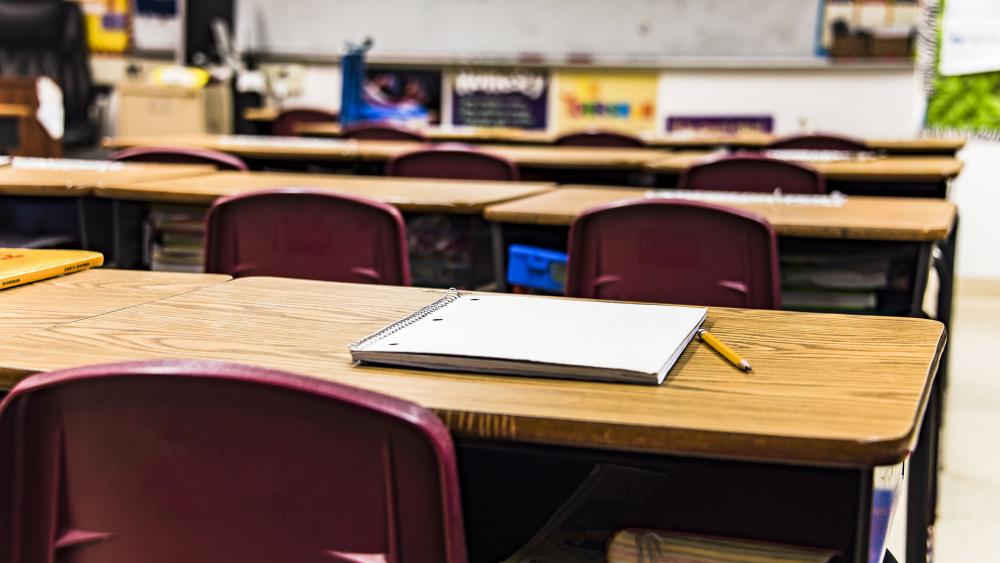 Daniela Barca was baffled and disappointed when school officials told her she couldn't start a Christian club at her high school because....well because the Christian club "couldn't be limited to the Christian faith."  She was told she could talk about the impact of different religions on culture and topics like that. But to get the club going in her high school, school administrators said she had to make the club's purpose more "generic,"  and Daniela's stated purpose "to gather and talk about spreading the hope of Jesus" just wouldn't do.

Daniela started thinking about a Christian club back in the summer and hoped to start one once she began her freshman year at Roy C. Ketchum High School in Hopewell Junction, NY.  She even contacted a teacher she knew there to see if she would be the club's supervising teacher. Daniela explained to the teacher, Barbara Hargraves, that the general idea of the club was to "have discussions about living for God in a godless society, and maybe end in prayer."

Hargraves said she was "open to the idea" of being the club's sponsor, and then helped Daniela get the proper application form to officially request to organize a new club, which she planned to call "OMG! Christian Club."

Daniela got busy on it right away.  As school began, she hoped everything would be in order for the club to participate in a soon-coming event raising awareness about human trafficking.  But that event came and went with no word from school authorities.  Disappointed, Daniela then set her sights on September 25, hoping the new club could participate in "See You At The Pole," a nationwide event where students gather around the flag pole to pray for their school.  But "See You At The Pole" passed with still no response to Daniela's request.

Come to find out weeks went by, even months.  Seems at first folks at the high school lost her application. Then they found it. Daniela didn't give up and kept trying to get an answer, but school administrators would not respond to her in writing, but instead, insisted on meeting with her one-on-one.  Finally, David Seipp, the high school's principal, gave Daniela the official word.  According to the First Liberty Institute, a religious liberty law firm, he informed Daniela in person that her club could not be recognized because it would be "seen as exclusive."

Undaunted, Daniela refused to give up. She appealed Seipp's decision and contacted Assistant Superintendent Daren Lolkema of the Wappingers Central School District.

In her email to Lolkema, she tried to explain further why she wanted to form this new club, saying, "I am a Christian. But sometimes it seems like I'm the only one. I want to start this club for other students like me so we can support each other in our beliefs. The school district celebrates diversity and the right to express who you are. All I want is to be allowed to express who I am. Everyone deserves as much. Please get back to me as soon as you can."

She also added a link in her email to the Equal Access Act of 1984, a long-standing federal law that prohibits schools from denying religious clubs' access to school facilities when access is granted to secular clubs.

But Lolkema upheld the decision anyway, and denied approval of a club with "specific religious purpose."

So yes, by now, Daniela had an attorney.  And by now, her father, concerned about his daughter's rights, wrote to Lolkema himself asking why his daughter had been refused.  Lolkema responded that he admired Daniela's "advocacy on this idea and her resolve to pursue this further."  But her request had to be denied because, first of all, the stipend paid to the required supervising public school teacher "couldn't be paid for a religious club."

He went on to describe the kind of club that would be acceptable...and this time, in writing: "A more specific example of a club we could consider would be one where the group discussed religions impact on culture and society. A theme like this is more generic, but we would have to advise that the club remain completely unbiased to any and all religions that could be discussed, you couldn't limit it to the Christian Faith."

That response prompted First Liberty Institute attorney, Keisha Russell, to warn the Wappingers Central School District that officials clearly were in violation of the Equal Access Act by discriminating against Daniela based on her club's religious content.

"Wappingers Central school officials engaged in purposeful, intentional religious discrimination against Daniela for months,"  Russell wrote in a letter to school authorities this week. "We hope this school district ends its clearly unlawful behavior and protects the religious liberty of every student in all its schools."

In light of all that's gone on, Russell wrote: "the law requires the District to resolve this grave error immediately."

In a phone interview on Friday afternoon, Russell told CBN News that the school district has already responded to her letter and that she is "confident they'll be able to work out a resolution soon."

First Liberty Institute is requesting Daniela being able to start her Christian club by Jan. 2, 2020.

In a statement to The Washington Free Beacon, Superintendent Jose Carrion said the school district intends to comply with anti-discrimination laws.

Meanwhile, Russell says that First Liberty Institute's purpose is simply to see that "Daniela is allowed to live out her faith" at school, and reports that through it all, Daniela has remained strong, "and just wants the Club to happen."