School Grinches Lose It Over 'Joy to the World': 'Nothing Triggers the Godless Like the Little Lord Jesus Asleep on the Hay' 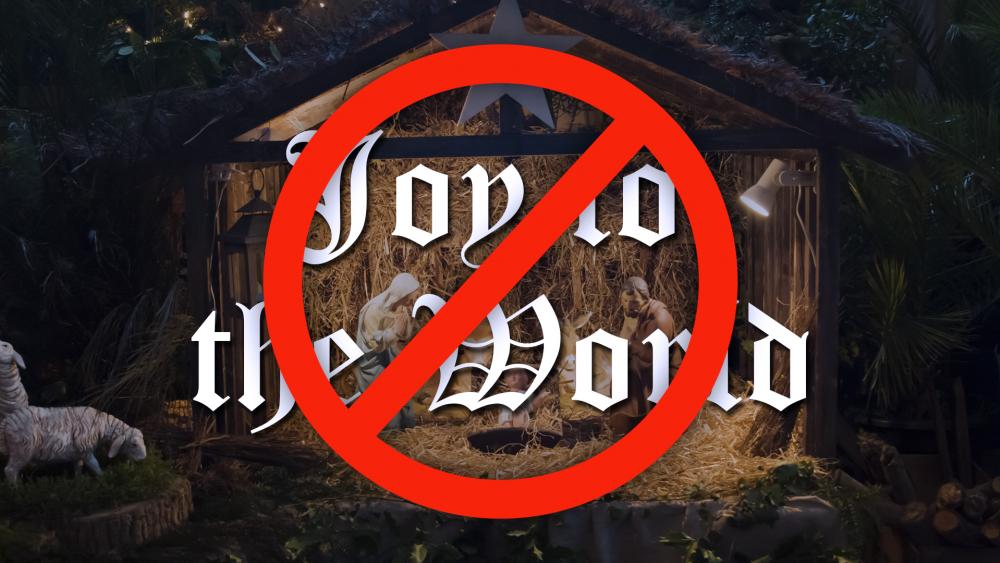 6113013905001
School Grinches Lose It Over 'Joy to the World': 'Nothing Offends the Godless Like the Little Lord Jesus Asleep on the Hay'

Conservative radio host Todd Starnes appeared on Wednesday afternoon's edition of CBN Newswatch to discuss what has become the annual war on Christmas. Newswatch is seen weekdays on the CBN News Channel.  For a programming schedule, click here.

There's been another battle in the secularists' annual war on Christmas. This time, the battleground is in northern California as a mother stands up for her daughter's right to perform "Joy to the World."

The song is a Christmas classic that many people sing to celebrate the season. However, the South Sutter Charter School told a 13-year-old Brooklyn Benzel she couldn't play the song because an education specialist said the classic carol was not acceptable because of its religious content. It was suggested that "Jingle Bells" should be performed instead because it is more secular.

The girl's mother thought there had been some mistake. After all, "Joy to the World," which celebrates its 300th anniversary this year, is one of the most iconic songs of the Christmas season.

In follow-up e-mails, though, school officials said they must "err on the side of caution" and pointed to words like "Savior" and "heaven" in the carol that they deemed problematic.

This is where the school district's decision becomes hazy.  The girl's piano performance would not actually include the lyrics of "Joy to the World"—it was purely instrumental. Moreover, the performance would not even take place at a school; it was to be performed at a retirement home for the enjoyment of elderly residents. A recording would then be submitted as part of Brooklyn's independent-study portfolio.

The Benzel family then contacted the Pacific Justice Institute (PJI) for help and legal advice. PJI's attorney Matthew McReynolds first called and spoke with the school's general counsel, and then he prepared a legal demand letter to highlight student free speech rights and the lack of justification for the school's fears.

Shortly after McReynolds spoke to their attorney, the school abruptly reversed course, telling the Benzels they had changed their position after determining that "Joy to the World" is "non-sectarian."

"We're thrilled that Brooklyn will now be able to bring joy to this retirement home with a timeless carol," McReynolds commented. "No student should be made to feel that their choice of a musical performance is unacceptable just because it has both religious and cultural significance."

"Without fail, the grinches come out every year during the Christmas season to try to take away timeless traditions and censor our speech. PJI is committed to preserving our cherished freedoms as Americans, both at Christmas and throughout the year," Brad Dacus, president of PJI, added.

In an interview with CBN News on Wednesday, conservative columnist and radio host Todd Starnes said this case is just one more example that proves "nothing triggers the godless like the little Lord Jesus asleep on the hay."

This battle may have been won, but the war for religious freedom is far from over.

PJI is currently suing another charter school operated by the same officials over similar concerns. In that case, the charter school rejected an application from a piano teacher to become an approved vendor, because they thought the name of her studio—His Song Piano—was too religious. They also said she would need to tear out or cover up songs in her piano teaching songbooks like "Amazing Grace" and "When the Saints Go Marching In."

For good measure, the charter school also told the teacher that having a Christmas recital was problematic. They continue to vigorously defend those actions in court, calling them "legitimate business reasons" for rejecting the piano teacher.