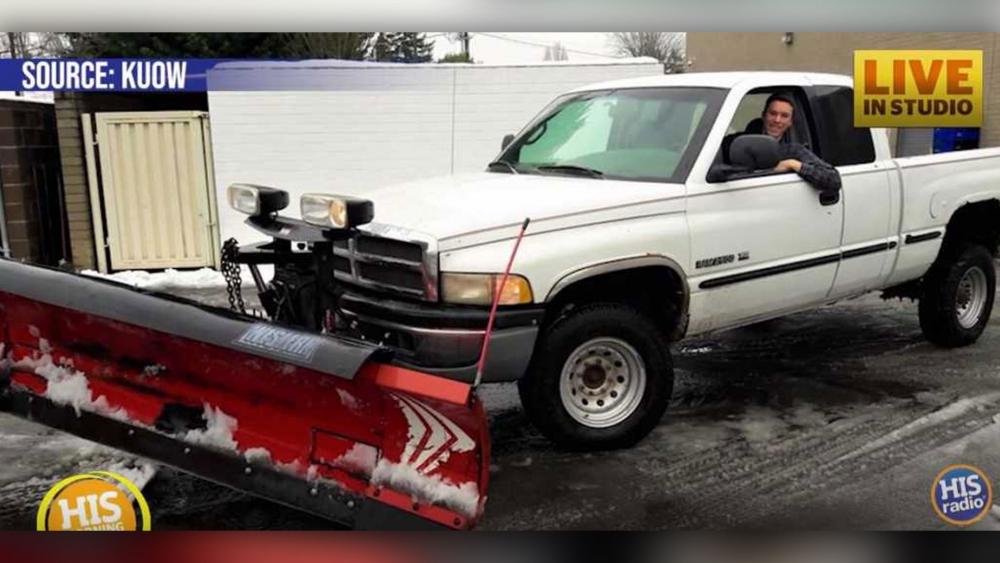 A teenager from Idaho has given away a staggering $7,000 after managing to make five times that amount in just four days. David Holston, 18, a young entrepreneur who runs his landscaping business out of Coeur d’Alene, managed to make the enormous amount of money while he was in Seattle just after the city got doused with a historic snowfall of up to 10 inches.

While visiting his mom, who lives in Seattle, the teen managed to take home $35,000 in just four days by working 12 to 15-hour shifts, starting at 2 a.m. He typically charges $125 an hour, but with the increase in demand created by a timely-placed Craigslist advertisement, he managed to ramp his rate up to $500+. After posting his ad letting locals know of his availability in the Seattle area, his phone, Holston said, began to ring off the hook.

“I hit the road with jobs lined up until midnight,” Holston told CNN. “All during that time, I was answering my phone and adding new customers to my snow route for Monday.”

He set about clearing parking lots, businesses and apartment complexes for pretty much every waking hour over the next few days.

However, despite the vast wealth he accumulated in such a short period of time, the 18-year-old is not heading out to buy a new set of wheels or go jetting off on a luxurious vacation. Instead, he has chosen to give a chunk of his hard-earned cash “to God,” and to use the rest very wisely.

“I plan on tithing 20 percent to advance the kingdom of God, buy mowers for this year’s mowing season and save the rest for buying my first house debt-free!” Holston told Fox News. “I credit all of my success to my savior Jesus Christ who died on a cross to forgive my sins and three days later rose from the dead.”

In all his work, Holston noted, he follows one simple Bible verse — Luke 12:31: “But seek first the kingdom of God, and all these things will be added unto you.”

“The Lord blessed me with the money for the sole purpose of advancing his kingdom,” Holston added to CNN. “All of the glory goes to God!”