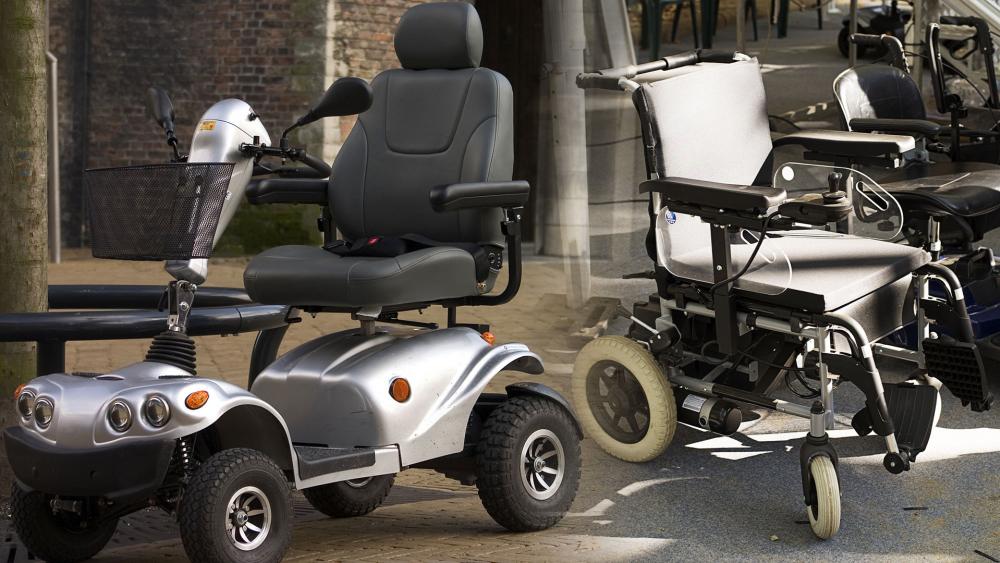 A woman is expressing her thanks after a stranger changed her life with a random act of kindness.

Susan Scates openly shared her story on Facebook, revealing how she and her disabled son Travis were on their way to say goodbye to her dying mother in Duncan, Oklahoma, when she decided to make a stop for dinner at a Cracker Barrel in Dickson, Tennessee.

She said while at the checkout, a man approached her and asked if she was happy with her son's wheelchair. Scates said that it was ok, but she didn't love it.

"He asked me if we'd like a power chair for him and I said that it was something we eventually wanted to get him," she said. Scates seemed to not think anything else of the encounter, but described what happened next with the stranger.

"He said, 'When I asked if you'd like a power chair for him, I meant that I'd like to GIVE you a power chair for him. We have a brand new one at the house that was intended for my father-in-law but he never was able to master the control stick. He never used it. I would like for your son to have it,'" she explained.

Speechless, Scates stopped and stared at the man in disbelief. "I told him he couldn't possibly know what was going on in my life but that God had used him as a blessing to show me at that very minute that He saw me in my grief, that He walked with me and loved me and hadn't forgotten me."

She said the man who wishes to remain anonymous wrote his number down on register tape and reassured how serious he was about giving her son the power chair as a gift.

So, Scates took the offer. A month later she drove to Nashville, Tennessee to pick up the brand-new power chair.

"But this experience is really more than just getting a chair," she said. "It's even more than independence for T. It's about the glory of God, His personal interest in His children, His mysterious and miraculous ways."

Admittedly, Scates said it's been "such a lesson for me about selflessness, obedience, and generosity, giving freely what you have, holding on loosely to things and valuing people more."

In that moment, she also remembered the man smiling at her while saying he was only "being obedient" to God's word.

Now, the mother's miraculous encounter with a stranger can be felt across social media. Franklin Graham decided to weigh in on the story, challenging his Facebook supporters by asking them, "Are you obedient when God speaks to you?"

As for Travis, according to WKRN, Scates said he's already planning long outdoor adventures with his new power chair.