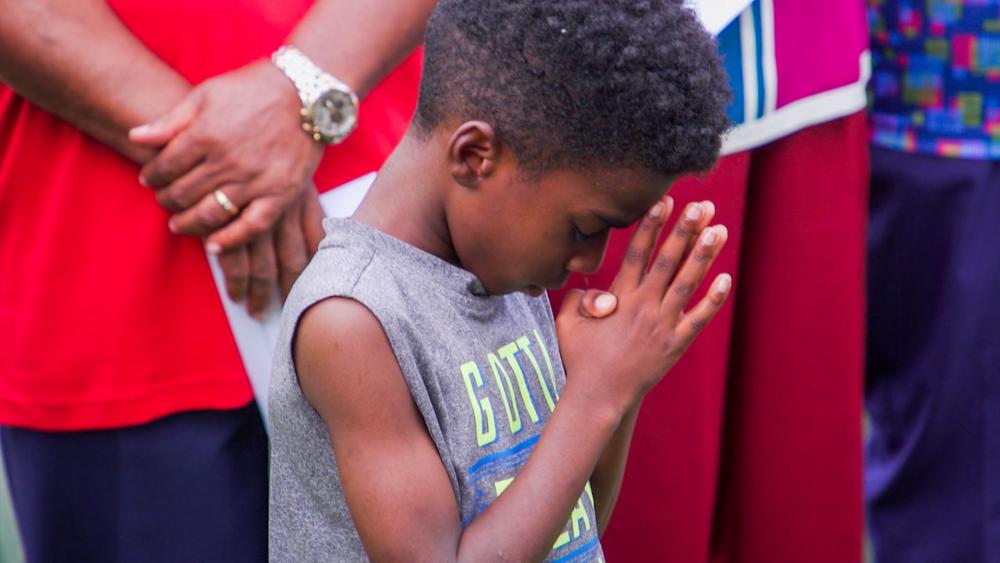 TAMPA, FL – It takes a village to raise a child – that's the motto at New Life Village in Florida, a unique intergenerational community. Its goal is to reduce the number of children in foster care and provide kids in need with a loving, stable environment.

"I want to empty the foster care system," New Life Village founder Claire LeBoeuf told CBN News. "I want to be part of a process, and that's a call from God."

Sister Claire answered that divine call by opening New Life in Tampa, Florida, where there are thousands of children in foster care.

"I was hoping that an intergenerational community such as this one would be attractive to people who otherwise could not adopt or even foster children out of the foster care system because they didn't have a support system," continued LeBoeuf.

The village doors opened in 2012 after a donor provided money to purchase a partially finished Tampa housing development sitting in foreclosure.

"These kids have really been through a lot so its like living at a YMCA where we have all these events, we have pool time, and movie night and craft time and tutoring – there's always something going on," says New Life Director Mariah Hayden.

In addition to providing a supportive community for foster children, Hayden says the community also provides affordable, low-income housing for residents in a city that's short around 50,000 affordable housing homes – a problem that Hayden says is leading to a higher number of children in foster care.

"There are many families that the children are going into the system of care because they can't afford housing," explains Hayden.

Sister Claire's original plan was that residents would be parents of fostered or adopted children, or retirees willing to care for the children or community like Sister Aline, who worked with children in the missions field.

"Being in education all my life it was a thrill to come here and be with children," Sister Aline told CBN News.

But as they prepared to open their doors, Sister Claire quickly realized this community could provide help on a wider scale.

"What God said was there are a lot of grandparents who are adopting and caring for their grandchildren and they need a lot of support," recalled LeBoeuf.

So her vision expanded to include grandparents like Antonia who needed low-income housing and help with grandchildren she was suddenly raising.

Antonia told CBN News when she heard the mission of New Life Village, "we automatically knew that God was taking us to a higher level."

"It just blew my mind, but then again, I kind of knew and felt it was definitely all God," she continued.

A New Purpose in Life for Retired Seniors

And it didn't take long for Antonia to meet Sister Aline.

"For me, Sister Aline is more than just a neighbor, she's actually an angel – our angel," said Antonia. "Anytime last minute I can always call Sister Aline and know she will always cover for the girls, for the boys, and has stayed with them numerous times."

Vivian Bordeaux moved here after retiring from teaching and now tutors the kids.

"It gives me goosebumps when I think about, that I might make a difference in that kid's life and I might be the grandmother they were never able to have," Vivian told CBN News. "I praise the Lord that I've been chosen to do this and I really feel that way."

"It's important because both of my parents are deceased, and so my kids don't have a biological grandmother, so to have someone like Miss Vivian and some of the other residents here, who take on that responsibility, give an extra hug, give a meal, come on over let me love on you kind of thing – that's really important," described Marquise.

Marquise told us many children here have been through trauma and need an understanding community.

'A Soft Place to Land'

"It's a soft place to land because life can be hard," explained Marquise. "It was just the kind of place that I desired for my kids to live. Not only a place I wanted to bring my kids up, but a place where you serve the Lord with your community, everybody has similar values and stuff – that's what brought me to New Life Village."

There's a long wait to get into New Life Village, but Dir. Mariah Hayden tells CBN News they hope to raise the money one day to finish developing the 11 acres they're blessed to own so they can welcome even more families into the village.

"Anytime we have a hurdle, a challenge around here we're such a prayerful community and we all come together and pray for what's meant to be and it's like the wind is at our backs," says Hayden.

Hayden shared the story of a miracle for one of their newest residents, a grandmother who took in her three grandchildren after the fourth died from child abuse, and a three-bedroom house opened at just the right time.

Even with this new home and friendly surroundings, at first, the kids would not leave their grandmother's side.

But then one day Hayden saw one of the boys riding around the village on his bicycle, and she knew they were going to be okay.

"That was a big moment because he felt safe enough to just take off with his bike and he was doing laps around the village with this new bicycle," said Hayden. "I saw the kids feel okay we're home, we're safe we're good."

Residents hope the trauma will be left in the past for many of these kids now that they're at New Life.

"Honestly, I just feel safe, there's a sense of community – people are looking out for each other. It's just comforting," New Life resident Tina told CBN News.

"It was really nice to know my kids were in a safe place," echoed Anna Brown.