'Disrupting the Status Quo on Behalf of the American People': Bold Changes to Medicare and Medicaid 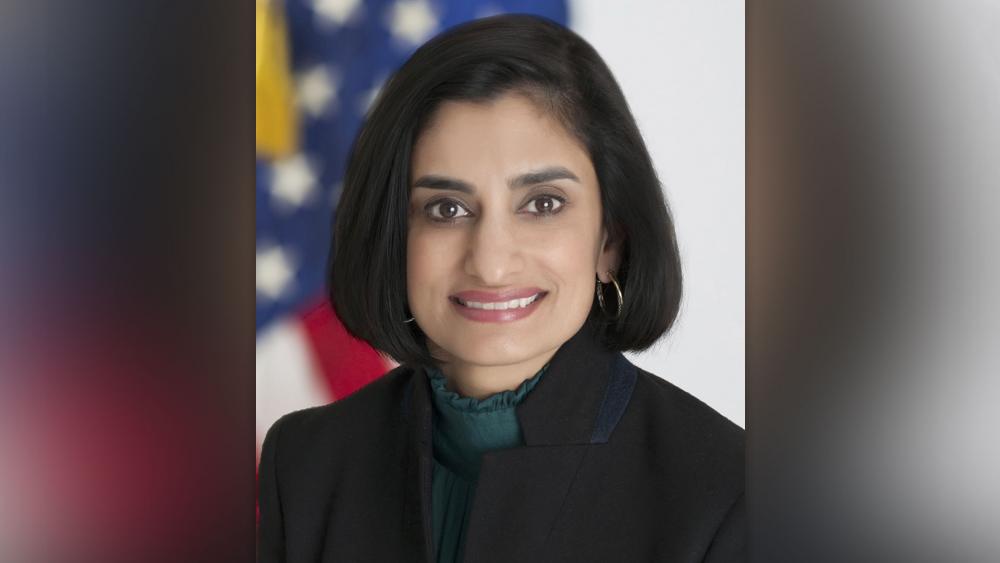 WASHINGTON – As lawmakers in Washington debate the future of health care, the Administrator of Medicare and Medicaid Services, Seema Verma, is trying to improve services under the laws still in place.

Verma was the seventh person President Trump nominated to his administration. She knew moving from the private to the public sector would be a challenge, yet she wanted to help her country – even if that meant commuting each week between Indiana and DC to oversee the multi-billion dollar programs utilized by 130 million Americans.

"I saw some of the things that were going on in health care and I realized that our country was going in the wrong direction on health care," Verma told CBN News.

One of the first things she wanted to tackle in her role was patient confusion.

"You don't have the information that you need in terms of how much are things going to cost," Verma explained. "You don't know about the quality and you don't have your medical record, so I think there's a lot of confusion."

Verma wants to give patients the necessary information to make the best decisions about their health care through an initiative called the Blue Button 2.0, or MyHealthEData.

"The federal government spent some 36 billion dollars on investing in doctors and hospitals having electronic medical records and I think that's exciting, but what happened in that is all of the information is siloed," said Verma. "It just sort of stayed in your doctor's office. Before it was a filing cabinet and right now it's an electronic silo right inside the computer."

Verma told CBN News how a personal emergency brought her faced to face with this issue.

"I get on the phone with the paramedics and they say your husband's not breathing - is he on any medications? What's his health care background?" recalled Verma.

Information she didn't have.

"It was a very difficult moment, there's so much going on, the panic of not being with my kids and wondering what's going on with him," Verma recounted. "For the medical professionals that were treating him, they didn't have the information that they needed to be able to diagnose him."

While her husband recovered, they still had to jump through hoops to get his information.

"When I left the hospital, they gave me essentially a CD-ROM and they said here's his health care information," said Verma.

In today's tech world, however, many computers won't even read CD-ROMs anymore.

"I think the big issue is a lot of the information wasn't even on what they gave me so there's all of this information about him that's sort of trapped at the hospital," explains Verma.

Verma says this lack of access is especially difficult for patients who move or see multiple health care providers.

Under Verma, the Centers for Medicare and Medicaid Services, or CMS, is requiring providers to share this information with patients or face penalties.

"You're going to be able to understand your health a lot better and what you need to do to improve your health, but you also have the opportunity to give that to your doctor so your doctor is not repeating tests, there aren't safety issues there are no drug interactions – so that's exciting," continued Verma.

Verma believes that will not only save time and money but could lead researchers to find breakthroughs.

"It's really going to give rise to the type of innovation that I think we've seen in the American health care system but I think it's going to bring it to a much higher level," she predicted.

And she says so far the response from patients using the program has been positive.

"I think people are excited about it. You know we hear stories all the time, I remember talking to our staff or people saying, 'ya know I'm going to a new doctor and the doctor asked for all of my health care information,' and she said, 'I don't have time to go around asking every doctor for information,' and with this type of tool she should be able to aggregate all of that information," said Verma.

Verma tells CBN News they have more than a thousand app developers working to make this data more user-friendly for patients.

"It's things like apps that are organizing your medications, there are apps that allow you to take that information and put it into your doctor's electronic health record," she explained. "I think the exciting thing here is the possibilities are endless to see what American innovators are going to be able to do with this data."

And she believes this program will continue no matter which party controls the White House.

"I think this is something that we have heard from both sides of the aisle about how important this is and it's important on so many different dimensions," said Verma.

Although health care negotiations are moving slow on Capitol Hill, Verma is trying to make the best of her current authority.

"From my perspective, I'm going to focus on what I can control," she explained. "We always stand ready to work with Congress if they want to make changes and to provide them with support as they consider changes, but in the meantime, I don't want to stand still and I want to do what I can to make sure that health care is working for every American."

That means working toward the constant goal of lowering health care costs and making sure Medicare and Medicaid programs are sustainable.

And she says for her, working in the Trump administration is exciting.

"For me, it's exciting to be here. We are with an administration and a president that isn't afraid of disrupting the status quo on behalf of the American people," she said. "That's what I like about the administration, it's okay to be disruptive. The status quo isn't working for so many different Americans and so the idea here is to be bold and to make changes that are going to have a lasting impact to improve health care for our country."

Verma believes the changes happening at CMS can be an impact felt throughout the entire health care system.