'Abortion Is NOT healthcare!' 46th March for Life Today as US Holocaust Continues 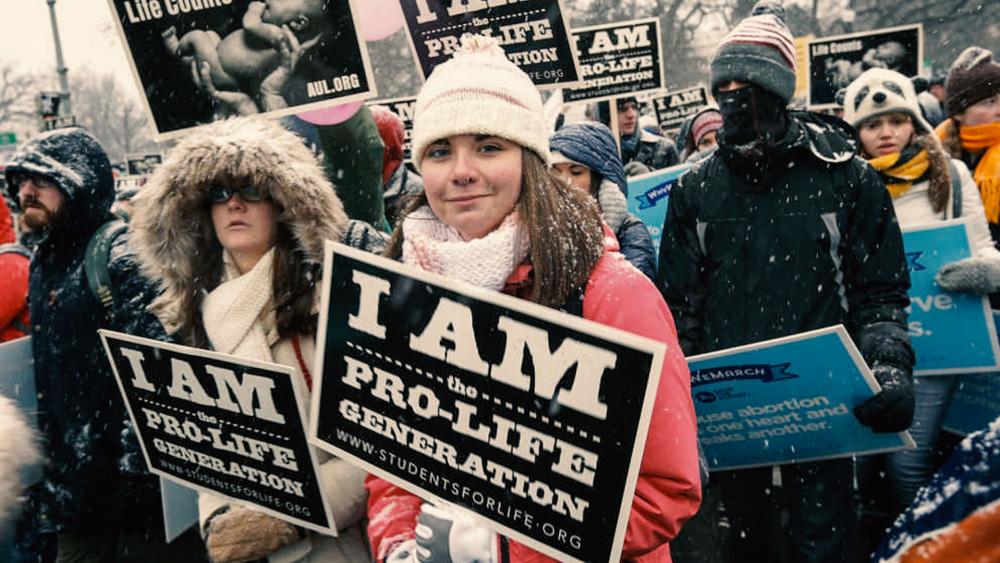 WASHINGTON – Many outlets are praising statistics showing abortions are down in America.  Still, pro-life supporters want people to know that with 60 million unborn babies killed since 1973, the abortion holocaust is far from over. That's the backdrop for the 46th annual March for Life this Friday.

As marchers prepare for their nearly 1-1/2 mile trek from near the Washington Monument on the National Mall up Capitol Hill to the US Supreme Court, they're seeing both victories and challenges for their cause.

"It's a tough battle to win hearts and minds so that abortion becomes unthinkable in our culture," March for Life President Jeanne Mancini told CBN News.

For instance, having the new Democratic majority in the House of Representatives makes her job battling abortion tougher.

"With the House leadership in terms of committees and what have you, that side of Congress is the most pro-abortion Congress we've ever had," Mancini explained.  "So, sadly, I think we're going to have to fight to keep the status quo."

Republican senators such as Oklahoma's James Lankford, Mississippi's Roger Wicker and Kansas' Pat Roberts just introduced a bill in the Republican-controlled Senate that would permanently ban any sort of taxpayer funding of abortion. That's an idea that polling shows 62 percent of Americans support.  But now such a bill is likely to get killed by the House.

"The task is daunting," Mancini said of the battle to end abortion.  "We do this one step at a time, one day at a time."

Fewer Abortions & Fewer Places to Get Them

On the positive side, the number of abortion clinics has dropped from their 1991 high of 2,176 to just 697, according to the pro-life group Operation Rescue. That's a 79 percent decrease.

Meanwhile, the yearly rate of the unborn killed in America has gone from more than a million in the late 1990s to less than 800,000 these last few years, according to the Centers for Disease Control.

While the Democratic control of the House means a tougher battle for pro-lifers on the national level, things are actually looking better out in some of the states.

And more such bills are coming, according to Mancini, who proclaimed, "We're making advances in state legislation. Really positive advances.  And of course, we're excited about the makeup of the Supreme Court."

She also suggested the pro-life cause could be aided by more news coverage of abortion in general.  The March for Life leader pointed out when a Senate effort to ban late-term abortions received much coverage, public support for the heinous practice dropped.

"Americans were appalled by what they saw and heard about it," Mancini explained, "and we saw public opinion change."

The same happened when the public learned of the gruesome practices going on at Kermit Gosnell's Philadelphia clinic, such as snipping the spinal cord of babies who survived abortion procedures.

"We also know that most Americans would limit abortion much more than it is limited in the United States," Mancini concluded.  "We're one of only seven countries around the world that allows late-term abortion."

As America honors the life of civil rights icon Martin Luther King, Jr. this coming weekend, the point is being made how early abortion activists targeted the black population.

Rev. Dean Nelson of the Frederick Douglass Foundation quoted from a letter Planned Parenthood founder Margaret Sanger wrote, saying, "'We don't want word to get out that we want to exterminate the Negro population.'"

Sanger even suggested enlisting black pastors to promote abortion as a positive thing to their congregations.

Sadly, that use of abortion to limit the black population has proven to be devastatingly effective.

Without abortion, Nelson pointed out African-Americans would still be the largest non-white group in the nation, a position they've lost to Hispanics.

'Abortion Is NOT Healthcare!'

"Planned Parenthood as a billion-dollar organization with a huge budget has done a great job over the last few decades of trying to convince people, particularly in urban communities, that somehow abortion is good," Nelson stated.

He added, "They had a whole strategy talking about 'abortion is healthcare.'  Abortion is NOT healthcare!  But they have very strategically placed their abortion facilities in urban communities and have done a great job of marketing to those communities."

One of the deadliest urban communities for unborn African-American children is New York City, with an abortion rate for them of 60 percent.

Mancini pointed out that such a death rate leads to a staggering toll nationwide.

"Let's keep in mind that we've lost 60 million Americans to abortion," the March for Life leader said. "This is our 46th annual March for Life. These bad laws are still on the books. And every year we lose almost 800,000 people to abortion."

Nelson is also a national director with the pro-life Human Coalition, which has studied what methods abortion-providers use to convince women they should get rid of their unborn babies.

So what can people do who want to battle for the unborn?

Mancini also suggested, "Do things like host a baby shower for your local pregnancy care center.  Or educate your friends by hosting a movie night, showing a movie relating to this topic and then have a discussion afterwards."

Her final suggestion: "You can check out our website -- marchforlife.org -- because we have these kinds of ideas there about how to build a culture of life."

As with each year, the March will end at the Supreme Court, the same place the battle began in 1973. Participants vow to keep making the trek until the abortion fight is won.

"We know that the battle is the Lord's," Mancini summed up, "but the work is certainly out there for us."