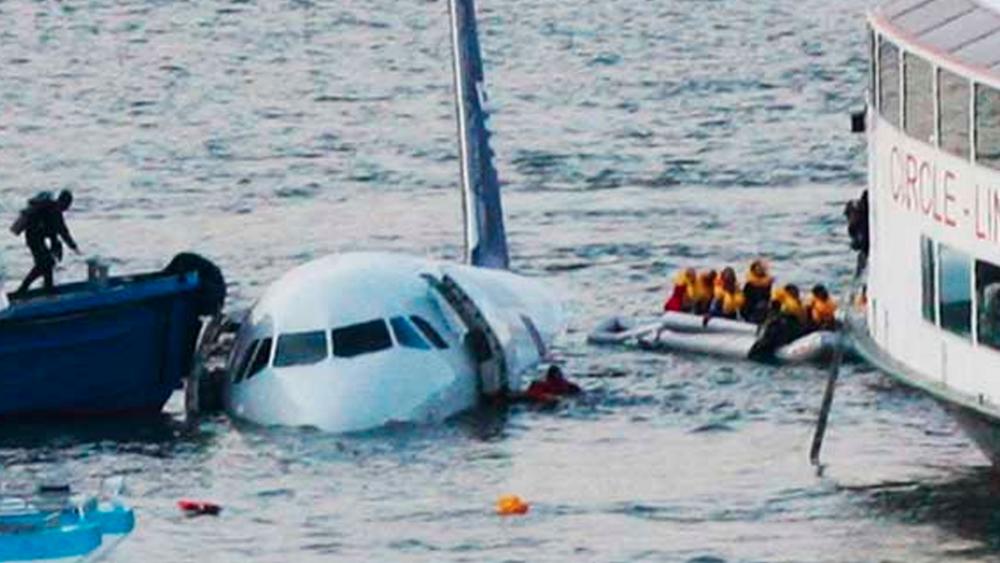 NEW YORK (AP) — It's been 10 years, but there isn't anything Tripp Harris doesn't remember about the cold January day on US Airways flight 1549.

The jolt when the plane collided with a flock of geese and the engines stopped moments after takeoff from New York City's LaGuardia Airport. The smoke filling the cabin. The electric, burning smell. The panic from the people around him. The calm, steady tone of Capt. Chesley "Sully" Sullenberger telling everyone to brace for impact as he steered the Airbus A320-214 into the frigid waters of the Hudson River on Jan. 15, 2009.

And, of course, he knows the happy ending of the "Miracle on the Hudson": All 155 people aboard survived.

Harris has also never forgotten what that day taught him about what really mattered: his wife and then-2-year-old son.

"Everything that I could think about was the things I was going to miss," said Harris, 47, of Charlotte, North Carolina, where the flight was headed. "That fundamentally shifted my priorities."

It's colored his life ever since. He decided to spend more time with his family and have adventures and experiences he might otherwise have put off.

That day "made me a better father, a better husband," Harris said.

It's a common refrain among survivors, of how that day led to big life changes and small everyday choices, and to feeling joy more readily. But some also speak of the anxiety that can still rise every time they're on a flight.

"I have a lot more gratitude about my life," said Sheila Dail, 67, one of the flight attendants. After taking the better part of a year off, she returned to working in the skies and helped to create a peer support group for air stewards at her airline. "I have three grandsons I possibly would never have seen."

Flight 1549 took off from LaGuardia a decade ago Tuesday, with Sullenberger's co-pilot Jeffrey Skiles at the controls, three flight attendants and 150 passengers aboard. It was cold, only about 20 degrees Fahrenheit, but the skies were clear.

"What a view of the Hudson today," Sullenberger remarked to Skiles, according to National Transportation Safety Board's report on the crash.

Less than a minute later, plane and birds collided at 3,000 feet. Both engines stopped. Sullenberger took the controls and told air traffic controllers he couldn't make it back to LaGuardia. His choices were a small airport for private aircraft in New Jersey — possibly too far — or the river. Sullenberger picked the water.

At 3:31 p.m., the plane splashed down, somehow stayed in one piece, and began floating fast toward the harbor. Passengers got out on the wings and inflatable rafts as commuter ferries raced to the rescue.

One flight attendant and four passengers were hurt, but everyone else was mostly fine.

The submerged and damaged plane was recovered and is now held at the Carolinas Aviation Museum in Charlotte, where survivors are planning to gather Monday to mark the 10-year anniversary, including a toast at the exact time of the crash.

"While I don't know that I would do it again, it certainly gave me some clarity around my life priorities and the importance of my family," said Pam Seagle, 52, of Wilmington, North Carolina, who was on the flight.

In the aftermath, she made some big life decisions.

She and her family moved away from Charlotte to a new home at the beach in Wilmington. While she still works for Bank of America, her employer in 2009, she moved to a division that promotes women's economic empowerment. She took time to be with loved ones, including a long-overdue break with her sister. She held those moments with family even dearer after her sister's unexpected death months later in 2009.

That January day 10 years ago "kind of put me on this path to where I am now, and where I'm very happy and content," she said.

Getting over the trauma of the experience took some time for passenger Steve O'Brien, 54, of Charlotte.

"That first year was tough. You're scattered. You can't focus. You're impatient," he said. "There's this thin place between life and death ... and we were at a really thin place and then you get yanked back."

When he flies now, he looks for the emergency exits and can't sleep as easily in his seat anymore.

"I'll be on a plane and I'll be nodding off or something, and a bump will happen and all of a sudden it comes back, and you just feel this electric scared, overwhelming feeling that hits you in the chest," he said.

But he says he feels he's a more relaxed person now with life's lesser frustrations.

"I realize that little things are to be appreciated, that mundane things are what make up your life," he said, "and that's the things you're going to miss if it's going to be yanked away from you."