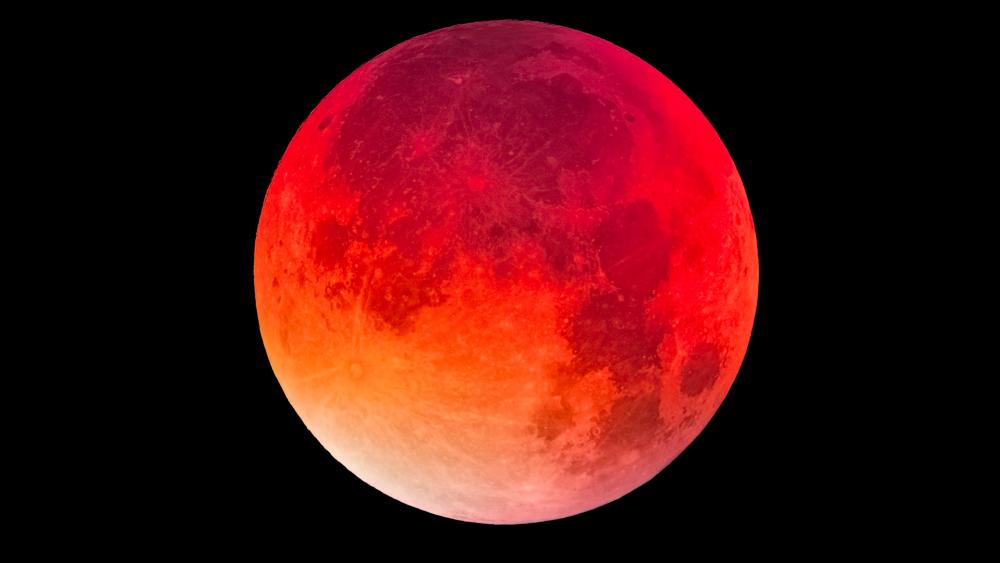 A rare lunar eclipse entitled the "Super Blood Wolf Moon" appeared across the world, including the US, on Sunday.

According to NASA, The entire celestial event lasted more than three hours, beginning at 9:36 pm ET Sunday, Jan. 20 and ending about 1:50 am ET Monday, Jan. 21. The beginning of the total eclipse phase started at 11:41 pm ET, lasting 62 minutes.

According to CBS News, the unusual name for this lunar eclipse comes from the three events happening at once:

"Super Moon" - a full moon that appears bigger than normal because it's at its closest point to Earth during its orbit.

"Wolf Moon" - a Native American term used to describe the first full moon of the year.

"Blood Moon" - the moon appears to be reddish in color during a total lunar eclipse as the sun, Earth and moon all line up.

In recent years, a number of blood moons have captured global attention, causing some to speculate about a possible connection to prophecy and the End Times. Many Christians believe scripture indicates a Blood Moon is a sign from God regarding the return of Christ.

Scriptures below are used to support the claim:

Joel 2:31, "The sun shall be turned into darkness, and the moon into blood, before the great and terrible day of the Lord come."

Acts 2:20, "The sun shall be turned into darkness, and the moon into blood, before the great and notable day of the Lord come."

Revelations 6:12, "And I beheld when he had opened the sixth seal, and, lo, there was a great earthquake; and the sun became black as sackcloth of hair, and the moon became as blood;"

CBN News previously reported about Pastor John Hagee, author of the 2014 best-selling book Four Blood Moons, and his belief that throughout history blood moons have been a sign from God to the world that something big is about to happen. He correlated previous blood moons to the important events happening in the US and Israel.

Hagee told CBN News in the past, "The evidence is very clear scripturally that God controls the sun, moon and stars – that God is sending us a signal through the sun, the moon and the stars. The question is, are we listening?"

The total lunar eclipse will be the first visible in North America in three years. Experts say it is safe to look at the eclipse with the naked eye. Weather forecasts predict harsh weather in some areas, but there will be live-stream options available.

Experts say there will be four more eclipses this year.