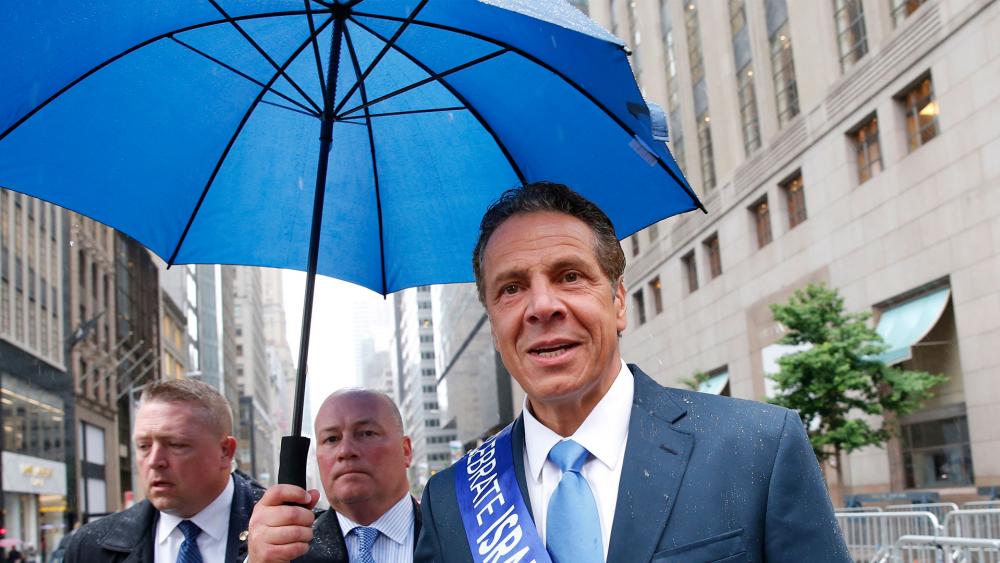 New York's Catholic Bishops are calling out Democratic Gov. Andrew Cuomo and lawmakers over the passage of a new law that permits abortions up until the moment of birth.

"We mourn the unborn infants who will lose their lives, and the many mothers and fathers who will suffer remorse and heartbreak as a result," the open letter reads.

Cuomo signed the Reproductive Health Act into law Tuesday. It allows non-doctors to perform abortions, permits abortion up until the moment before birth, and completely removes abortion from the state's criminal code.

Gov. Cuomo declared a time of celebration after the law was passed, even "directing that New York's landmarks be lit in pink to celebrate this achievement."

"Our governor and legislative leaders hail this new abortion law as progress. This is not progress. Progress will be achieved when our laws and our culture once again value and respect each unrepeatable gift of human life, from the first moment of creation to natural death," the letter by the Catholic Bishops reads.

All of them vowed to use their resources to help pregnant women and their babies – especially if their pregnancies are unplanned.

The Bishop of Albany, Most Rev. Edward B. Scharfenberger, had harsher words for Gov. Cuomo, who himself identifies as Catholic. The bishop openly questioned Cuomo's Christian faith.

"Although in your recent State of the State address you cited your Catholic faith and said we should 'stand with Pope Francis,' your advocacy of extreme abortion legislation is completely contrary to the teachings of our pope and our Church," the bishop said in another open letter.

Bishop Scharfenberger said the law was a "death star" and questioned if passing this law could impact Cuomo's standing in the Catholic Church altogether.

"This legislation threatens to rupture the communion between the Catholic faith and those who support the RHA even while professing to follow the Church, something that troubles me greatly as a pastor," he said.

"It is time to end the charade, even the lie, that Andrew Cuomo and others like him are Catholics in good standing," Pope writes in an article for the National Catholic Register.

He even suggests excommunication.

"I am not a canon lawyer, but the truth is clear that Gov. Andrew Cuomo is not in communion with the Catholic Church. At this point, canonical penalties forbidding him to receive Holy Communion — or even, if possible, issuing a formal excommunication — are simply affirming what is already true and what he himself has done," he continues.