'History on the Hoof': July Designated as National Bison Month 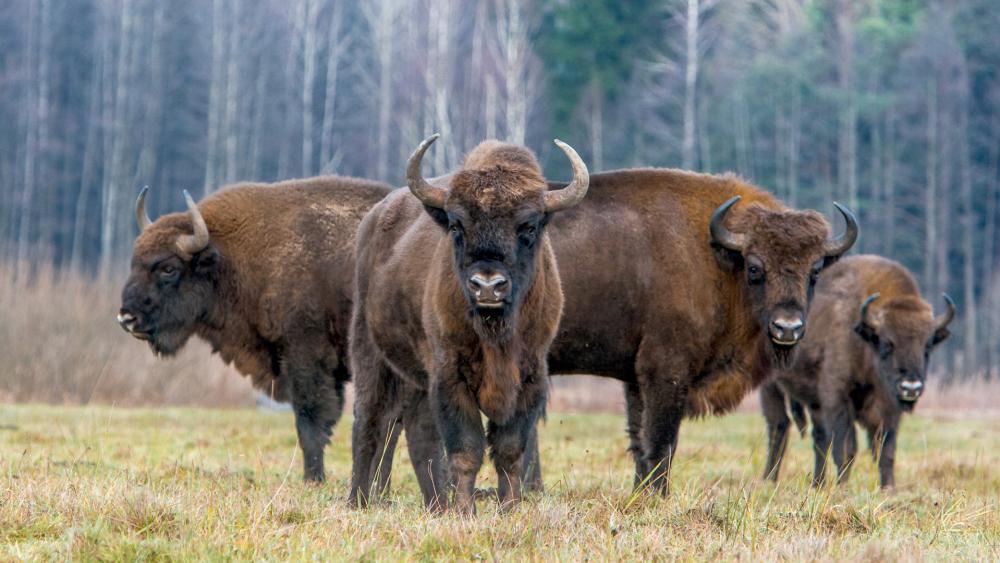 In 2016, bison were named as America’s National Mammal.

The month of July has been designated as National Bison Month to honor America's official mammal.

Once enormous herds of bison thundered across the Great Plains of North America. Between the Rocky Mountains and along the Mississippi River's west bank, from Minnesota to Louisiana, this area of the country was one vast range inhabited by millions of buffaloes.

A conservative estimate on how many bison lived on the Plains during the early 1800s varies between 20 and 60 million.

Mountain men, pioneers, and soldiers later marvelled in their memoirs at the animals' immense size and their ability to move together with some herds covering many square miles at once.

The word "buffalo" comes from a term early French explorers used when describing the animal -- "les boeufs."  According to The Rapid City Journal, a bull can weigh up to 2,000 pounds while a cow weighs less than half of the weight of a bull.

To the tribes of Native Americans living on the Plains, the buffalo were their way of life.  The animal provided everything for their nomadic way of life, including food, clothing and shelter.

But with the coming of the railroads brought hide hunters, sport shooters, and the U.S. Army, which was set on eliminating the traveling commissary on which Native Americans subsisted in the late 1800s.  By the 1880s, fewer than 1,000 bison remained in the wild.

According to the USDA Forest Service,  the bison was named as America's National Mammal in 2016, underscoring the historical, economical and ecological significance of bison.

Today, approximately 500,000 bison are living in herds throughout the US and Canada.

Some of USDA sites maintaining bison herds have set up programs for adults and youth like the one at the Midewin National Tallgrass Prairie near Willmington, Illinois to learn more about bison.

The National Bison Association website lists all of public 21 bison herds in exixtence. in addition, there are also several thousand maintained private herds as well.

Bison is still popular with American consumers today due to its protein-rich, low fat meat containing hardly any cholesterol.