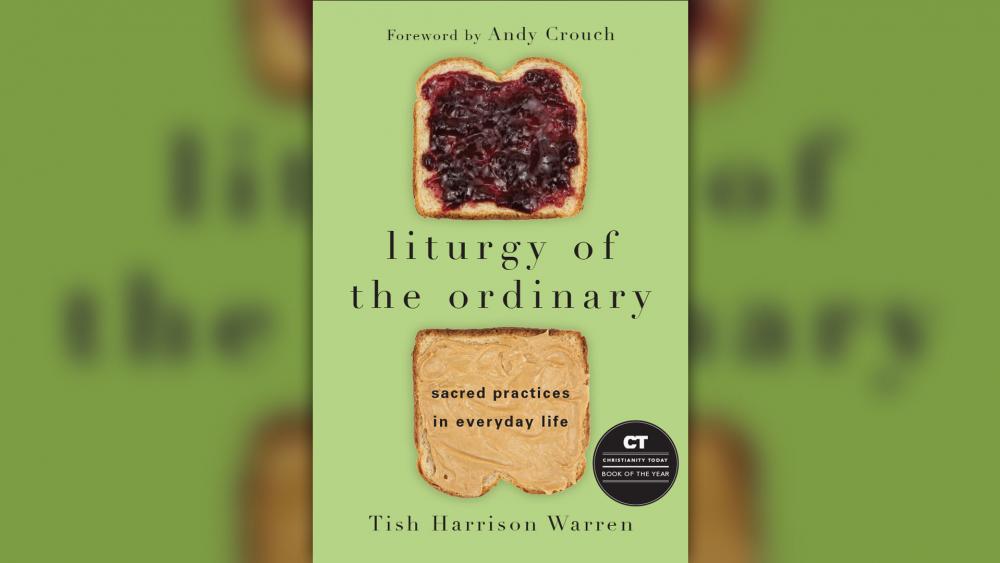 In many Christian circles, Tish Harrison Warren is a well-known name thanks to her award-winning book, Liturgy of the Ordinary.

Its pale green cover features an open-faced peanut-butter-and-jelly sandwich which illustrates the book's premise that believers can become aware of God's presence in the small, ordinary moments of their day.

But Warren, her publisher, and her readers recently discovered that they'd been duped. The bad guy? Whoever figured out how to make high-quality, fake copies of her book and sell them on Amazon.

"We found out through a customer complaint," said Alisse Wissman, publicity manager for InterVarsity Press (IVP), which published Warren's book in November of 2016 and has since sold nearly 70,000 copies. "We had a reader that contacted us and said 'something's wrong with my book--what can you do?'"

IVP also learned that counterfeit third-party sellers on Amazon were making money off another one of its books, Delighting in the Trinity.

As the New York Times reported last month, publishers and authors believe that counterfeiting of books on Amazon has surged--and that's a huge issue because Amazon dominates the book business, selling more than half of all new and used books in the country.

For Warren, it's a financial blow--affecting her royalties and more. "This represents a significant loss of profits and shrinks my counted sales numbers, which may affect future contracts and advances," she said.

Warren is asking her readers to return suspected fake copies to Amazon, ask for a refund and then purchase a legitimate copy of her book which InterVarsity has dramatically discounted.

Wissman says that IVP has worked with Amazon and is confident that there's currently no suspicious activity with regard to its books.

She encourages readers who suspect they've bought a counterfeit book to look for the warning signs. These can include: lower quality paper, letters missing part of their shape, distorted colors on the book cover and misprints inside of the book.

Wissman says consumers who want to play it safe can purchase directly through Amazon or the book's publisher although she says that most third-party sellers are reputable.

Or, she says, consumers can buy books at their neighborhood Christian bookstore. "It's a good time to shop local," said Wissman.

Warren shared earlier this week that she's still processing the situation and noted that it's testing exactly what she wrote in the book "today is the proving ground of what I believe and of whom I worship."

She also called it "a gritty reminder to 'not store up for yourselves treasures on earth...where thieves break in and steal. But to store up treasures in heaven.'"