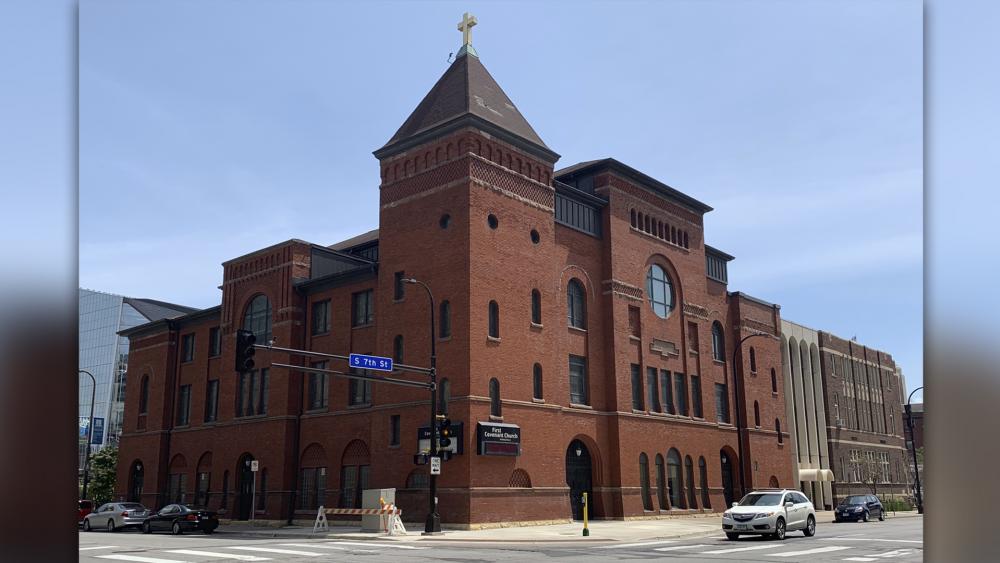 Last week, the Evangelical Covenant Church (ECC) voted to defrock a Minneapolis, Minn., pastor and expell his church from the denomination for their stance on gay marriage.

First Covenant, an historic church located in downtown Minneapolis, was a founding member of the 134-year-old denomination.

Collison was voted out of his position by a 77 percent vote at the ECC's annual meeting in Omaha, Nebraska.  It was the first time a pastor and a church have been involuntarily removed in the denomination's history, according to the newspaper.

Collison has served as First Covenant's pastor since 2009. He will continue serving as lead pastor, according to the local church.

The decision to expell the Minneapolis pastor came after a church staff member officiated in the wedding of two women who also served as members of the church worship team in 2014.  The ceremony was not held at the church building, but the ECC said the same-sex wedding violated its rules against such unions.

According to The Associated Press, First Covenant adopted a slogan of "Love All" in response to the ECC's LGBT restrictions.  The local church also said it offered wedding services "to all in our congregation without regard for ability, race, sex, gender identity or sexual orientation."

"I'm not surprised. I'm saddened," Collison told reporters after the vote. "I feel grounded in the path we have chosen. I feel grateful for the pastors and churches who stood up for us. I feel compassion to those caught in the middle."

The ECC's policy says the church believes in "celibacy in singleness and faithfulness in heterosexual marriage."

"The ECC  is mindful of the complexity, the sensitivity and the pain that matters of human sexuality can bring," said Michelle Sanchez, an ECC executive minister. "We talk about the desire for both freedom and responsibility as a denomination. Those two things were coming into tension in this case."

First Covenant will still operate as a church but will not be under the denomination, according to the ECC.  The congregation will also be allowed to keep its building.

“I hope this historic church someday changes its mind and then returns to our family,” he said.

ECC leaders also voted to remove another pastor, Rev. Steve Armfield, a retired Michigan minister, who officiated at his son's same-sex wedding in Minneapolis. He had been an ECC pastor for 47 years.

The denomination currently has some 875 churches located across the country with membership totaling around 280,000.