'This Bill Would Cut Very Important Religious Freedom Protections': The Truth About the 'Do No Harm Act'

A bill that could have serious consequences for religious freedom protections is making its way through Congress.

If passed, the Do No Harm Act would strip away certain parts of the Religious Freedom Restoration Act (RFRA).

Supporters of the Do No Harm Act claim that RFRA is often used as a weapon against women, minorities, and the LGBTQ community. That's why they want to chip away at it.

Religious freedom advocates though, say these protections are absolutely necessary for people of faith to be able to hold and live out their religious beliefs.

Senior Counsel Matt Sharp with Alliance Defending Freedom spoke to CBN News' Faith Nation about how the Do No Harm Act could affect RFRA and why he believes the name is misleading.

"This bill would cut very important religious freedom protections for countless Americans, people of all walks of life – Christians, Muslims, Jews and so many others that, throughout the 25 year history of the Religious Freedom Restoration Act, have had their rights to freely live out their faith, protected against government efforts to tell them that they must violate their conscience or do something that violates their beliefs."

US Rep. Joe Kennedy (D-MA) sponsors the Do No Harm Act. He is pushing the idea that RFRA is harmful and is being used to hurt other individuals. Sharp argues that this claim is false.

"In its 25-year history, RFRA been used to protect the freedom of a Native American boy to be able to wear his hair long consistent with his faith. It's protected healthcare providers and individuals who objected to paying for contraceptives or abortions. It even helps faith-based adoption providers be able to operate consistent with their faith while helping kids to find a forever home," he said.

Sharp explained the negative impact the bill will have on religious groups.

"Little Sisters of the Poor, who objects to paying for contraceptives succeeded in their claim due to laws like RFRA. If the Do No Harm Act was enacted, then groups like Little Sisters of the Poor who don't want to pay for abortions or contraceptives would be forced to do so. This is a violation of their faith. People of faith would find themselves losing this important procedural protection if Do No Harm Act was passed," he added.

WATCH THE ENTIRE INTERVIEW BELOW: 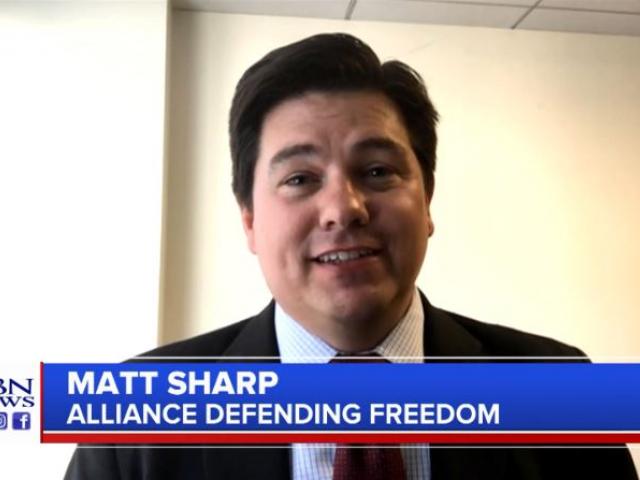 How Could the Proposed 'Do No Harm Act' Affect Religious Freedom in the US?