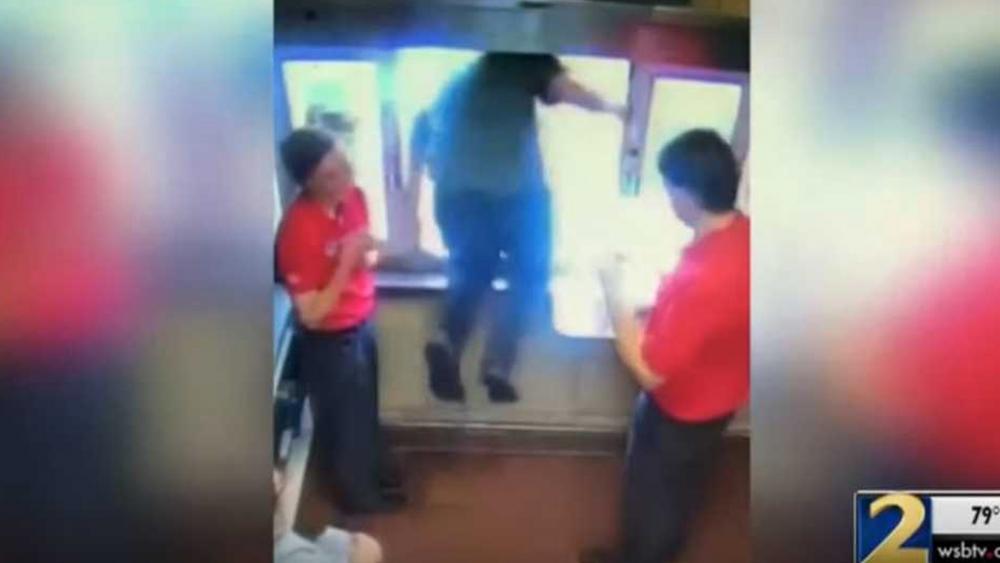 An employee of fast food restaurant Chick-fil-A has been heralded as a hero after launching himself through the drive-thru window to save the life of a choking child.

Faithwire: Members of Chinese Megachurch Say They Were Tortured While in Custody

Logan Simmons noticed the 6-year-old getting having difficulty as he stood by the open drive-thru window at the restaurant location in Flowery Branch, Georgia.

Immediately, his innate instinct to help kicked in and the young man threw himself out the window.

“I’m still kind of shocked right now myself that all this has happened,” Simmons told WSB-TV 2.

“He’d been home for a couple of hours and he said nonchalantly, ‘I saved a kid’s life today,’ and I was like ‘What?’” mother Teri Simmons recalled.

Surveillance footage provided by the restaurant showed how the dramatic moments unfolded:

“I just jumped out the window and ran straight down to the car,” Simmons said. “I think it was the quickest option. It was right there and I saw the other car right there.”

When he got outeside, Simmons quickly realized that the boy had somehow become entangled in his seatbelt and was losing conciousness.

You could see he was turning red and losing pigmentation in his face,” he said.

The quick-thinking youngster pulled out his pocketknife and cut the boy free.

“I’m amazed he didn’t panic. As his mother, I would have panicked. I’d be running around going,  ‘Oh my gosh! What do we do?’” Teri Simmons said.

Later that day, the boy’s mother phoned the restaurant to thank Simmons for his selfless act that saved her precious son’s life.

Yesterday, Chick-fil-A was once again named as America’s number one fast food restaurant, achieving 86 out of 100 points on a 23,000 strong consumer survey conducted by the American Customer Service Index.

Many big supporters of the restaurant talk of being continually impressed with Chick-Fil-A’s employees just like Simmons.

“I once saw a drive through cashier literally chase a car down in open traffic to correct someone’s order,” Jim Watkins noted on Twitter. “The person taking your order doesn’t act like they hate you and their job,” another person added.

Congratulations to a fantastic business!