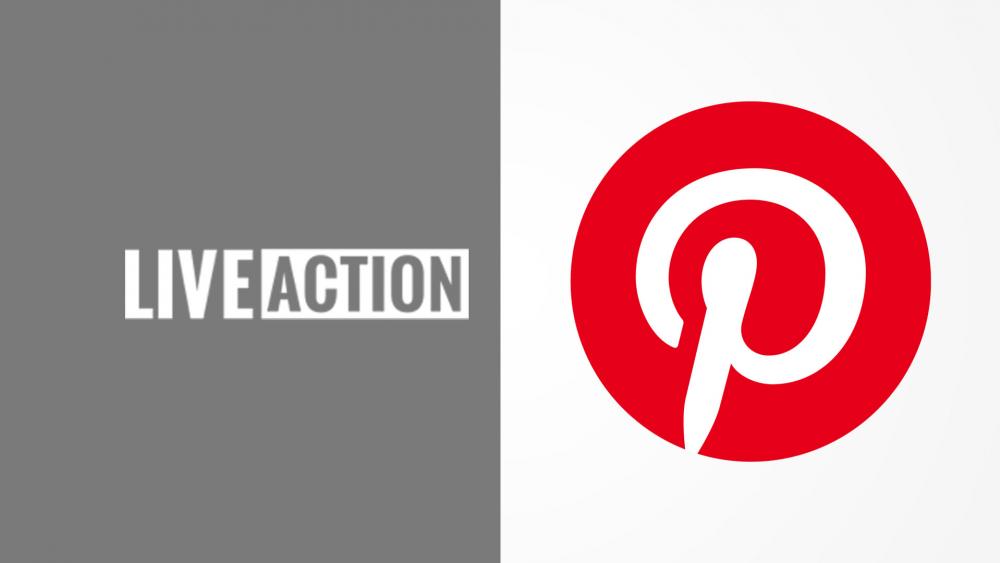 The pro-life advocacy organization Live Action announced Tuesday morning it had been permanently banned from the popular social media site Pinterest, which suggested the anti-abortion group traffics in “harmful misinformation” that could “have immediate detrimental effects on a Pinner’s health or public safety.”

Pinterest received an appeal and doubled down, keeping "https://t.co/WLqSFeV3cL" on their pornography blocked list. It appears Live Action is the only pro-life group on this list, at this time.

A statement from Pinterest informed Live Action its page was “permanently suspended because its contents went against our policies on misinformation.” The note went on to claim Live Action spreads “medical misinformation and conspiracies that turn individuals and facilities into targets for harassment and violence.”

According to an investigation conducted by Project Veritas, Pinterest actively chose to block Live Action content from spreading on the social media website. Furthermore, the pro-life group’s website was allegedly “intentionally added” to the “blocked list of pornography websites in February of 2019.”

Centofante learned of the permanent banning shortly before 5 a.m. Tuesday.

PRAY: Rhode Island to Vote Tuesday on Bill That Would Legalize Late-Term Abortion

“By secretly applying the label of ‘pornography’ to Live Action’s pro-life content, Pinterest demonstrates a concerted effort to sideline a leading pro-life organization the only way they knew how,” Live Action president Lila Rose said in a statement obtained by Faithwire. “This does not appear to be a simple mistake. When confronted with an appeal, their employees doubled down and kept LiveAction.org on the pornography list.”

Rose went on to say she believes Pinterest blocked Live Action “because our message is so effective at educating millions about the humanity of the preborn child and the injustice of abortion.”

“Pinterest users deserve to know the truth and our messages deserve to be treated fairly,” she concluded. “If Planned Parenthood can promote their message on Pinterest, then Live Action should be able to as well.”

Live Action is now asking people to sign a petition urging Pinterest to “live up to the stated values of your company and the spirit of the First Amendment with consistency and end the suppression of opinions affirming life and human dignity.”

Following the news about Live Action, another pro-life organization, the Catholic advocacy group American Life League, announced via Twitter it was “shut out of Pinterest last year.”