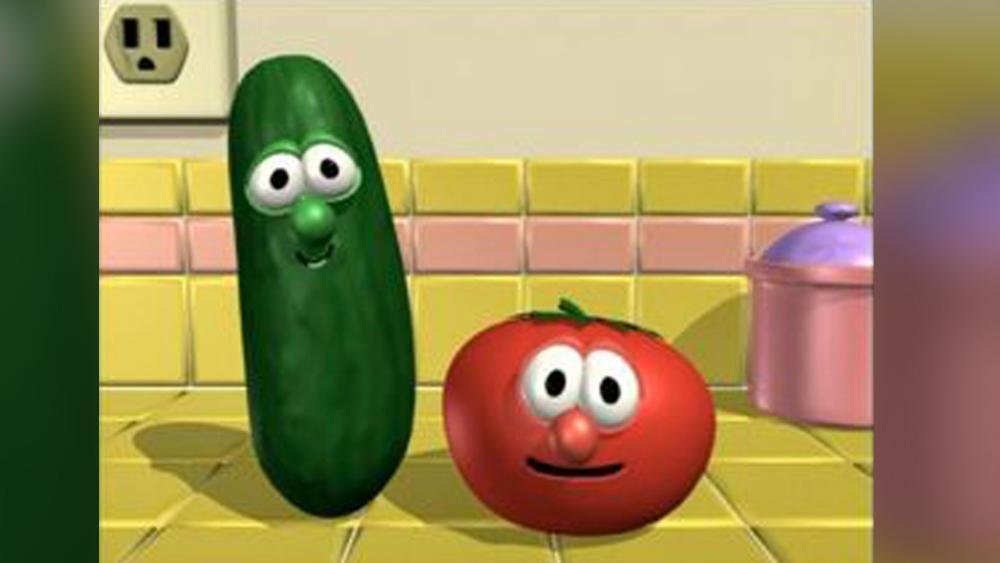 The faith-based animated series, Veggie Tales has educated and entertained kids on Christian values since the mid-1990s.  A new version of the series is now in the works with many of the original creators writing and producing the new episodes.

It is set to premiere this fall on the Trinity Broadcasting Network (TBN).

During an interview with K-LOVE's Richard Hunt, the Series Co-Creator Phil Vischer pointed to what makes Veggie Tales fun.

"Disarming humor allows a lot more people to gain interest and access to Bible stories that they thought to be too dry or dull or serious for them," he said.

Five years after Veggie Tales began, it was the best-selling Christian children's product both in homes and in churches worldwide.

Vischer told K-LOVE how he lost the company in 2003.

"I was building and spending and I ended up spending myself right into bankruptcy," he explained. "And I lost the company because Phil thought that God wanted him to be Walt Disney, but God wanted me to be Phil".

"Each time Veggie Tales was sold and bought, I would reach out to the new owner and ask, 'Do you need any help?' hoping to get back to stir the characters and get (them) back into theological ministry," he explained.

NBC Universal currently owns Veggie Tales and within the last year, the company said they'd work with TBN on an agreement to produce a new series.

"TBN wanted the original team involved in this", Vischer said. "The band is back together with original characters. Let's teach the Bible like the classics".

Vischer explained that they are not creating any new characters, but the old ones will make it "feel like the glory days of Veggie Tales."

The new story structure and lessons of the series were inspired by the two creators that influenced Vischer.

"One of the ideas I always had with Veggie Tales was, what if they did a little variety show, kind of like the Muppet Show, where it's a mix of songs and stories," he noted.

Vischer explained how the characters "are kicking around ideas around a big table and somebody comes in with something or a kid sends in a letter and they say, 'Okay, who has an idea?' And all the characters have to come up with ideas and ways to present this lesson or come up with a lesson."

He described what he learned about life and his faith during the downfall of his company. Vischer realized God just wanted him to be himself, not somebody else.

"I think the biggest lesson I learned was through the loss of the company," the series producer explained.  "My ministry had become my identity. I had made the work I was doing for God more important than my relationship with God. I was too busy doing stuff for Him to just sit and rest with Him."