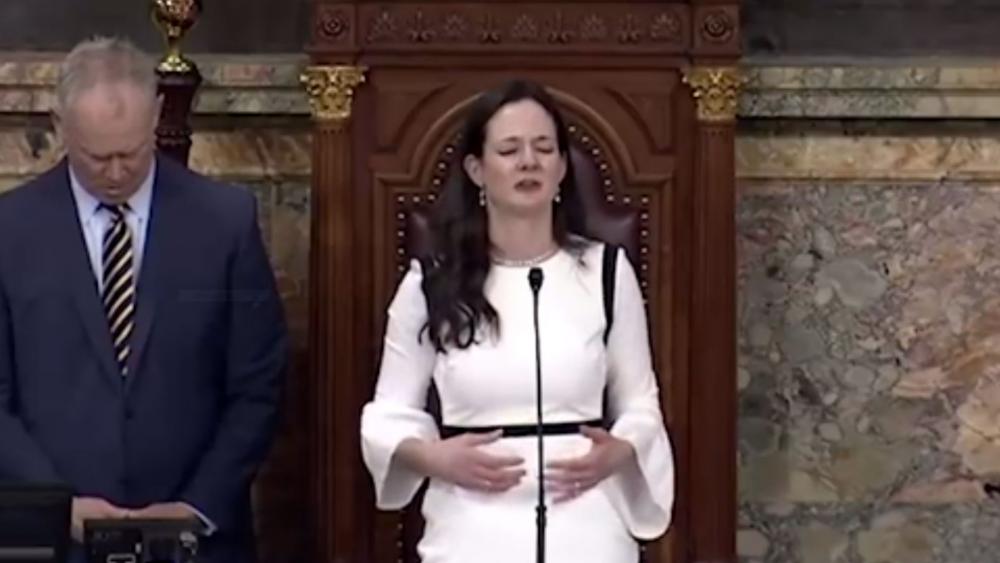 A Christian prayer given by a state representative this week at the start of a swearing-in ceremony for Pennsylvania's first Muslim representative has drawn backlash from some of her colleagues.

State Rep. Stephanie Borowicz led the state house chamber in prayer Tuesday before the swearing in of Democratic Rep. Movita Johnson-Harrell of Philadelphia. The freshman lawmaker, who's also a Christian and the wife of an associate pastor, mentioned Jesus Christ 13 times in her prayer.

She also gave thanks for President Donald Trump for standing behind Israel during her prayer.

State Democratic Whip Jordan Harris said her many mentions of Jesus before the ceremony to swear in Pennsylvania's first Muslim woman representative Movita Johnson-Harrell of Philadelphia was inappropriate.

"I am a Christian and I believe in Jesus Christ, but more than anything I believe in his teachings of love, compassion and most of all unity," Harris told ABC News.

Johnson-Harrell won a special election earlier this month to fill a seat vacated by the resignation of Democratic Rep. Vanessa Lowery Brown who had been re-elected in November after being convicted of bribery.

"I thought it was blatantly Islamophobic, Xenophobic, and discriminatory," she said.

Democratic Gov. Tom Wolf, himself a Methodist, said he was "horrified" by Borowicz's invocation and apologized to Johnson-Harrell on behalf of all Pennsylvanians.

But Borowicz also has fans among her fellow representatives as well.

"I think she was walking in the footsteps of our forefathers who would've prayed a prayer very similar," said Republican Rep. Daryl Metcalf.

Metcalf says what's actually offensive is that some are claiming Islamophobia.

"That the newest member, who is a Muslim, would attack her and say that that was an example of Islamophobia, should be offensive to every Pennsylvanian," he told ABC News.

Another Muslim lawmaker, Rep. Jason Dawkins (D-Philadelphia), opened the session on Tuesday by reading from the Quran. His invocation was followed by applause.

House Speaker Mike Turzai (R-Allegheny) who controls the daily invocation process, lost a federal court decision last summer that halted his policy of preventing nonbelievers from making the invocations. Turzai is appealing that ruling and currently has the invocations performed by state representatives themselves.

After Borowicz's prayer, he reminded House members the rules previously provided to religious professionals about keeping remarks respectful of all religious beliefs and refraining from commenting on extraneous matters.

In a statement, Borowicz said in part: "If a lawmaker who is a Christian can no longer stand in a General Assembly in America...and pray to Jesus without ridicule, then we are no longer free."