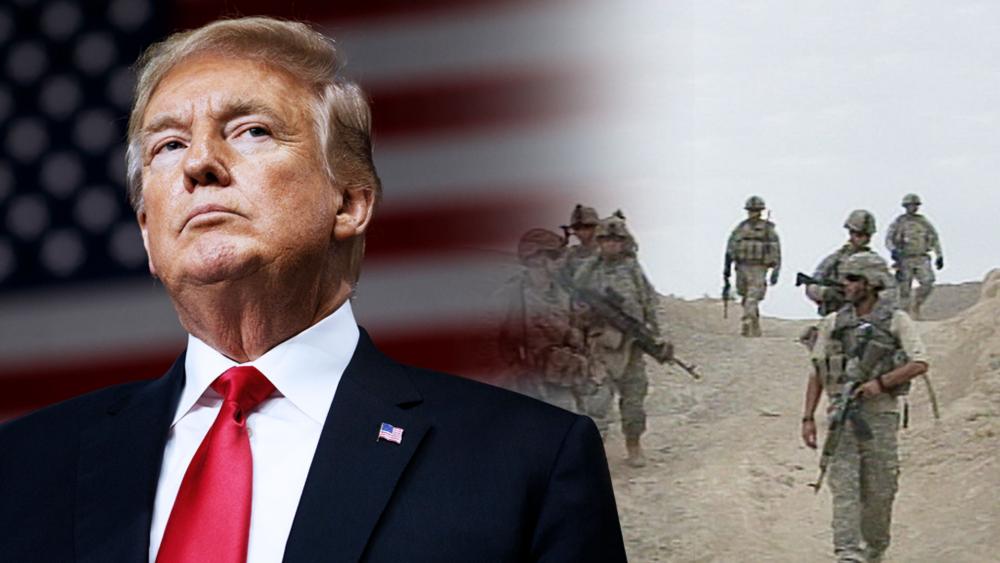 The Trump administration is working on a proposal that would require other countries to pay more than the full price of US Defense forces deployed on their soil.

Called "Cost Plus 50," officials say the plan could mean that nations hosting American troops would pay an extra 50 percent for the protection that the US provides against dangerous neighbors like Russia or North Korea.

If the idea is implemented, it could require countries like Germany, Japan, and South Korea to pay five or six times more for US military presence than they already pay.

The potential plan is part of President Trump's effort to enact "burden sharing" among allies. Since his campaign, Trump has argued the US has been one of the top contributors of funding for international defense projects like NATO while other allied countries have offered significantly less. In 2018, Bloomberg reported the United States paid 1.5 percent more than the minimum 2 percent level required for NATO's $2.7 billion budget. Meanwhile, some other European countries did not even pay half the required amount.

Since taking office, the president has pressured foreign leaders to provide more funding. The results have been a success as NATO funding has significantly increased among allies.

Back in January, President Trump took to Twitter to celebrate the increase.

"Jens Stoltenberg, NATO Secretary General, just stated that because of me NATO has been able to raise far more money than ever before from its members after many years of decline. It's called burden sharing," tweeted Trump. "Also, more united. Dems & Fake News like to portray the opposite!"

Jens Stoltenberg, NATO Secretary General, just stated that because of me NATO has been able to raise far more money than ever before from its members after many years of decline. It's called burden sharing. Also, more united. Dems & Fake News like to portray the opposite!

Some officials have applauded Trump's new idea, saying it will make sure other countries have "skin in the game."

"If you have countries which clearly can afford to do it and are not doing it because they think we'll just step in and do it for them, the president has a problem with that," Gordon Sondland, ambassador to the European Union, said in an interview with Bloomberg.

Other State and Defense Departments officials and Trump advisers have fought back, saying that forcing countries to pay for US troops would be taking the efforts too far.

Third-ranking House Republican, Rep. Liz Cheney (R-WY), told NBC's "Meet The Press" the results of the plan could be "absolutely devastating" to US diplomacy.

"We benefit tremendously... from our bases and our cooperation with our allies," she told host Chuck Todd. "The notion that we are somehow now going to charge them Cost Plus 50 is really, it's wrongheaded and it would be devastating to the security of our nation and to our allies."

"Our security, we've been able to protect it because of our alliances and because we've been able to work with countries," she added. "We should not look at this as though somehow we need to charge them...for the privilege of having our armed forces there because that does us a huge benefit as well."

Officials at the Pentagon have been asked to establish two formulas: One determines how much money countries such as Japan should be asked to pay. The second would determine the discount those countries would get if their policies align closely with the US, according to Bloomberg.

The potential plan may also include whether countries will have to pay soldier salaries or the cost of port visits by aircraft carriers and submarines.

House Foreign Affairs Chairman Eliot Engel (D-NY) has condemned the potential effort. He says EU and NATO partners have voiced concerns about US reliability during a recent meeting in Brussels.

"This is just another roadblock – I don't get it," said Engel. "Their attitude was – 'Do you still want to be our ally?' They're confused."

Germany currently pays about 28 percent of the costs of US forces based there, or $1 billion a year, according to David Ochmanek, a researcher at the Rand Corp. If enforced, countries like Germany, Japan, and South Korea could see billions in increased defense spending.