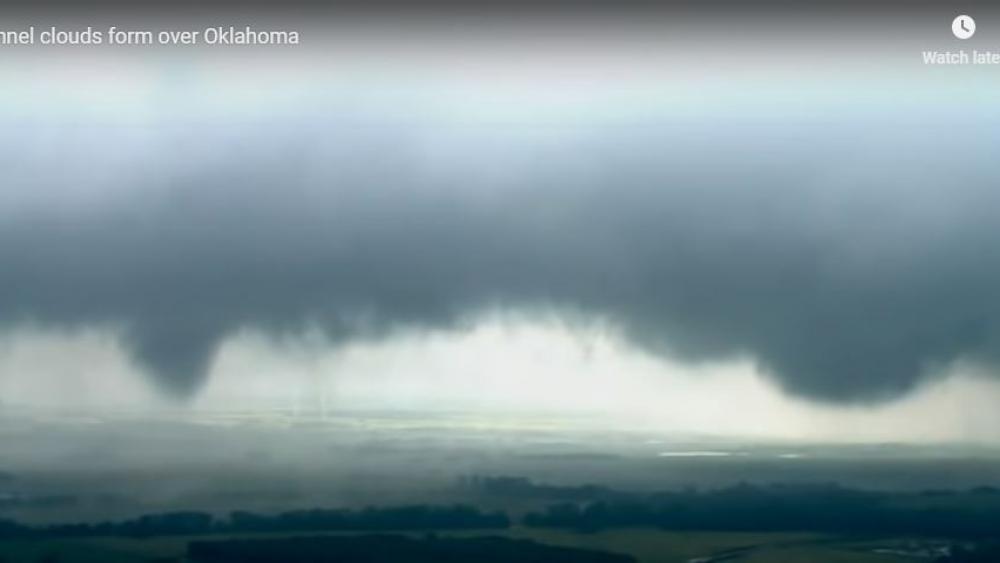 ABOVE: Video of tornadoes forming over Oklahoma. (Video courtesy KWTV via APTN.)

A tornado touched down near Tulsa International Airport early Tuesday morning causing minor damage nearby. Passengers were raced into shelters for about 30 minutes, but none were hurt.

It's the just the latest impact from the severe weather that continues to blast the region from Texas to Missouri, Kansas and Oklahoma, spawning terrifying tornadoes and severe flooding.

Dozens of tornadoes hit on Monday – two spinning side-by-side caught on video in Oklahoma – causing all kinds of damage and forcing residents to run for cover.

And with the tornadoes came flooding rains, destroying homes and property. Today the state of Kansas is under flood watch.

Emergency workers were out all night rescuing people from their homes and cars as flash flooding struck parts of Oklahoma.

Some residents took shelter at churches. They all say they were surprised at how quickly the flood waters washed through.

"I texted Brandon: I'm gonna have to swim into the house. He said what do you mean? I said, open the front door. It was already up to our porch," another said.

Meanwhile, school districts in Oklahoma City and neighboring areas canceled classes Monday with forecasts of hail and wind gusts of up to 80 mph.

The extreme weather has been hammering the region off and on for several days. Scores of tornadoes have raked the Southern Plains since Friday, leaving widespread damage and some people injured.

The extreme weather is forecast to keep hitting eastern Oklahoma Tuesday before moving into Arkansas, Missouri and western Illinois 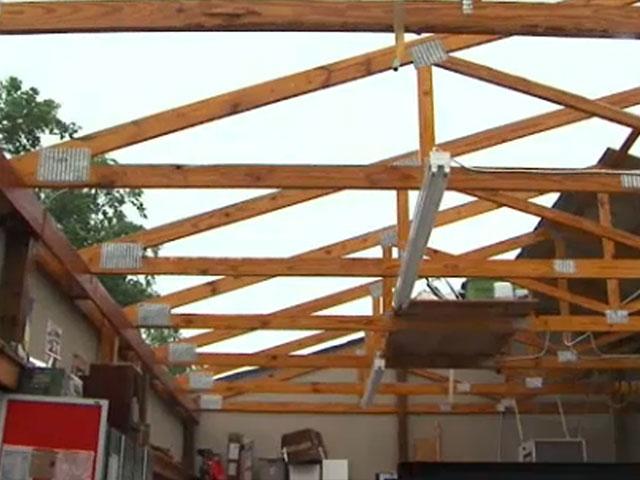