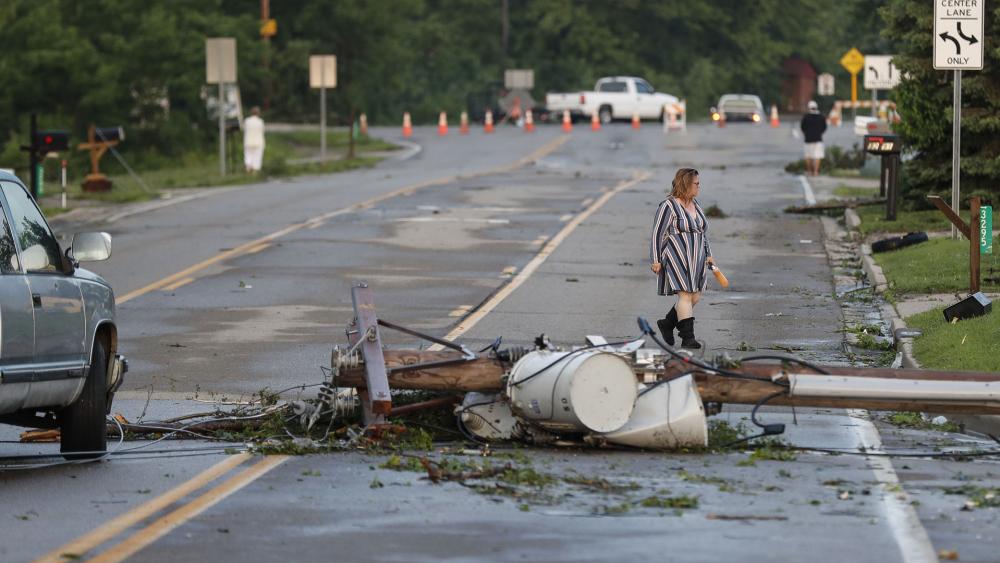 Devastating storms are relentlessly pounding the Midwest, unleashing multiple twisters across Indiana and Ohio overnight. It's just the latest in a week of wicked weather that has killed at least 15 people and injured dozens more.

Multiple tornadoes swept through the Dayton, Ohio, area Monday night, leaving behind a trail of destruction in the city of more than 140,000 people.

"We come out and see this canopy completely gone on our church van. Scariest moment of my life honestly," said a Dayton resident who found shelter in a church.

The scene there is still active, with police in a search and rescue mode.

"We have a lot of people that's disabled on my street. We're just trying to make sure first responders can get there because right now they can't get nowhere," said another resident.

Just next door in Pendleton, Indiana, downed trees and wide spread power outages are part of the aftermath of another suspected tornado. At least 75 homes were damaged there.

"We saw the spinning and I turned around for like three seconds and the tree in our neighbor's backyard, fell into our backyard," said an Indiana resident.

Residents in El Reno, Oklahoma are still recovering after a tornado tore through a hotel and a mobile home park, claiming two lives. Gov. Kevin Stitt received a call from President Trump while surveying the damage.

Across the South, a heat wave over the weekend left eight cities tying or breaking temperature records for May. Gainesville, Florida and Savannah, Georgia were at the top with a scorching 102 degrees.

The weather worries don't end there with flooding in Arkansas expected hit record levels, testing the levees like never before.

The Arkansas National Guard already had to step in to save two stranded dam operators. Gov. Asa Hutchinson has approved $100,000 in emergency funding.

Meteorologists predict another round of severe weather to hit the plains states Tuesday night.