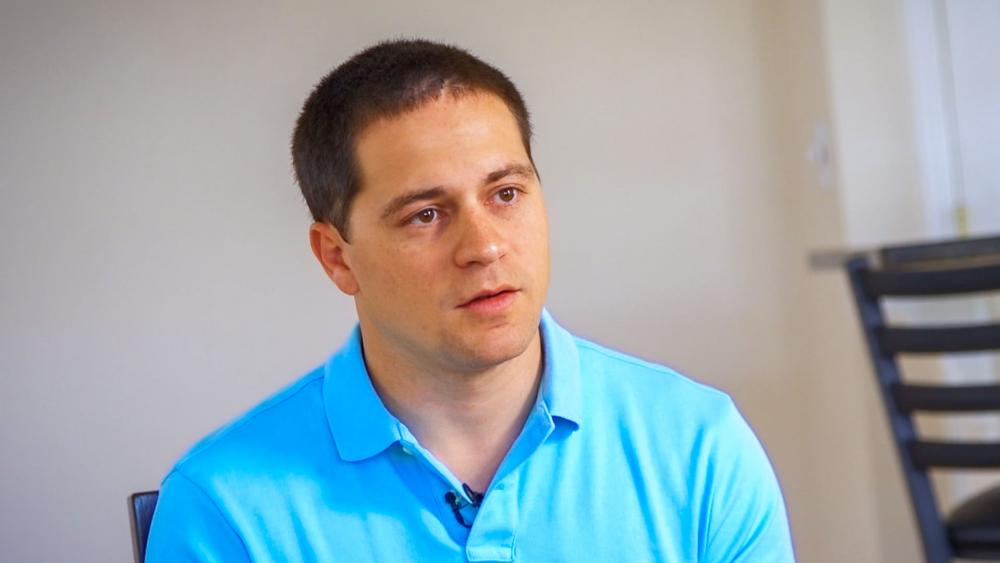 VIRGINIA BEACH, VA – On April 25, 31-year-old Collin Dozier was driving home around midnight when he noticed a car pulled on the side of the road on the Lesner bridge.

He said he felt compelled by God to investigate after not seeing the driver of the car.

"I figured he wasn't even near his car that much," Dozier told CBN News. "So, I just felt the Holy Spirit speak to me and tell me to go up there."

The man, 27-year-old Jacob Palmer, had gotten out of his car to jump from the bridge.

"At that point I was like, 'Hey man, don't do it. Jesus loves you. He's got a plan for your life,'" Dozier explained.

Dozier, a devout Christian, said that while Jacob didn't respond, that didn't stop him from talking and at times sharing his own personal testimony.

"No matter what I said he wouldn't listen," said Dozier.  "So, that's when I did the only thing I knew to do in a situation like that and that's to pray. So, I reached out my hand and I was like, 'Lord Jesus please speak to this man. I pray right now you open up his eyes and show him your love.'"

He continued, "I was like, 'Man I've gone through a lot of hard times in my life and there's only one thing that's really going to help me get through those hard times and that's turning to the Lord."

"He said 'leave me alone. I have a gun. I'm going to kill you both, there's going to be two murders tonight if you don't leave me alone right now'," he recalled.

Yet Dozier, a former high school and college wrestler,  inched closer and closer to the Jacob, who by now, was rocking back and forth on the bridge's railing.

That's when Dozier made his move.

"I went for it and I went over top his arms and I pinched my elbows in," he said describing the moment. "I knew that he couldn't reach for anything. I stepped up onto the railing and I sucked him back. I picked him up and I threw him down on the pavement and at that point the police officers jumped over the roadside railing and were able to apprehend him.

On Wednesday of this week, the city of Virginia Beach recognized Dozier's heroic actions by honoring him with its Lifesaving award.

"I really believe that the good Lord puts his hands on our shoulders at times to do great things like this," said Virginia Beach Mayor Bobby Dyer. "This is an individual who put his own life at risk to save another. and you know, that's a godly thing."

Dozier has since stayed connected to Jacob, who on the night of his attempted suicide, had been high on Meth, PCP, Heroin and Cocaine.

He has since become a Christian and now attends Dozier's church. He has been sober since that night.

"He said the fact that the love that you showed me, it blew his mind and to the point that he said I want that," explained Dozier.  "He said I want that love. I just told him the scripture and I said if you'd be willing, I'd love to pray this prayer with you, and he said absolutely, and he accepted Jesus in his heart."

Dozier said Jacob plans to be baptized in June. "He told me at church on this past Sunday, he said that he's like, 'How can I do this whole baptism thing? I hear them talking about it church'."

"And I said, 'That would be awesome man. That's going to like make a huge difference in your life.' And he said, 'I want to do that.' And he sent me a screenshot on his phone of where he registered yesterday so that's pretty exciting," said Dozier.

Meanwhile, Dozier said that others have reached out to him for help and for prayer.

"The guy at VB Psych Center saw me talking to this guy, reached out to me two nights ago saying that he's sick of his heroin addiction," said Dozier. "He can't do this anymore. He sees the huge difference, the change in this guy's life instantly and he's searching for this joy and the peace and this hope. And I was able to share the gospel with him and he gave his life to the Lord too."

He says he had been asking God to help him to share the gospel with more people.

"I've been praying for a long time that God helps me be bolder in my faith, and not only that but that someday, somehow be able to bring thousands of people to his kingdom one day. Maybe this is the start of it," said Dozier.

For now, many are calling Dozier a hero.  But he is quick to give the credit to the one who saved a soul in more ways than one.

"I absolutely give all the glory to God," he said.  "There's no doubt.  You can't make this stuff up. This is all God incidents," said Dozier. 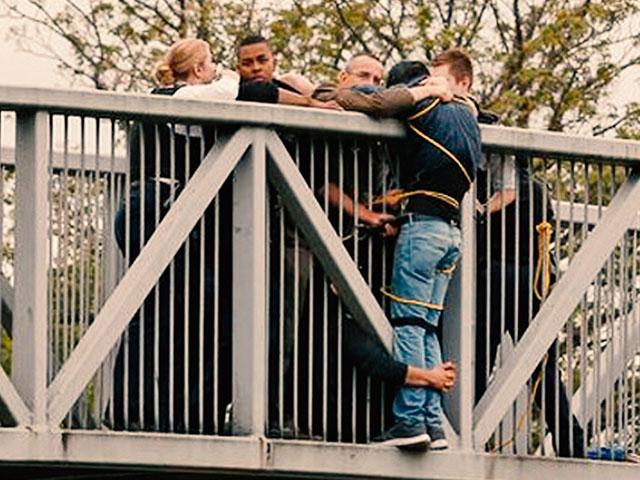 Good Samaritans Rescue Suicidal Man from Jumping to His Death