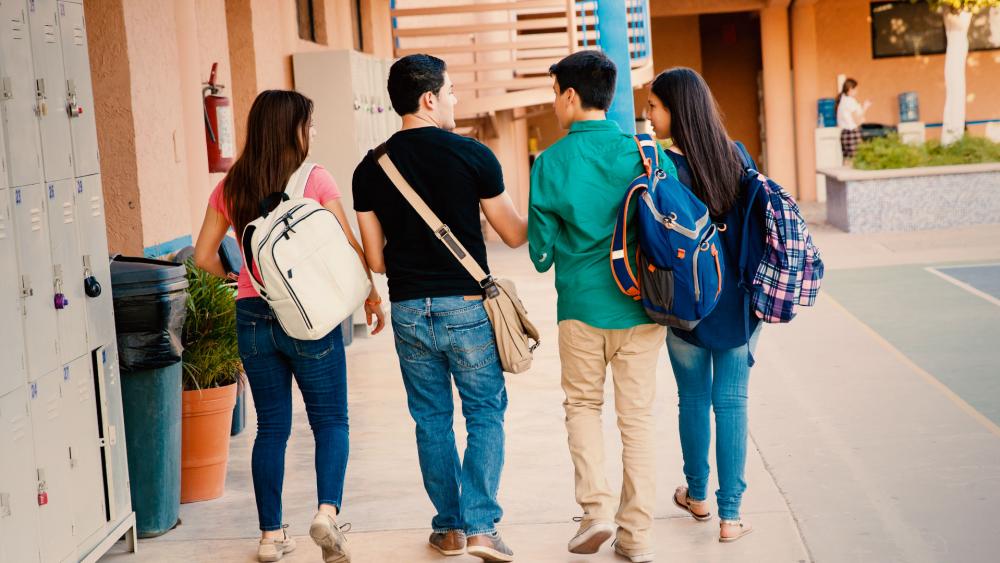 A North Carolina school invited two drag queens to talk to middle school students about the LGBTQ community and what it's like to be transgender.

Taylor Schmidt and Schara Brooks, two teachers at Central Park School for Children in Durham, North Carolina, told CNN they organized the event with school administrators because they believed LGBTQ students were being bullied.

The school collaborated with social activists to create the Pride and Liberation Event, which included drag queens Vivica C. Coxx and Stormie Daie as special guests.

This is a crazy day. From the court house to the cable show! I am so happy to be able to create action to facilitate conversation about the experiences of being lgbtq youth in our schools. Stop vilifying the lgbtq community, teach lgbtq history, share the experiences of lgbtq people in your life, teach about respect, love, kindness, and please celebrate diversity and but implement equity and uplift the people putting their body on the line to make a difference. @newsobserver @theviewabc thank you for your coverage. Please introduce yourselves to the many great works happening in my community @ignitekindred @sfqp @elcentrohispanonc @qords_camp @allianceofaidsservicescarolina @Carolina I rtionfund and of course the @aclu_nc currently fighting against house bill 142 the diet #HB2 #bathroombill our state passed. #dragqueen #houseofcoxx #doitlikedurham #payblaclfemmes #fightthefight #representationmatters #vote #blackmamabailout #theresaliggtinthedistance #transriggtsarehumanrights #womensrightsaretheirrights #blacklivessmatter

CNN reports students were permitted to opt out of the event but most decided to attend.

The drag queens spoke on a panel and encouraged the children to celebrate LGBTQ lifestyles.

"I thought they must be feeling so empowered to see someone being themselves on stage," Coxx told CNN. "Visibility matters, and seeing a queer person of color on stage saying 'this is me' has an impact that no one can really measure."

"You hope that the children listen to this," he said, "so that they know we didn't have this when we were growing up. We weren't seeing people like us being celebrated."

The two teachers who organized the event hope it spreads to other schools.

"If schools are nervous about doing the work of Pride and Liberation, we get it ... but what to us seems daring, to our LGBTQ+ students could be lifesaving. Public school educators ultimately teach for liberation -- that's the job," said Schmidt.