The Equal Rights Amendment passed Congress in 1972. At the time it had seven years – by law – to get the required approval from three-fourths (38) of the individual states in order to become an amendment to the US Constitution. But by 1979 the ERA had failed to pass 38 states, falling three short. In the last two years, two other states ratified the ERA, leaving the need for just one more to clinch ratification. That is IF that 7-year deadline of 1979 could be changed.

That's what a vote last Wednesday by the Judiciary Committee in the US House of Representatives was all about. The Committee voted 21 to 11 on a resolution to breathe new life into the ERA and remove that 7-year deadline retroactively so supporters could pick up where they left off back in 1979 to push for approval.

Chairman Jerrold Nadler introduced the resolution. "By the end of the 1970s, the ERA was just a few states short of full ratification, but then progress on ratification slowed, and the deadline Congress had set for ratification passed. There is a renewed momentum behind the ERA, however, and this legislation would ensure that no arbitrary deadline will stand in the way of equality once a sufficient number of states ratify the ERA."

But Ranking Member of the Committee, Rep. Doug Collins (R-GA), led the opposition to the resolution and said it just doesn't work that way.

"Now that Democrats control the Virginia legislature, the proponents of this joint resolution want to convince their base that, if it's passed by both houses of Congress – by a simple majority vote – and signed into law, and then Virginia alone passes a resolution to allegedly "ratify" the 1972 ERA, that amendment would become part of the Constitution.

Congress, however, doesn't have the constitutional authority to retroactively revive a failed constitutional amendment and subject citizens in all 50 states to the current political trend in just one state. The Supreme Court has already recognized that. The past Democratic leadership of this House recognized that. Apparently the current leadership on this committee, however, is intent on rewriting history."

Rep. Collins told the Committee that supporters of the ERA really have only one choice if they want the amendment to be re-considered: pass it by a two-thirds vote in Congress and take it to all fifty states again to see if three-fourths (38) of them approve it as the Constitution requires. But that approval, he says, is unlikely. His reasons revive the battle over the ERA 40 years ago.

According to Chairman Nadler, supporting the ERA is clear-cut, just the way supporters argued in the 1970s.

"I would hope that there is little dispute about the need for enshrining in the Constitution a clear and firm statement guaranteeing equal rights under the law regardless of sex."

So if the ERA is about no discrimination based on sex and equal rights for women, why would anyone want to oppose it? The opposition then and now says it's not that simple and that the ERA has many ramifications in practice, and they are not good for women.

Back in the 1970s, the opposition to the ERA was led mostly by one woman, Phyllis Schlafly. Schlafly mobilized opposition arguing that rather than affirming the rights of women, it would strip them of very important protections put in place because of the roles that women play in our society. Schlafly passed away in 2016, but many of her basic talking points carry over to today. "The ERA, she wrote, "would overturn laws and practices that benefit women because they would be viewed as showing preferential treatment to women."

She included certain workplace laws protecting pregnant women, state labor laws that benefit women like for those who do manual, heavy labor, and protections for stay-at-home mothers – any laws that provide preferential treatment for women. She also argued the ERA would require that all women be drafted and placed on front-line combat in equal ratios to men.

Finally, she argued, there really wasn't a need for the ERA, that it wouldn't give women any more rights than they already have provided by "the 14th Amendment (section 1) as well as numerous other laws in virtually all areas of American life – employment (including equal pay), education, credit eligibility, housing, public accommodations, etc. The US Supreme Court has already applied the 14th Amendment to women's issues (United States v. Virginia, 518 U.S. 515 (1996))."

According to Rep. Collins, the ERA would torpedo any state laws that restrict abortion, even those protecting the unborn up to the moment of birth.

"In recent years, an increasing number of leading pro-abortion advocates have openly argued that the language of the 1972 ERA would require unlimited abortions with no restrictions whatsoever nationwide, regardless of the view of voters," Collins said in his remarks to the Committee.

He cited an alert sent out by NARAL Pro-Choice America earlier this year that stated flatly "The ERA would reinforce the constitutional right to abortion... (it) would require judges to strike down anti-abortion laws ..."

The ERA also would overturn protections supported by the Trump administration for religious believers on the issues of abortion and the LGBT agenda. Chairman Nadler acknowledged that in his remarks:  "And make no mistake, the ERA's prohibition of the denial or abridgment of "equality of rights under the law...on account of sex" includes discrimination based on sexual orientation and gender identity. With ongoing efforts by the federal and state governments to undermine equality under the law based on sex, it is clear that an Equal Rights Amendment is more important than ever."

Mike Farris of the Alliance Defending Freedom says there's no question that the ERA would bolster the claims of Roe v. Wade and "the LGBT agenda - including the most radical transgender claims."

But most alarming, Farris writes in a Facebook post, is the abuse of the Constitution's amendment process, as ERA supporters try to revive the old amendment. Farris argues the ERA of the 1970s is dead and agrees with Collins that the approval process has to start from the beginning.

"Now major news organizations are reporting that only one state needs to ratify for the ERA to be adopted. The headlines are especially dogmatic. Even the articles which discuss the timing issues present the case as if it is essentially settled that the ERA can still be ratified.

"This is not a close call legally. These are outrageous claims that would be laughed at except for the fact that it advances the agenda of the left," Farris said.

Farris says this fight has just begun, and that he will battle against this perversion of the Constitution and the tenets of the ERA.

"We will sue. And we will win again...No one should get away with deliberately changing the rules for amending the Constitution. " 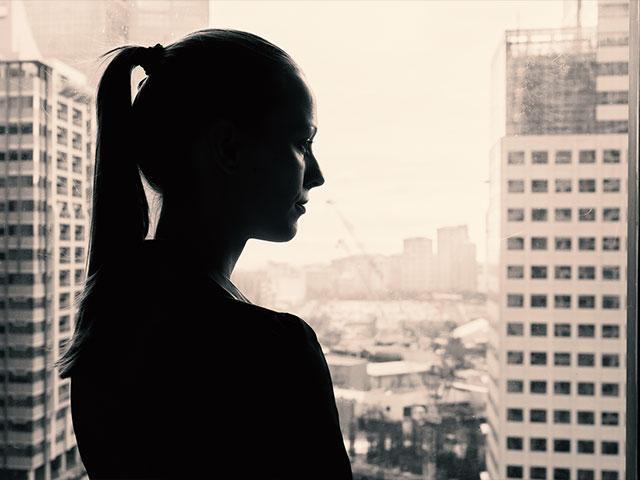