FAITH-FILLED FRIDAY 'My Drug of Choice Today Is God': How This Former Addict Was Set Free to Help Others 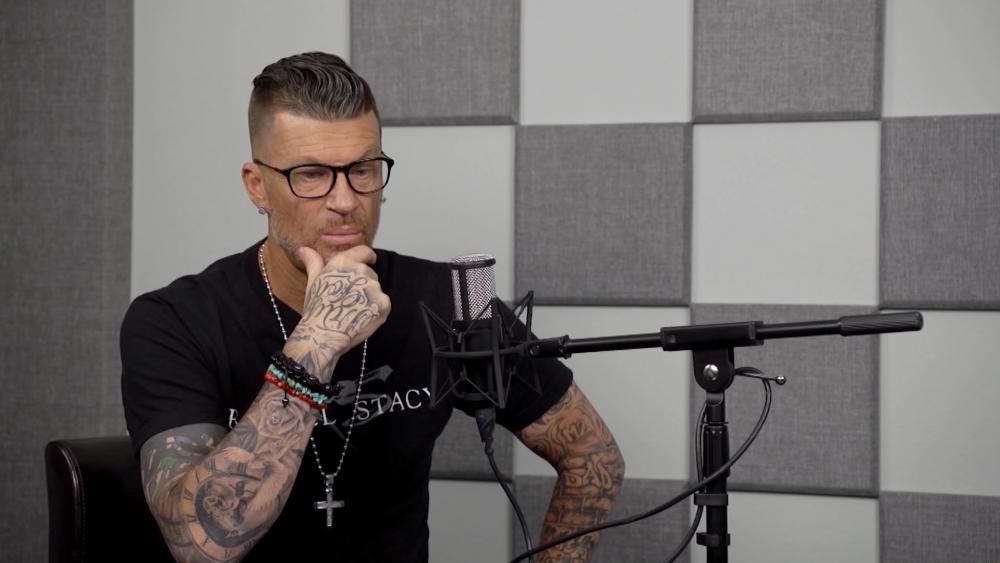 6106878496001
'My Drug of Choice Today is God': Former Drug Addict and Alcoholic Goes from Powerless to Empowering Others

DALLAS, TX – Michael Molthan doesn't shy away from talking about his painful past of drug and alcohol addiction. On his talk show called, M2-The Rock, he shares how he went from building homes to being homeless.

Molthan was arrested on a drug charge in 2009. "I had a large amount of cocaine in my truck," he explained. "I was intoxicated, and I was arrested. And I'll never forget that when they took me down to the jail, I had my very first mug shot."

"When I look back, that's how the word powerless – I'm powerless over this deadly disease," he said.

Feeling agitated, anxious, and facing three years behind bars, Molthan underwent a spiritual encounter after an inmate asked him to read to him.

"I grab this book from a gang-banger, a black panther, and he used it as a pillow," he explained. "Brand new book and it was the Living Recovery Bible, New Living Translation. Now, these are black words on white paper at the time. They're not meaning anything to me. Next thing I know, four days have passed by and I started thinking about this and I go, four days just went by and I wasn't anxious. I wasn't in fear. I was calm, and I was at peace."

Later that night, he experienced another life-changing moment.

"I couldn't breathe," he recounted. "All of a sudden I felt all this trash and hatred and anger and resentment and everything just coming out of my body like flies. All this stuff was just coming out. And I just took this breath and I just go something magical happened and I was full of love, and looking around I loved everybody."

"I started preaching and I didn't realize what I was doing," he said. "And I did it at the end of every dinner."

In 2017, a paperwork error led to Molthan's accidental release. So, with no money or food, he walked 300 miles to ask judge Jennifer Bennett to send him back to jail.

"I walk in there to turn myself in and I'm excited," says Molthan. "I'm like, 'I'm going to go back to prison. I'm going to do my time, get this over with and get this behind me.' I mean, complete acceptance. God is running the show, right?"

He continued, "I walk in there and Judge Bennett says, 'Mr. Molthan there's obviously someone a lot bigger working in your life than me and I'm not going to get in the way.' And she set me free. And she said, 'I want you to come back tomorrow with the self-correct program. I want you to go pay it forward."'

And Molthan is doing just that by sharing his story of freedom and sobriety with those seeking help for addiction.

Helping Others Trapped by Addiction

"I was the biggest mess in the state of Texas," he says. "Today the judges call me to ask me for my advice. There are judges in the State of Texas that have reached out to me that I have personally helped them with their family members to get them into treatment to get help. There are judges that family members who have watched the show that have reached out that are now clean and sober today."

Judge Bennett has even appeared as a guest on his radio program and the impact of Molthan's work is reaching around the globe.

In the end, Molthan's message is simple: he believes if God changed him, He can change anybody.

"I don't wake up in the middle of the night craving a drink," the testifies. "The mental obsession of drugs and alcohol has been removed."

"My drug of choice today is God," Molthan added.