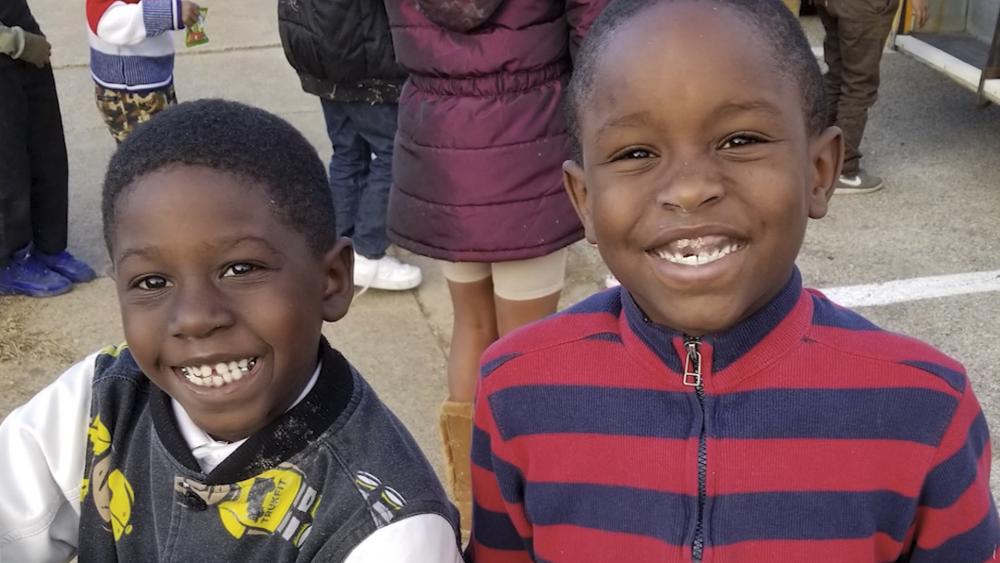 DALLAS, TX – Each week, rain or shine, open fields in several Dallas neighborhoods turn into something called Sidewalk Sunday School – complete with music, drama and Bible stories. And each week some 200 kids show up to learn about God.

It's all part of an outreach called Dallas Metro, a ministry Clay Wallace started 26 years ago.

"The easiest way to reach people is to reach them in their neighborhood, on their turf," Wallace told CBN News. "We have a one-hour program; one hour, fast-paced, action-packed program that communicates the gospel in a way they can understand."

Helping Children from the "Danger Zones"

Children from broken families, danger zones, and some of the city's poorest communities attend the weekly gatherings.

"These kids all live in high-risk crime areas," Wallace explained. "Many of our kids have been abused; physically, emotionally, sexually."

Live music and practical skits are just a few ways the ministry helps to bring peace.

Wallace says while methods may change, the message remains the same. "It's God's word that changes our lives," he said. "Our goal every week is we teach one verse to every child."

"They teach it to where kids and adults can understand about Jesus Christ," said one student.

CBN News visited one of the 14 neighborhoods that host the Bible-based program each week.

Kids are the Focus, but Parents Learn about Jesus, Too

Operations director James Musyoki says while kids are the focus, there is a fringe benefit.

"We have parents that come out," he explained. "The cool thing is that not only do the parents come out, there's people that don't even have kids that come and just watch and they're part of the program because they're so drawn to the atmosphere that's here on this lot."

Due to growing needs, a teen program, weekly food distribution, summer camp, and holiday giveaways have been added.

"You never dream you have the opportunity to have [an] impact on tens of thousands of kids' lives and that's what's happened over the years," said Wallace.

Timothy Thomas is just one life transformed by the ministry. Growing up his parents belonged to a gang, a path he says he was sure to follow.

"I was a hot-headed, little... if you could describe the worst teenager, that was me," Timothy said. "The one thing that I heard from this that really stuck was Jesus is your friend – you should be a friend of God."

Carina Thomas and her family often struggled to make ends meet. She says Dallas Metro was always there providing love and support.

"They were out there every single week, knocking on our door and to some families, it can be like 'they're back," commented Carina. "Why are they always coming back – they never gave up."

Now college graduates and a married couple, Timothy and Carina serve together as youth and children pastors at the ministry.

"I remember as a kid looking up at the teachers on the stage thinking 'man they have it all together like they're so cool," explained Carina. "They know Jesus. I wish I could be like them. They made a difference in my life. I'm able to pour out that same love I received as a child into these kids."

"If it wasn't for Dallas Metro and if it wasn't for James and Pastor Clay just constantly being there, there's no telling where my life would be," said Timothy. "I would have followed what I call the neighborhood norm. Here's the neighborhood norm, you get out of high school, that's it. If they weren't there, I probably would have did [sic] the same thing –  drugs. Probably would've had four kids by now, four different baby mamas."

That constant connection led to a better life than he ever dreamed, something Timothy can now share with a new generation. "God has a purpose and destiny for your life," he said. "And there's a way to get there, you have to have a relationship with Him."

Meanwhile, Wallace believes the last two decades of his ministry are just the foundation for the greater to come.

"We have a new generation of leaders that God is raising up in our city," said Wallace. "And I really do believe that this next generation is going to do far better, far exceeding anything that we have done."