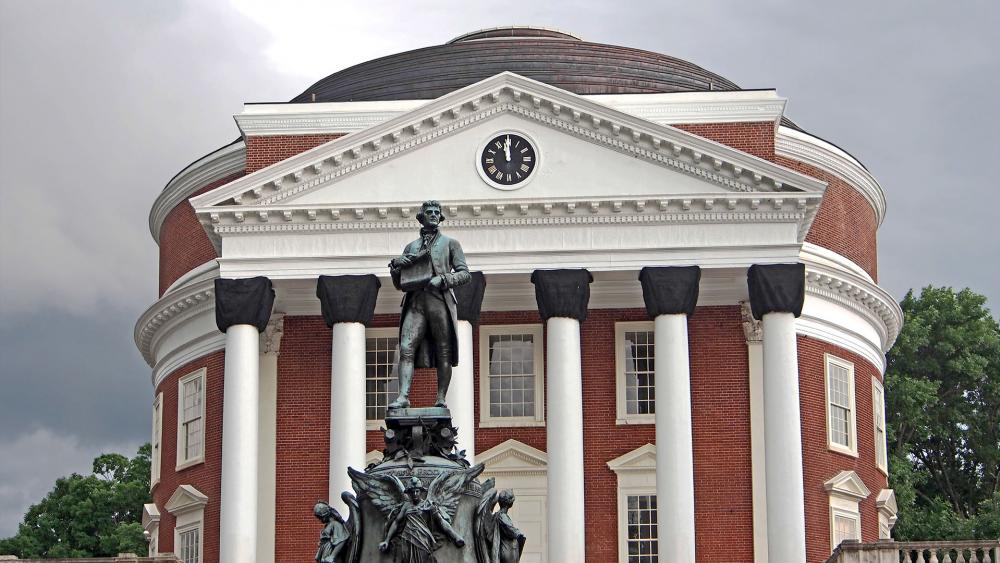 University of Virginia Rotunda and Statue of Thomas Jefferson

James Ryan, the university’s president, posted a statement on Facebook explaining that there were concerns about firing weapons on school property in light of recent school shootings.

Click here for a free subscription to weekly Todd's newsletter: a must-read for Conservatives!

He said there were two specific reasons.

"First, to minimize disruptions to classes, given that this event is located at the juncture of four primary academic buildings and is held at a time that classes are in session; and second, recognizing concerns related to firing weapons on the Grounds in light of gun violence that has happened across our nation, especially on school and university campuses," the president wrote.

As you might imagine – the outrage among veterans and military supporters has been severe.

"I am very disillusioned, very upset, and very surprised that they would make such a decision," veteran Jay Levine told television station WHSV.

The Daily Progress condemned the university's decision in an editorial.

"It also, ironically, sends an unfortunate message about students: That they are too fragile, too delicate, too distractible to deal with the 'interruption' of the salute. That they are too insular, too wrapped up in their own worlds to comprehend and accept this longstanding practice. That they must be protected from the reality that exists outside academia," they wrote.

The blowback was apparently so significant – that President Ryan promised to re-introduce the 21-gun salute next year.

The notion that students might suffer some sort of disruption because the ROTC is honoring our veterans is repulsive.

The irony is that gun salutes are a demonstration of a military’s peaceful intentions, according to the U.S. Army Center of Military History.

"The use of gun salutes for military occasions is traced to early warriors who demonstrated their peaceful intentions by placing their weapons in a position that rendered them ineffective," the center explained. "The 21-gun salute became the highest honor a nation rendered."

The University of Virginia may think they are protecting their overly sensitive students, but in reality they are disrespecting our veterans.

Todd Starnes is a columnist, commentator, author, and radio host.  A former radio host for Fox News, earlier this month he announced the launch of his newest venture, Starnes Media Group, which he described as "a multi-faceted broadcasting and digital company focused on delivering authentic conservative news and commentary."