World War II 'Could Have Gone the Other Way': Inside FDR's Secret Mission to Tehran 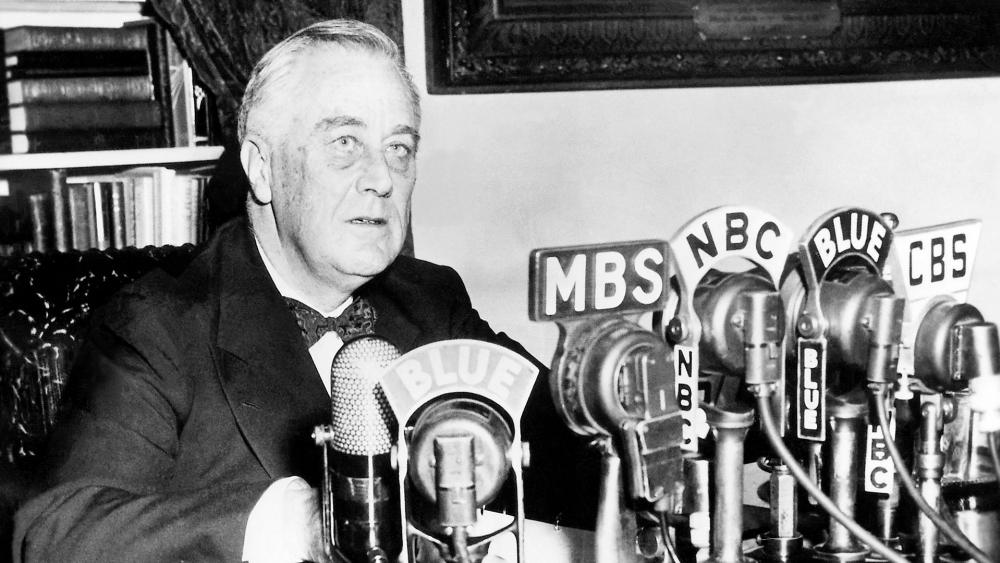 President Franklin D. Roosevelt at the White House in Washington, D.C., delivering a national radio address on January 11, 1944. A little over five months later, he would address the nation about the D-Day invasion. (Image credit: Wikimedia.org)
6100315764001

World War II 'Could Have Gone the Other Way': Inside FDR's Secret Mission to Tehran

The story begins in November of 1943 when Hitler's march across Europe put the fate of the world on the line.

"We've had a few successes in the Pacific against Japan but not a lot and it's teetering – it's literally on the brink. The allies could lose. And FDR and Churchill who had become tight allies determine that they need Stalin to sign on," Baier tells CBN News.

"It's a secret trip because obviously there's a lot of possibility of assassination attempts, of U-Boat infested waters, and he takes a ship – a US battleship – the USS Iowa. They are surrounded by other battleships and destroyers and during that time going over they have an exercise where there's an accident and a torpedo accidentally from one of the other ships starts heading towards the USS Iowa and they narrowly miss it. It blows up about a thousand feet away. FDR is on the deck looking at it. He thinks it's great, but the possibility was that you could have a torpedo take down the battleship with the president and all the chiefs of staff in one moment," Baier explains.

"They get over that, they get to Tehran and they're told that there's an assassination attempt. That the Nazis have parachuted in and that they are dressed as Red Army Soviet soldiers and that they're going to try to kill the big three leaders. For that reason, Stalin brings them to the Soviet embassy and thinks he can protect them better there. Some in the US thought it was all a ruse so they could be in the Soviet embassy and listen to all of the conversations through bugged rooms, but others say it was a real threat," he says.

It was in that meeting where the three men hatched Operation Overlord, better known throughout history as D-Day.

"When you're standing [and] looking at those beaches you realize the service and sacrifice of all those people getting out of those watercraft, all the people jumping from planes, all the people who were lost on that beach and you realize that it could have gone the other way," Baier explains recalling seeing the beaches US and allied forces stormed in Normandy.

In his book, he points out how FDR courted Stalin to gain his trust, much to Churchill's frustration.

"I think people forget how dangerous this time was and that it really was a moment where it could have gone the other way. If Stalin agrees to side with Hitler and signs a pact with him. It changes the history of the world. Nazi – we'd all be speaking German," he says.

FDR was an Episcopalian who didn't wear his faith on his sleeve.

"He didn't pray a lot in public, however, the one big moment where he is telling the nation what's happening when D-Day is announced. When the secret is out that we are invading, in Normandy. He chooses not to deliver a speech, but to deliver a prayer," Baier explains.

Over the radio, FDR prayed, "Almighty God, our sons, the pride of our nation, this day have set upon a mighty endeavor, a struggle to preserve our republic, our religion, and our civilization and to set free a suffering humanity...Thy will be done, Almighty God. Amen."

Roosevelt is a legendary president for whom Baier has renewed appreciation.

"The human part of him is complex. You know, he had kind of a big complex. He thought he could save everything by the time he was elected for the fourth time, but at the same time, he had the ability to communicate better than any other president to that point. He used fireside chats over the radio – that was his Twitter back in the day – to get over the press and talk directly to the people and I came to appreciate that ability more than anything else," Baier says.

And although he felt he needed Stalin to defeat Hitler, it burned him in the end. We now know the Tehran summit sparked the Cold War that was to come.

"FDR, in an effort to get Stalin on his side, gives a lot of concessions including about Poland and about what's going to happen after the war and because of that Stalin is emboldened and communism is on the rise and it leads to the Soviet Union controlling eastern Europe," Baier explains.

Baier says through his research, he believes FDR thought he could rein-in Stalin, but died before he had the chance.

It's lessons like these and the journey to realize them that encouraged Baier to focus on this consequential moment.

He's even released a young readers edition for kids so they too can understand the debt owed to the WWII generation.

"So, the dedication that I write in the book is to the men and women who died on those beaches, WWII veterans who survive today for their service and sacrifice and for saving the world because they really did," he says.

Baier's latest book is the third in his Three Days Series. His other two include Three Days in Moscow: Ronald Reagan and the Fall of the Soviet Empire, and  Three Days in January: Dwight Eisenhower's Final Mission. 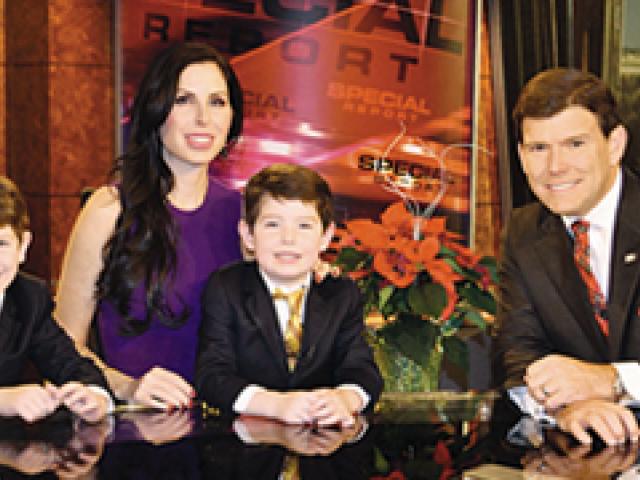