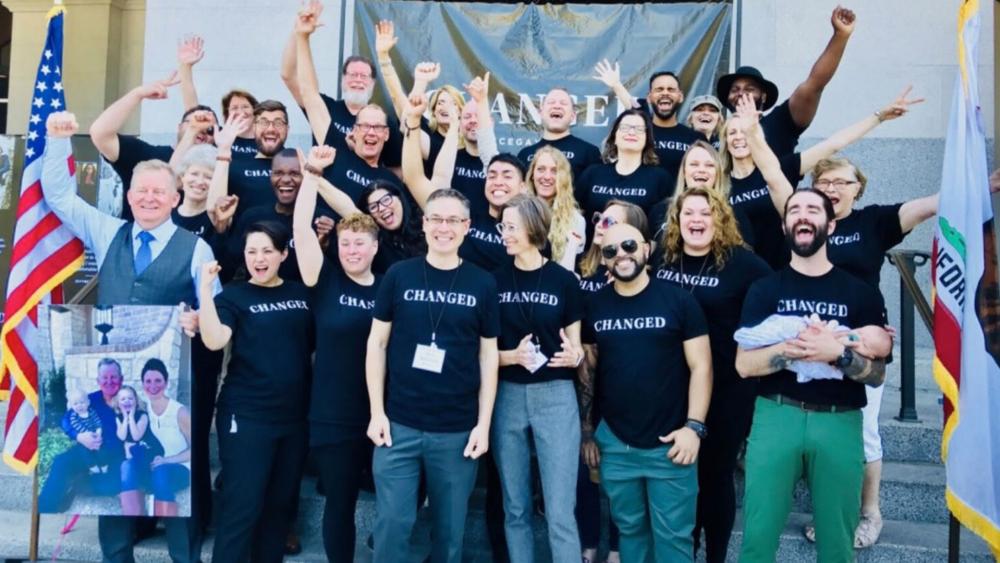 The Changed Movement is made up of people who have left LGBT lives behind. (Photo courtesy: Changed Movement)
6099496823001
Former LGBTQ Members Say Their Changed Lives Prove Homosexuality Isn't Permanent

Political correctness insists LGBTQ people are born that way and their sexual orientation is impossible to change. But 18 former gays, lesbians and transgenders stood before the US Capitol this week to proclaim they're real, despite a culture that denies such transformation is possible.

They're just the tip of the iceberg, representing thousands who've moved out of the homosexual and transgender lifestyles. Many of them have joined what's known as the Changed Movement, co-founded by Elizabeth Woning of Redding, California.

She told CBN News, "We've experienced a change in our sexual orientation – some small, some great. I mean, some of us don't experience same-sex attraction anymore. And yet, everywhere you go, you hear that's utterly impossible."

It wasn't impossible for Changed Movement co-founder Ken Williams – a former homosexual, but now a heterosexual father of four.

"I really don't experience same-sex attraction," he testified. "I don't ever get sexually aroused by looking at a man. That hasn't happened in years."

But US House bill 3570 declares therapy similar to the counseling that helped Williams leave homosexuality can't actually accomplish that.

Williams worries such a bill could forbid therapy like what saved his life.  In fact, it will be illegal even if a person requests what some call conversion therapy.

"At 17 years old, I was suicidal," Williams recalled. "I started seeing a Christian counselor, who I saw weekly for five years. It changed my life. That's the last day I felt suicidal was the day I was able to go and talk about my brokenness and what I wanted – my own goals for healing."

Pastor Jim Domen, founder of Church United, added, "The government is getting into a private, medical room setting and telling the doctor how to proceed, or telling the counselor, the therapist what to say, not allowing the client to choose the direction they want to go.  Myself and the other former LGBTQ people have chosen to leave the lifestyle."

Such therapy – which is already illegal in Domen's home state of California – helped Domen go from gay guy to heterosexual husband and dad.

"It grieves me because as a young man at 16, I sought professional counseling, and this counseling would not be available for youth today, and actually in 18 states in America. And these two bills that are moving at the federal level would not allow it for adults or youth," Domen stated.

"These bills would not only prohibit it. It's almost like we'd have to go underground to seek help," Domen warned. "And it breaks my heart when you hear the stories of people who've been sexually abused, people who are suicidal or people who are going through depression and seeking help, or they want to go in a different direction. It would be very difficult if not impossible to do."

In fact, a bill like H.R. 3570 not only ignores the help such therapy has brought some people, it brands it toxic.

The bill states: "…it is substantially dangerous to an individual's mental and physical health, and has been shown to contribute to depression, self-harm, low self-esteem, family rejection, and suicide."

The news release announcing this Capitol Hill gathering of former LGBTQ people stated, "Coercive proposals like H.R. 5 (the so-called "Equality Act") and H.R. 3570 promote only one ideology and force only one lifestyle as a way forward. Men and women who have opted out of the LGBTQ lifestyle daily face hate speech, protests, and discrimination simply for expressing their views or sharing their life stories. Amazon has removed their books, states have shut down their counseling options and their churches receive protests when they assemble together. Their basic human rights are being denied."

Woning said of bills like H.R. 5 and H.R. 3570, "I'm very worried about these laws because they marginalize us."

She told CBN News, "I understand the heart from Congresspeople who want to protect the LGBTQ community because human dignity needs to be protected in America. However, they do that at the exclusion of people like me, who have made a different choice than the rest of the LGBT community. And the more they talk about it, the more they villainize people like us."

'Not One of Them Has Ever Been Harmed in a Therapy'

Ken Williams worries about legislators stigmatizing all sorts of counseling that can help move people out of the homosexual lifestyle by labeling it all "conversion therapy," which conjures up long-ago images of young homosexuals being brutalized to "make the gay go away."

He explained, "It's been at least 20 or 30 years since any kind of therapy happened that is something that people are claiming is harming people. It doesn't happen today."

'The Farther Christianity Gets Out of the Mainstream, the More Broken We're Becoming'

Many of these former LGBTQ people who journeyed to Capitol Hill this week are Christians who also give God the credit for their radical change.

Standing among them, Woning brought a warning for a culture that would reject that holy power and instead embrace what the Bible says is toxic.

She asserted, "America today wants to squash the Gospel and the power of the Gospel, when the moral values of Christianity are what supported America up to now."

Woning said of some of her fellow Americans, "We are denying our own biology. We are hating ourselves. We have higher rates of mental illness and suicide. The farther Christianity gets out of the mainstream, the more broken we're becoming in America."

These folks are saying while laws are being passed to protect people in the gay and transgender communities, other people who want to swim against the cultural mainstream will be hurt by those very same laws. 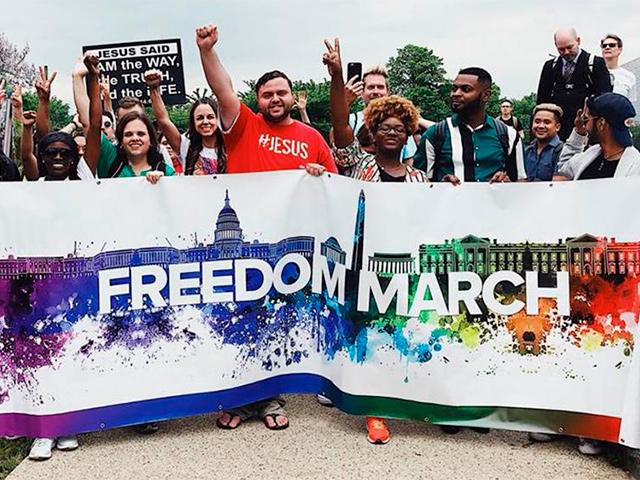