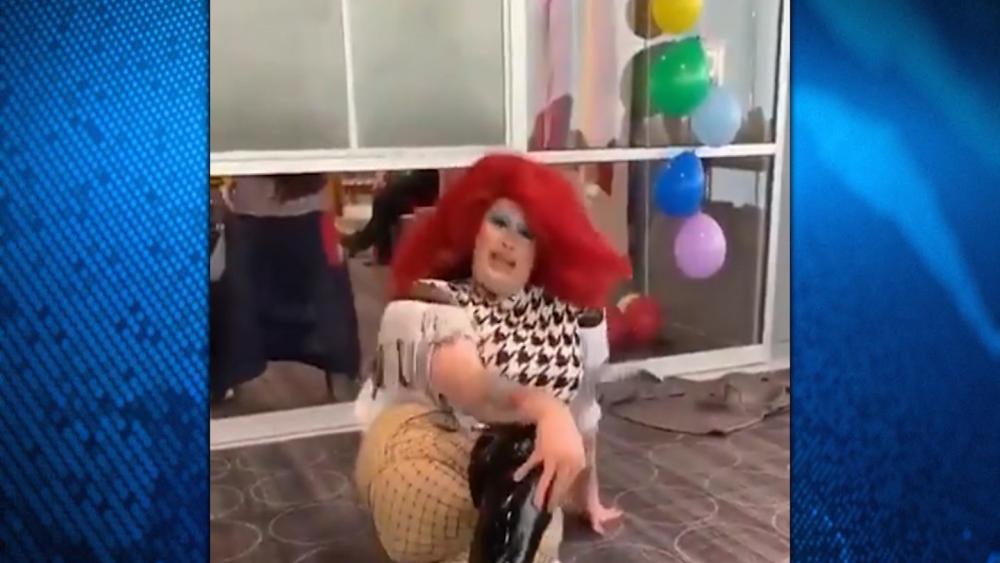 A video of a "Drag Queen Story Hour" in Washington state has gone viral on social media.

The video is of a drag queen stripper, and although it reportedly occurred over the summer at the King County Public Library in Renton, it was only recently posted to Twitter.

One Blogger reported the June 2019 event was advertised as being for "teens and tweens."

To date, the video has received nearly 2 million views and many people who posted comments about it asked, "What does this have to do with reading?"

Some pro-family groups and "Activist Mommy" Elizabeth Johnston have criticized Drag Queen Story Hours at public libraries across the country.

In March 2019, outraged parents discovered that a convicted sex offender read to children at a public library in Houston. Albert Alfonso Garza, known as "Tatiana Mala Nina," was convicted of sexually assaulting an 8-year-old boy in 2006. Library officials said they were unaware of the drag queen's criminal record.

"Drag Queen Storytime" or "Drag Queen Story Hour" is an initiative typically held at public libraries in which drag performers read books to children. Program advocates say they are important literacy programs that help teach children tolerance for members of the LGBTQ community.

Photos released in July of another drag queen library event at Portland's St. John's Library showed children laying on top of a drag queen on the floor.

"Activist Mommy" Johnston called it "utter insanity" and asked, "Whatever happened to puppet shows and craft day at the library?"

Watch Gary Lane's latest Drive It Home commentary (above)  where he shows video of the 'Drag Queen Story Hour' that turned into a drag queen strip show in King County, Washington.