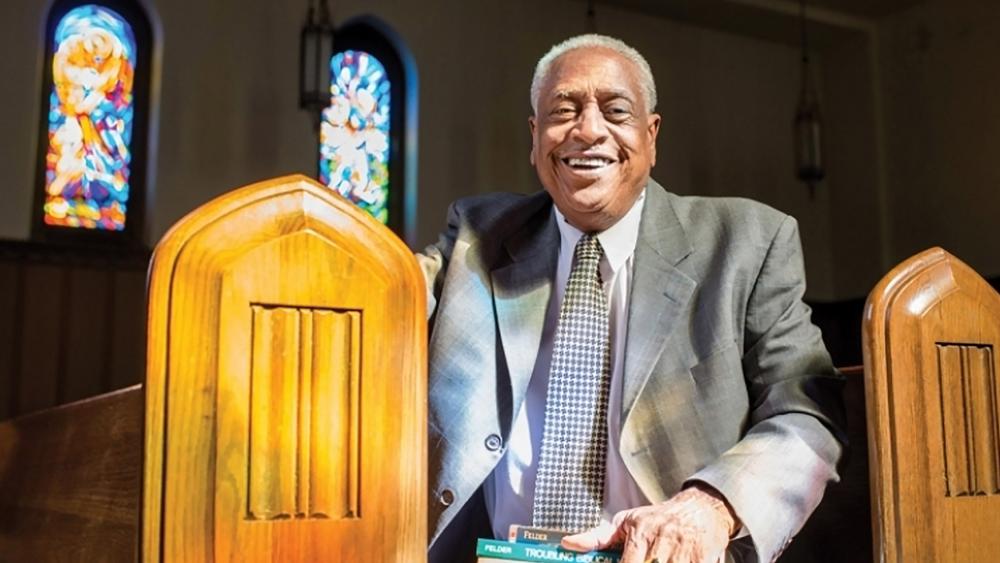 Author, preacher and professor, Cain Hope Felder passed away on Oct. 1 at the age of 76.

His death was announced by Howard University's School of Divinity where Felder taught for 35 years.

Dr. Felder drew attention to the overlooked presence of black people in scripture, according to Christianity Today.

"Black people are not only frequently mentioned," he wrote, "but are also mentioned in ways that are favorable in terms of acknowledging their actual and potential role in the salvation history of Israel."

According to his obituary, Felder committed his life to Christ at an early age and spent much of his time in church.

He was born in Aiken, South Carolina, in 1943 and grew up in Boston, Mass.

Felder worked as a counselor and director assistant at Morgan Memorial Fresh Air Camps in Massachusetts. The time he spent there helped shape his future as a minister and as a professor.

Felder earned his undergraduate degree from Howard University, where he realized that African Americans could be scholars.

During his career, he taught biblical studies at Princeton Theological Seminary, served as the pastor of Grace United Methodist Church in New York City, and was also a biblical scholar and professor of New Testament language and literature at Howard.

During the 1970's, Felder was one of only 30 African Americans who held doctorates in biblical studies.

The Christian Post reports that he wrote several books including Troubling Biblical Waters: Race, Class, and Family, and Race, Racism, and the Biblical Narratives. He served as editor of the book, Stony the Road We Trod: African American Biblical Interpretation.

Before retiring from Howard in 2016, Felder emphasized that "African Americans have not been cursed by God and that they have enormous potential as people on this earth."

"Religion should be the basis of empowering people, in giving a new sense of hope and meaning and allow them to reach the fullness of the human potential," he said.