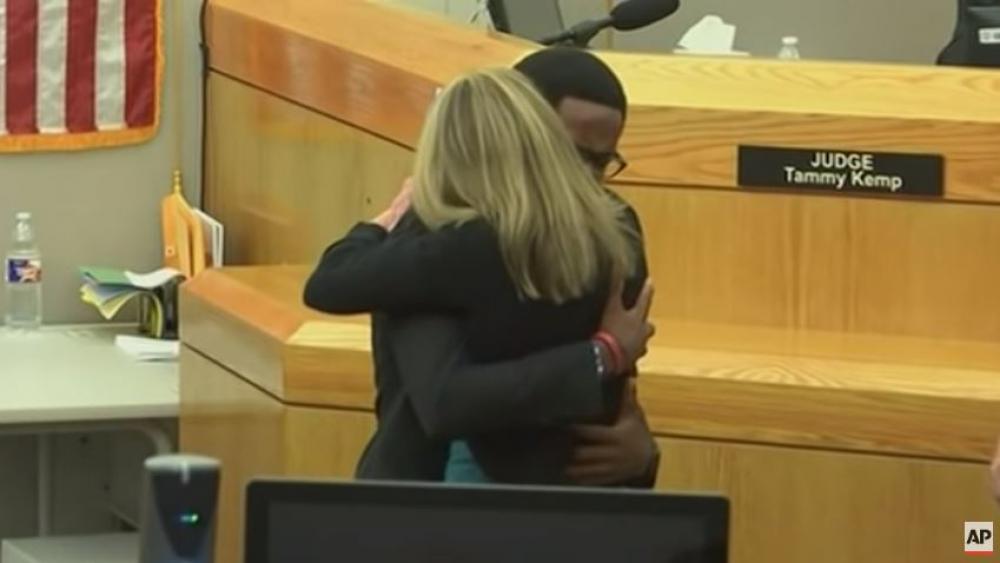 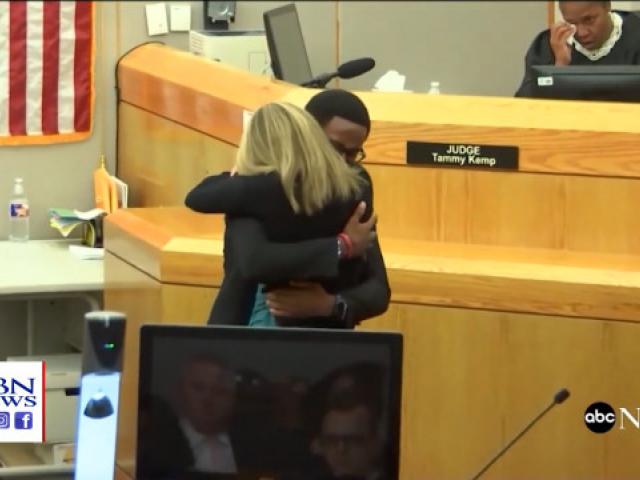 The brother of a black man who was shot dead by a white Dallas Police officer who said she mistook the victim's apartment for her own forgave the woman and hugged her in front of the courtroom Wednesday.

As some people outside of the courtroom reacted angrily to the 10-year sentence given to Amber Guyger, 31, for killing Botham Jean in his own apartment, believing the sentence too lenient, Jean's brother was allowed by Judge Tammy Kemp to address her directly from the witness stand.

Brandt Jean told Guyger that he thinks his brother would have wanted her to turn her life over to Christ and that if she can ask God for forgiveness, she will get it.

"I want the best for you," he said. "That's exactly what Botham would want you to do, and the best would be to give your life to Christ."

"I love you as a person. I don't wish anything bad on you," he said to Guyger, before adding, "I don't know if this is possible, but can I give her a hug?"

A challengingly beautiful demonstration of mercy, forgiveness, and grace. The power of the Gospel of Jesus Christ. https://t.co/uI4IwcIUmc

Judge Kemp told him he could. Then Brandt and Guyger stood up and met in front of the bench, hugging each other while Guyger cried – a remarkable show of grace that attorneys, court employees, and reporters said they'd never seen in all their years.

The judge also gave Guyger a Bible and read her John 3:16, "For God so loved the world that He gave His only begotten Son that whosoever believes on Him shall not perish, but have everlasting life." She also embraced Guyger before she was led out of the courtroom.

Jurors could have sentenced the former officer to life in prison or as little as two years, but prosecutors asked them to send her to prison for 28 years, which is how old Botham Jean would have been if he was still alive.

Dallas County District Attorney John Creuzot, a former trial judge, called Brandt Jean's embrace of Guyger an "an amazing act of healing and forgiveness that is rare in today's society ... especially for many of our leaders."

"If your 18-year-old brother can heal and express healing in that fashion, in his words, and in his deeds, I would hope that the greater community, not just Dallas but all of Texas and all of the United States, could gain a message from that," he told reporters.

Dallas' mayor, Eric Johnson, issued a statement saying he, too, was "deeply moved" by Brandt Jean's actions: "I will never, ever forget the incredible examples of love, faith, and strength personified by Botham, Brandt and the entire Jean family." 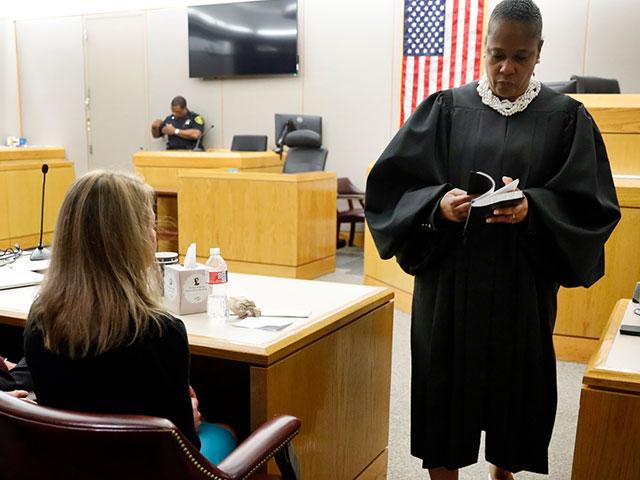