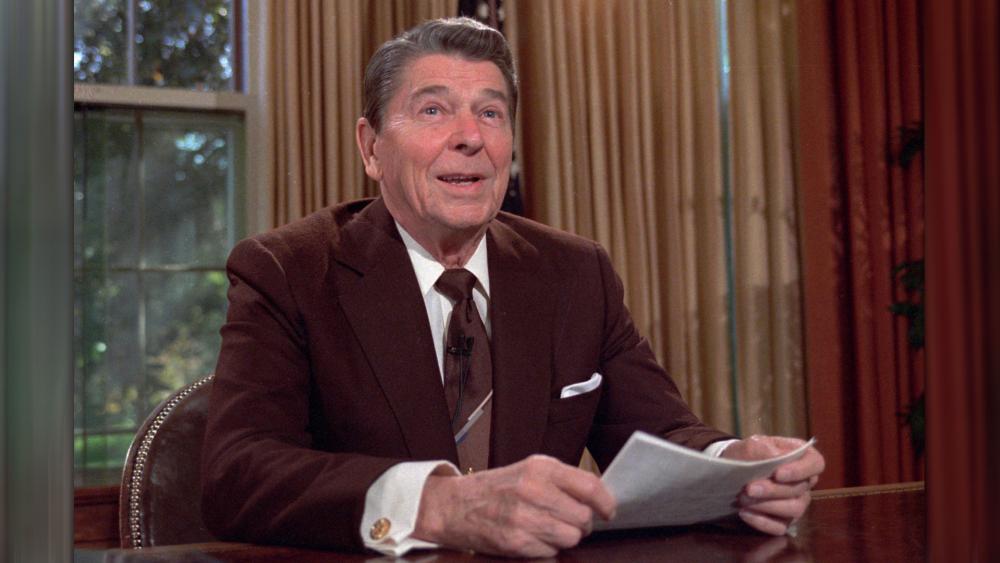 A Pennsylvania dealer of historical documents has announced a collection of private correspondence between President Ronald Reagan and Academy Award-winning screenwriter Douglas Morrow is being offered for sale.

The letters show a side of Reagan that was reserved for close friends and his political allies.

The majority of the more than 40 letters have never been published and cover a range of controversial and personal topics, from leakers in the administration to accusations he was not sufficiently supportive of Israel, as well as the aftermath of the Challenger spacecraft disaster.

Some of the highlights from the letters include Reagan's thoughts on:

The Leaks in his Administration -- "Now let's get down to the real frustration – the leaks. Doug, I've never seen anything like it and we're trying everything but a 'plumber's squad' to find and clobber the guilty. I'm convinced they are at a lower level and yes they are grinding their own axes with no regard for us or what we are trying to do. They are responsible for the stories of feuds and in-fighting which I assure you are untrue." (January 10, 1983)

His Campaign Opponents -- "The Democrats show signs of marshaling their forces to resist our efforts. So we'll take our case to the people." (January 7, 1985)

After the Challenger Disaster --  "We do have some problems, the financial one of course but a number of others such as the backlog of various machines to be put in space. We've only been able to touch on that and whether a spurt in non-manned launches should be used to reduce the backlog. Now of course we've had the recent finding by Jim that the existing shuttles have 44 things that need correcting before they fly again." (May 19, 1986)

Faith in God -- "We have to trust in God's infinite mercy and wisdom and know that Angela is in a better and happier world as we've been promised" (April 20, 1985)

Support for Jews and Israel -- "On the day of the Sinai return, while I was on the phone to Prime Minister Begin and he was telling me I was the best friend Israel ever had, a group of Jewish demonstrators were out in front of the White House protesting my anti-Israel attitude." (April 26, 1982)

Margaret Thatcher and Women  -- "All of this talk of some women about equality is foolish. The plain truth is that they are superior, as she clearly demonstrated. I don't know about you but I don't mind a d— bit that they are. As a matter of fact, it's rather comforting. During the recent Summit one of our members – leader of one of the seven nations – gave Margaret Thatcher a bad time. Later I said to her that he was certainly out of line and shouldn't have talked to her that way. She pleasantly and calmly said, 'Oh – women know when men are being childish.'"

Morrow was a Hollywood screenwriter and film producer. He earned an Academy Award for his 1949 script, The Stratton Story, a biography of baseball player Monty Stratton, who was disabled in a hunting accident. Reagan, who catapulted to fame as an actor, became friends with Morrow when Morrow sought to cast him in that part. They remained close friends throughout the Hollywood days and kept in contact through most of his presidency.

The Raab Collection, one of the nation's leading dealers in historical documents, acquired the letters from Morrow's heirs and has valued the collection at $200,000.

"It is very rare to find such an important and revealing trove of letters of a President," said Nathan Raab, principal at The Raab Collection and author of the upcoming book The Hunt for History (Scribner, March 2020).  "These letters are a window into Reagan the person and the politician."

The Raab Collection, since its founding in 1989, has carried the most important and largest archives of Reagan letters to reach the market.