2 Shootings in DC Kill at Least 1, Wound Another 8 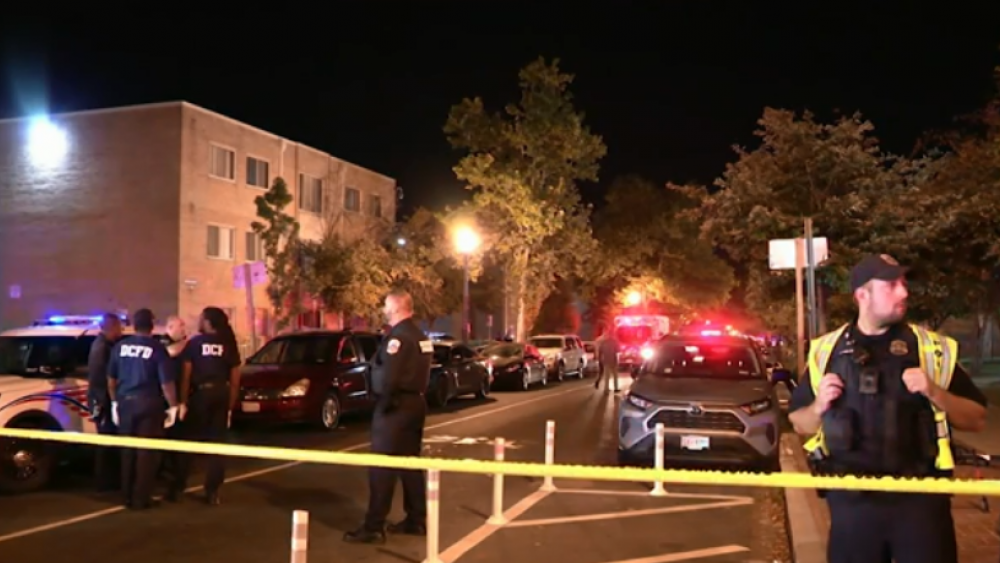 WASHINGTON (AP) - Police say one man was killed and five other adults were wounded in a shooting in the courtyard of an apartment complex near Columbia Heights Metro Station in the nation's capital.

Metropolitan police were searching for two men armed with a rifle seen at that Thursday night shooting scene in a largely residential part of the northwest Washington neighborhood, just off a busy commercial street.

Three others were wounded in another shooting in northeast Washington, although police didn't know if the two shootings were related, The Washington Post reported.

Police say five victims in the Columbia Heights shooting were men and one was a woman. In the other shooting later Thursday, two men and a woman were wounded, but an update on their conditions was not available early Friday.