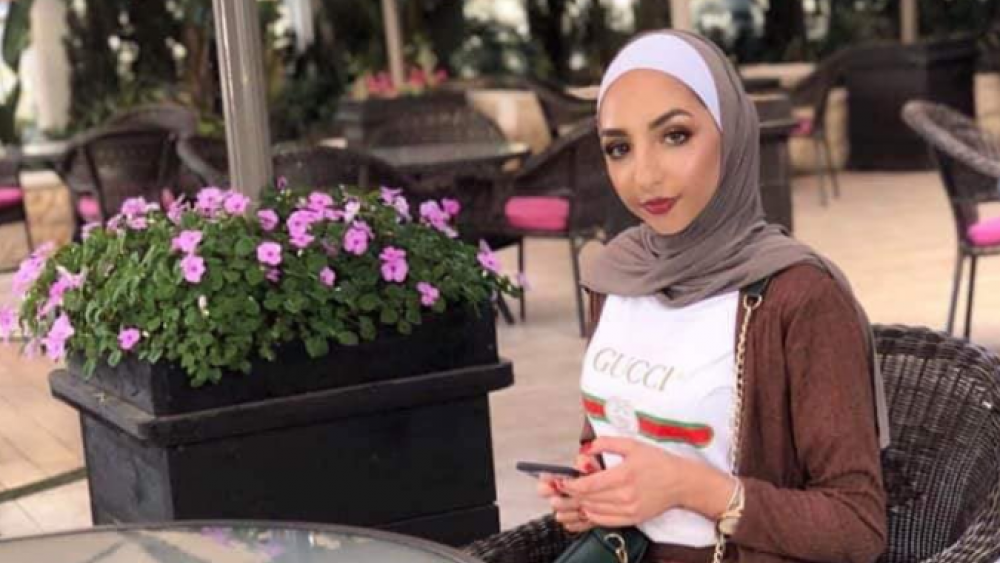 JERUSALEM, Israel - Hundreds of Palestinian women spilled out into the streets of Ramallah on Monday to demand justice following the death of a young woman who was reportedly killed by her own family in a brutal honor killing last month.

Israa Ghrayeb, a 21-year-old Palestinian makeup artist from Bethlehem, died in the hospital on August 22 after she was allegedly beaten and tortured by her family for posting a video on social media showing her on a chaperoned date with a man she was engaged to marry.

Israa's brother Ihab, a Canadian resident, was reportedly angered by the video because it showed his sister spending time with her fiancé before their official wedding ceremony.

The New Arab reports that Israa's brother was instructed by their father to beat her after relatives saw the video online.

Israa reportedly tried to escape the violent attack and broke her spine after falling off the second-story of her family home.

The family released a statement saying Israa intentionally jumped from the balcony after being "possessed by demons."

Israa later posted a picture on Instagram from her hospital room saying she would be unable to work because she was awaiting a spinal operation.

"I'm strong and I have the will to live – if I didn't have this willpower, I would have died yesterday," Israa said. "Don't send me messages telling me to be strong, I am strong. May God be the judge of those who oppressed me and hurt me."

While in the hospital, Israa's family reportedly assaulted her a second time after locking themselves in her room.

Footage taken by a hospital nurse outside her room appeared on social media and depicts her screaming and begging for her life during the alleged attack.

The circumstances surrounding her death are unclear and reports claim she died days after being attacked in the hospital.

Israa's family denies any wrongdoing and said the 21-year-old simply died from a heart attack.

Her death sent shock waves throughout the Arab world and stirred many online and in the West Bank to call for the end of honor killings and violence against women.

An Arabic hashtag which translates to #WeAreAllIsraa and #JusticeforIsraa is trending online.

Muslim men and women activists online said honor killings are serious issues and encouraged others to speak up against the practice.

#Protest in #Ramallah for #justice on Israa Ghrayeb's relatives who murdered her in a hospital in Beit Sahour. Protestors call for ending violence against women and for the PA to take action against those committing these terrible crimes. #weareallIsraaGhrayeb #womensrights pic.twitter.com/X5zS8Ws6Hv

"There is a criminal suspicion in this case," said Suhair Farraj, one of the protesters told The Associated Press. "We demand a serious investigation."

Amal Hamad, the minister of women's affairs in the Palestinian Authority, assured the protestors that justice will be served.

"If there was a crime the perpetrator will be tried," she said, adding that PA President Mahmoud Abbas instructed her to follow up on the case.

"If the Palestinian Authority wants to apply the international conventions that it has joined, it needs to change the whole set of laws. Until now these laws are old and full of flaws that can let violent perpetrators get away or get lenient punishments," she said.