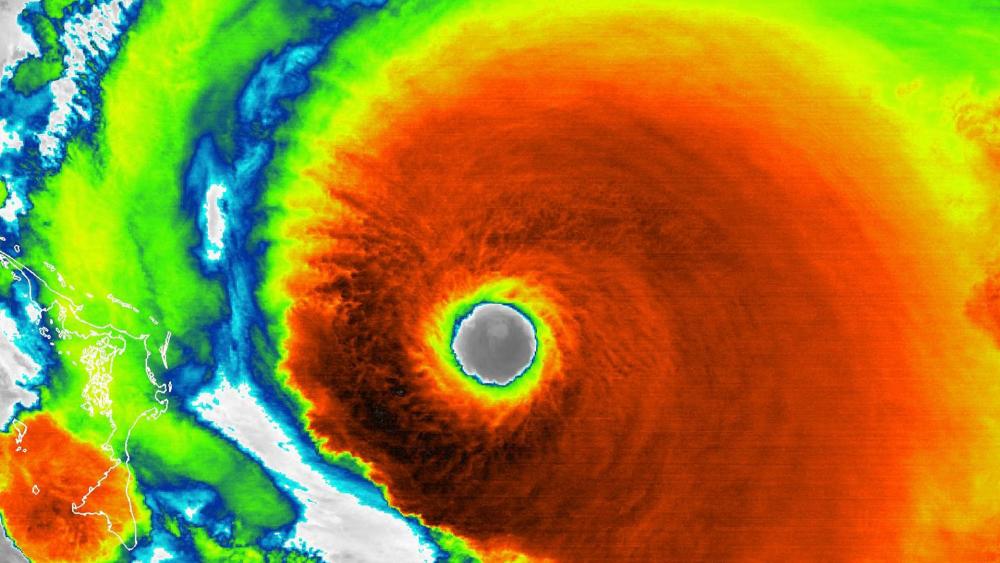 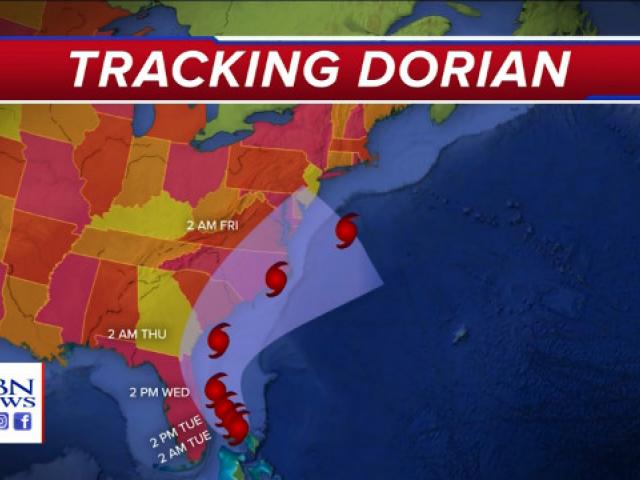 Hurricane Dorian unleashed massive flooding across the Bahamas on Monday, pummeling the islands with so much wind and water that authorities urged people to find floatation devices and grab hammers to break out of their attics if necessary. At least five deaths were blamed on the storm.

“We are in the midst of a historic tragedy,” Prime Minister Hubert Minnis said in announcing the fatalities. He called the devastation “unprecedented and extensive.”

The fearsome Category 3 storm lost a bit of strength after slowing almost to a standstill as it shredded roofs, hurled cars and forced even rescue crews to take shelter until the onslaught passed.

Officials said they received a “tremendous” number of calls from people in flooded homes. A radio station received more than 2,000 distress messages, including reports of a 5-month-old baby stranded on a roof and a grandmother with six grandchildren who cut a hole in a roof to escape rising floodwaters. Other reports involved a group of eight children and five adults stranded on a highway and two storm shelters that flooded.

"Complete devastation" were the words of the man who shot some of the first video Monday morning from the Bahamas, which showed the results of 185 mph maximum sustained winds and gusts up to 220 mph, tying the record for the most powerful Atlantic hurricane to ever make landfall.

Silbert Mills, owner of the Bahamas Christian Network said the damage was, "Like nothing I have never been through. It really feels like you are helpless and that you have to depend solely on the mercy of the good Lord who has full control over nature and the elements of nature we can never understand."

Here's what Category 5 #HurricaneDorian looked like through the night skies early this morning, courtesy of the Suomi NPP satellite. For updates on this extremely dangerous #hurricane: @NHC_Atlantic #Bahamas #GrandBahamaIsland #Abacos pic.twitter.com/0dVZM6Gy5C

Minnis called Sunday "the saddest and worst day," tweeting, "We are facing a hurricane that we have never seen in The Bahamas. Please pray for us."

As the strongest hurricane on record to strike the region, Dorian is now inching towards the Florida coastline.

The sun set on #HurricaneDorian as it battered the #Abaco and #GrandBahama islands with wind gusts of more than 220 mph today. NOAA's #GOESEast continues to keep watch over the slowing catastrophic Cat. 5 storm. Latest updates: https://t.co/ScLdyBac9D pic.twitter.com/teqJo1RT1k

President Trump, visiting FEMA headquarters Sunday, said, "The Category 5 or something that I don't know that I've ever even heard the term other than I know it's there that's the ultimate and that's what we have, unfortunately."

The slow-moving hurricane is expected to turn north and begin a week-long torrent of wind and rain on the southeast coast. South Carolina's governor has ordered evacuations along the coast, and both South and North Carolina have declared states of emergency.

Acting FEMA Administrator  Pete Gaynor said Americans need to pay attention to this storm. "Don't dismiss this storm, we are not out of it, life-threatening dangerous surge, water, wind, it's coming your way. Take time to prepare, you and your family," he said.

Florida Sen. Rick Scott says his worry is that Floridians will think they're off the hook.

Some people are heeding the warning, beginning to evacuate their homes and stocking up on gas and supplies of food and water.

The latest predictions indicate the storm will likely stay about 40-50 miles off the Florida coast, but forecasters say a slight shift in the track could bring it onshore. 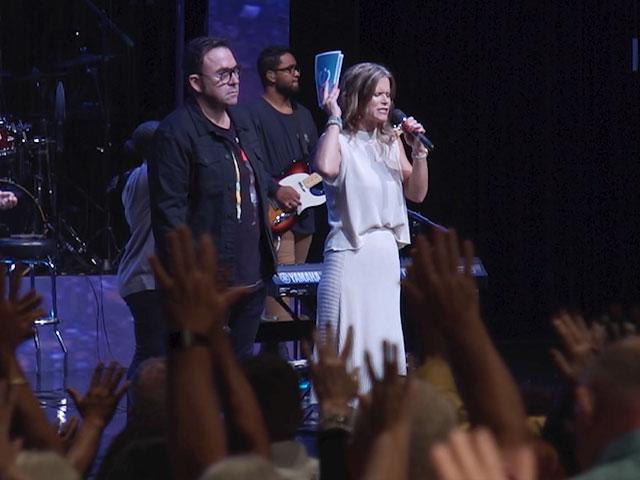