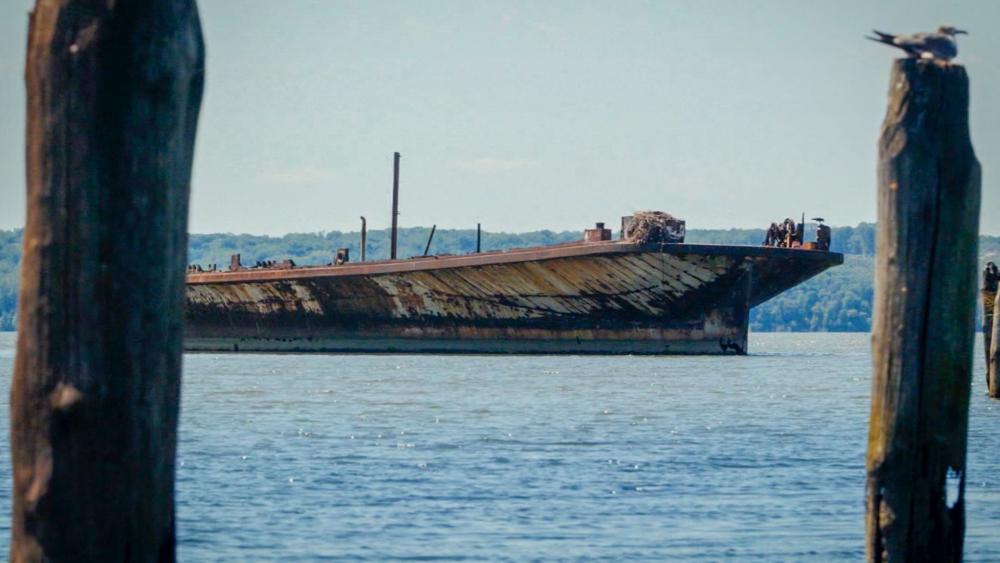 Now, the "Ghost Fleet" of Mallow's Bay is the first marine sanctuary in almost 20 years.

The steel monster presiding over the skeletons of about 100 wooden ships is one of the younger ships on Mallows Bay.

The guards standing sentry over this ship cemetery is just the tip of the iceberg.

Out of the muck, the soft tissue of the ships starts to come into focus. Their spines laid bare at low tide - a boneyard bristling with skeletons.

"When I was a kid that was kinda spooky," said Carl Sharp, the assistant park manager at Charles County Parks.

Sharp has worked here for seven years but has been exploring the ghost ships on these waters for almost 50 years.

"Back then you could kinda go in between them and um it was like, you're looking up and going 'oooh,' and of course there was ghost stories," Sharp said.

During World War I, the War Department commissioned 1,000 wooden steamships for a rush order to build transports faster than German U-boats could sink them.  After the war, those leftovers were dumped at the ship cemetery.

"They burned them down to where the waterline was then," said James Fedorko, the park manager at Charles County Parks.

Tracing the outlines of the fallen ships paints a picture of the vessels before their demise.

"Only very few of them actually ever were used and most of them just sat where they were built and then moved to the scrap pile when it became time," Fedorko said.

From the SS Boone, named by Woodrow Wilson's wife in 1918 and scrapped four years later, to a new shipwreck caught in the spine of a 100-year-old predecessor, hundreds of ships have met their fate on this southern end of the Potomac River.

"The history goes back just the way to where the water sits and how the land is," Fedorko added.

Some of the wrecks on Mallow's Bay predate the American revolution.

Now, nature is taking over this living graveyard, where ghost ships are resurrected for a new life.

Fedorko said the ships have "gone back to nature" in America's largest ship graveyard.