It's 'Dangerous' for Parents to Have 'Authoritarian Control' Over Their Kids 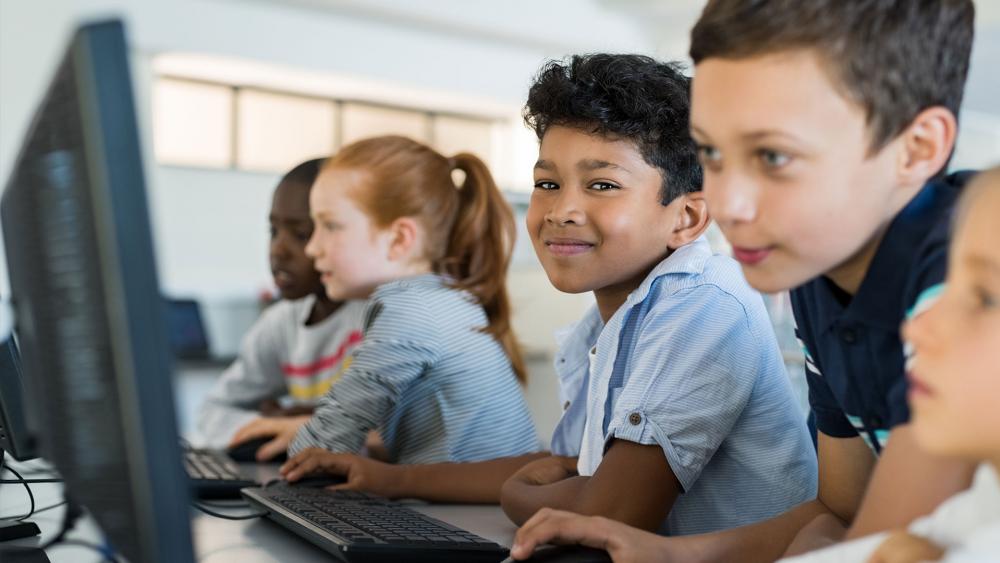 A Harvard Law professor raised eyebrows with comments critical of homeschooling in America, calling for a “presumptive ban” on the practice and taking it a step further, claiming it is “dangerous” for parents to have “authoritarian control over their children” from ages zero to 18.

Harvard’s Elizabeth Bartholet was extensively quoted in an article published on Harvard Magazine’s website titled “The Risks of Homeschooling.”

The article begins with an image of what appears to be a homeschooled child inside a home with bars on the window while other children run around outside playing.

Readers pointed out the irony in this image, noting that it’s homeschoolers who are more flexible in their schedules and able to experience society and life at their leisure while students in public school are forced to stay in a building.

The article employs and appeals to many common anti-homeschooling tropes in lieu of relevant factual and statistical information. For starters, Bartholet demeans homeschooling as depriving children of a “meaningful education” while claiming it would keep them from “contributing positively to a democratic society.”

She provided no academic studies, statistics, or even anecdotal information to back up this assertion. She also claimed that homeschooled children are at risk of child abuse because teachers won’t be able to identify potential problems at home.

There was no information presented that supported this claim that left the impression that homeschooling parents are abusive to their children.

“We have an essentially unregulated regime in the area of homeschooling,” Bartholet says, piling on the imagery of abusive homes with a “regime” that’s taking over large swaths of the country. “If you look at the legal regime governing homeschooling, there are very few requirements that parents do anything,” she added.

Bartholet makes a clear push for massive oversight over homeschoolers, and it’s based on her belief that parents should not have complete autonomy over their own children.

FAITHWIRE: Babylon Bee CEO Offers $100K in Relief to Those Impacted by COVID-19

According to Bartholet: “The issue is, do we think that parents should have 24/7, essentially authoritarian control over their children from ages zero to 18? I think that’s dangerous. I think it’s always dangerous to put powerful people in charge of the powerless and to give the powerful ones total authority.”

All of these dramatic claims malign homeschooling families as abusive, ignorant, and dangerous. One homeschool and Harvard graduate took note and issued a strong, fact-based response.

Melba Pearson took to Medium to combat this “discrimination” against homeschooling and labeled the piece as an attack on freedom and liberty itself.

I graduated from Harvard with honors. In fact, Harvard was the very first school I ever set foot in. The first 12 years of my education, I was homeschooled, from kindergarten to 12th grade. I was proud of my school, until last night, when I read Harvard Magazine’s article on the so-called “risks” of homeschooling. In essence, this article is not an attack on a form of education some might view as lesser quality. In essence, this article is an attack on the fundamental rights and freedoms that make our country (and until recently, institutions such as Harvard) what they are.

Pearson doesn’t believe it’s logical for the government to be given complete and total control of educating our children. “The idea that a government, already so inefficient and inadequate in so many areas, can care for and educate every child better than its parent is wrong.”

She did something Bartholet did not — present facts.

Furthermore, the information presented in O’Donnell’s article is faulty. It is fundamentally untrue that 90% of homeschooling families are conservative Christians (even if that were the case — why does that matter? Are we not a country committed to freedom of thought, freedom of belief, freedom of religion? Are we not a two party government wherein roughly 50% of the nation adheres to and promotes conservative or individualist thought?). She presents no real evidence regarding statistics of abuse, mistreatment, mental health, or success within the homeschooling community. In fact, there is strong evidence to the contrary — homeschooled students consistently test approximately 30% higher than the national public school average in all subjects tested. Homeschool students consistently demonstrate higher high school GPA’s, higher SAT/ACT scores, and higher first year college GPA’s. According to Harvard Admissions policies, homeschooled students are not evaluated any differently than students from other educational backgrounds.

She closed with a defense of homeschooling and a blistering critique of this professor’s anti-homeschooling views:

“I excelled at Harvard because I was homeschooled, and of that I am proud.” Pearson wrote. “It is deeply disappointing that Harvard is choosing and promoting an intellectual totalitarian path that calls for a ban of the liberties that helped me and countless others succeed, for it is those liberties and ideals that have made America the great nation it is today.”

You can check out the entire piece HERE.