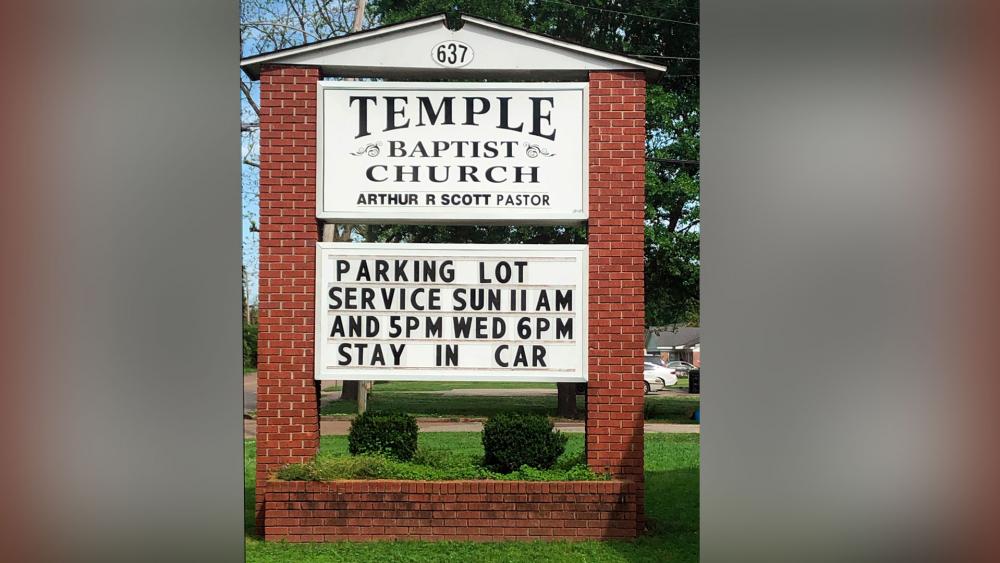 WASHINGTON (AP) — The Justice Department took the rare step on Tuesday of weighing in on the side of a Mississippi Christian church where local officials had tried to stop Holy Week services broadcast to congregants sitting in their cars in the parking lot.

As the coronavirus pandemic spread, leaders at Temple Baptist Church in Greenville began holding drive-in services for their congregation on a short-wave radio frequency from inside an empty church save for the preacher.

Arthur Scott, the 82-year-old pastor, said Tuesday that it was a good compromise for his group, a “wonderful way to preach the gospel and still it’s like they are there, but you can’t go out and see them, but you know they’re there.”

The federal involvement adds to the rising tension over reconciling religious freedom with public health restrictions designed to fight the pandemic, disputes that are playing out along the same partisan lines that mark the nation’s overall divide.

Greenville city leaders argue the services violate stay-at-home orders and could have put people’s lives in jeopardy. Church officials believe they have been singled out for their religion, especially after eight police officers were sent last week to ticket the faithful, $500 apiece, for attending services, including the pastor’s wife.

“We haven’t missed one Sunday in 45 years,” Scott said. “We love our people. This is a way we can preach to them. We’re afraid of the coronavirus as much as anybody else. And if we thought we were putting our people in danger at all, we wouldn’t do this.”

Even after the mayor said Monday they would not have to pay the fines, the church is pursuing a lawsuit saying their First Amendment religious freedoms were violated. The Justice Department sided with the church.

With federal prosecutors now weighing in, the national debate over how far coronavirus gathering limits can go to restrict religion could get even louder. President Donald Trump’s reelection appeal to devout conservative voters rests in part on his vocal advocacy for religious freedom, making the issue a politically potent one for his administration to take up.

The Kansas Supreme Court upheld Democratic Gov. Laura Kelly’s move to limit faith gatherings to 10 people, while a federal judge in Kentucky sided with a church that challenged the Louisville mayor’s restrictions on drive-in Easter services.

The church has been in Greenville for more than 65 years. Scott said his congregants, about 125 in all, are mostly older and on fixed incomes, and aren’t tech-savvy, so the radio broadcast was a way to keep them connected.

Greenville Mayor Errick D. Simmons, a Democrat, said Monday that no one will have to pay the fines, but the ban on such gatherings remains in place to try to save lives as the highly contagious virus continues to spread. He also called on Republican Gov. Tate Reeves to issue clear statewide guidance on whether people are allowed to congregate for worship during the governor’s statewide stay-at-home order that remains in effect until April 20.

The governor’s order tells people not to gather in groups of 10 or more. Reeves has said he would prefer that churches not hold services in sanctuaries or parking lots. But he has also said the government does not have the right to ban worship.

On Tuesday, he tweeted thanks to Attorney General William Barr “for this strong stand in support of religious liberty. The government cannot shut down churches.”

Attorney Ryan Tucker of the Alliance Defending Freedom, which represents the church, says there’s a Sonic Drive-In restaurant about 200 yards (180 meters) from the church where patrons are still allowed to roll down their windows and talk.

He said they will continue the lawsuit seeking a restraining order because the mayor’s order remains in place.

“The threat is still present,” he said. “The mayor did not say he’s rescinding the order.”

The Justice Department argued in the filing that the city appeared to be targeting religious conduct by singling churches out as the only essential service (as designated by the state of Mississippi) that may not operate despite following all Centers for Disease Control and Prevention and state recommendations regarding social distancing.

“The facts alleged in the complaint strongly suggest that the city’s actions target religious conduct,” the filing says. “If proven, these facts establish a free exercise violation unless the city demonstrates that its actions are neutral and apply generally to nonreligious and religious institutions or satisfies the demanding strict scrutiny standard.”

Barr said that he believes there is a sufficient basis for social distancing rules that have been put in place, but that the restrictions must be applied evenly and not single out religious institutions.

“But even in times of emergency, when reasonable and temporary restrictions are placed on rights, the First Amendment and federal statutory law prohibit discrimination against religious institutions and religious believers,” Barr said in a statement. “Thus, government may not impose special restrictions on religious activity that do not also apply to similar nonreligious activity.”

The Justice Department has made similar filings in other religious liberty cases, including one in February in support of a Kentucky wedding photographer who is challenging a city ordinance banning businesses from discriminating against gay customers by arguing it would violate her religious beliefs. In June 2019, the department filed a statement of interest in a case in Maine, arguing that a law that banned religious schools from the state’s tuition program was unconstitutional.

In previous administrations, such involvement was highly unusual.

“A free society depends on a vibrant religious life by the people,” Barr said in an interview with Fox News last week. He said he would “hate to see restrictions on religion continue longer than they are strictly necessary.” 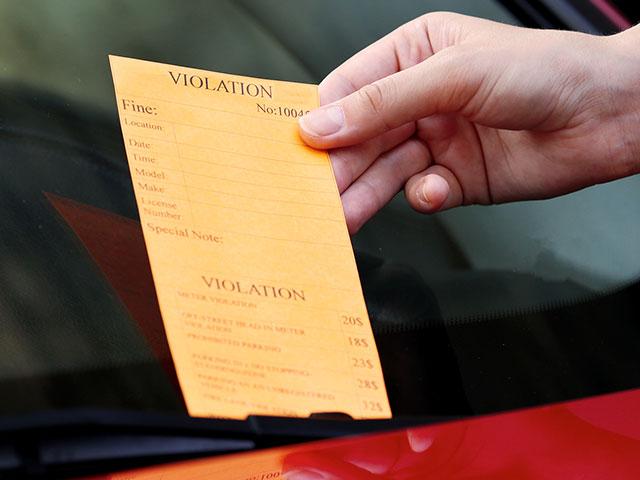